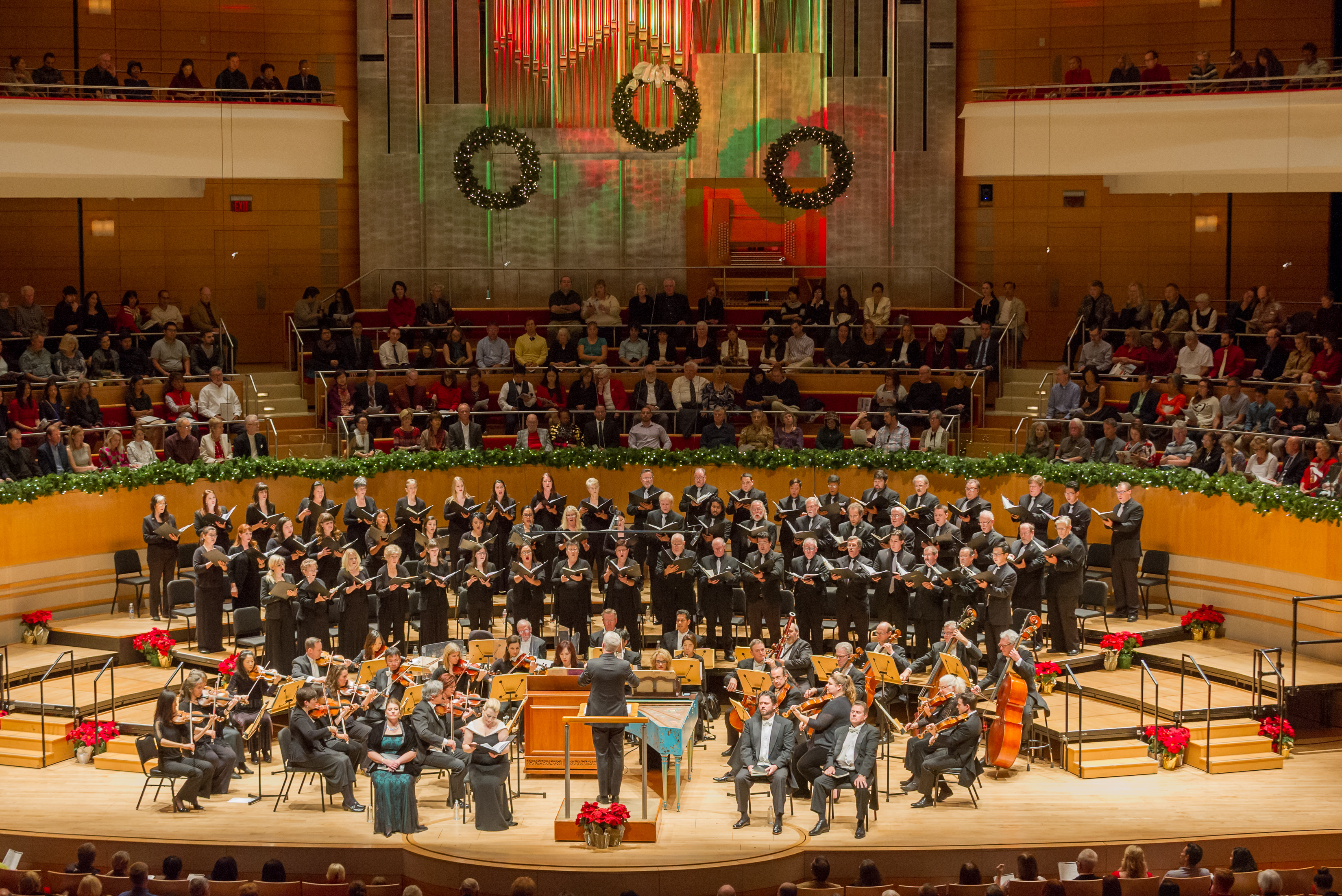 “Hallelujah!” This single word is one of the most recognized in Handel’s “Messiah,” a work that is equally well known throughout the masses since its premiere in 1741. But those fans of Pacific Symphony and Pacific Chorale would know that this lyric is also the beginning of long-time partnership between these two groups.

During Pacific Symphony’s 1983-84 season, Pacific Chorale joined the orchestra at Fullerton’s Plummer auditorium for Roger Wagner’s (founder-conductor of Los Angeles Master Chorale) legendary reading of Handel’s “Messiah.” Later in that season, Pacific Chorale broke bread, or rather shared apple pie for dessert, with Pacific Symphony musicians and the community members in a picnic hosted during the intermission of “American Music and Apple Pie,” a concert that featured the works of Copland, Barber, Harris and Erb in the new home of the Symphony (at that time) at the Santa Ana High School auditorium.

Pacific Symphony continued this glorious partnership, with many performances of “Messiah” over the years.

Pacific Symphony and Pacific Chorale have a long history of recording projects dating back to the mid-1990s, when they recorded “Voices” by Stephen Paulus and “Songs of Eternity” by James Hopkins on one disc (1995) and Elliot Goldenthal’s Vietnam Oratorio on another (1996). Subsequent collaborative recordings include the music of distinguished American composers: William Bolcom, Richard Danielpour, Michael Daugherty, Philip Glass and Frank Ticheli.

Founded in 1968, Pacific Chorale originated as a group of singers rehearsing for a performance of Mendelssohn’s “Elijah” at the University of California, Irvine, conducted by Dr. Maurice Allard, later becoming the Irvine Master Chorale. Eventually John Alexander, artistic director emeritus, would take over for a remarkable 45 seasons from 1972-2017. Along the way, the Chorale changed its name to Pacific Chorale to reflect “Orange County’s (and California’s) identity as a coastal community taking part in the rich network of cultures and traditions that encompass Earth’s largest ocean.”

Pacific Chorale comprises 140 professional and volunteer musicians, led by Robert Istad who took over for John Alexander in the 50th season (2017-18), after being assistant conductor since 2004. Like Alexander from 1996-2006, Istad is also the director of choral studies at CSUF. Additionally, he serves as a music professor, and the leader of the University Singers and the Women’s Choir. 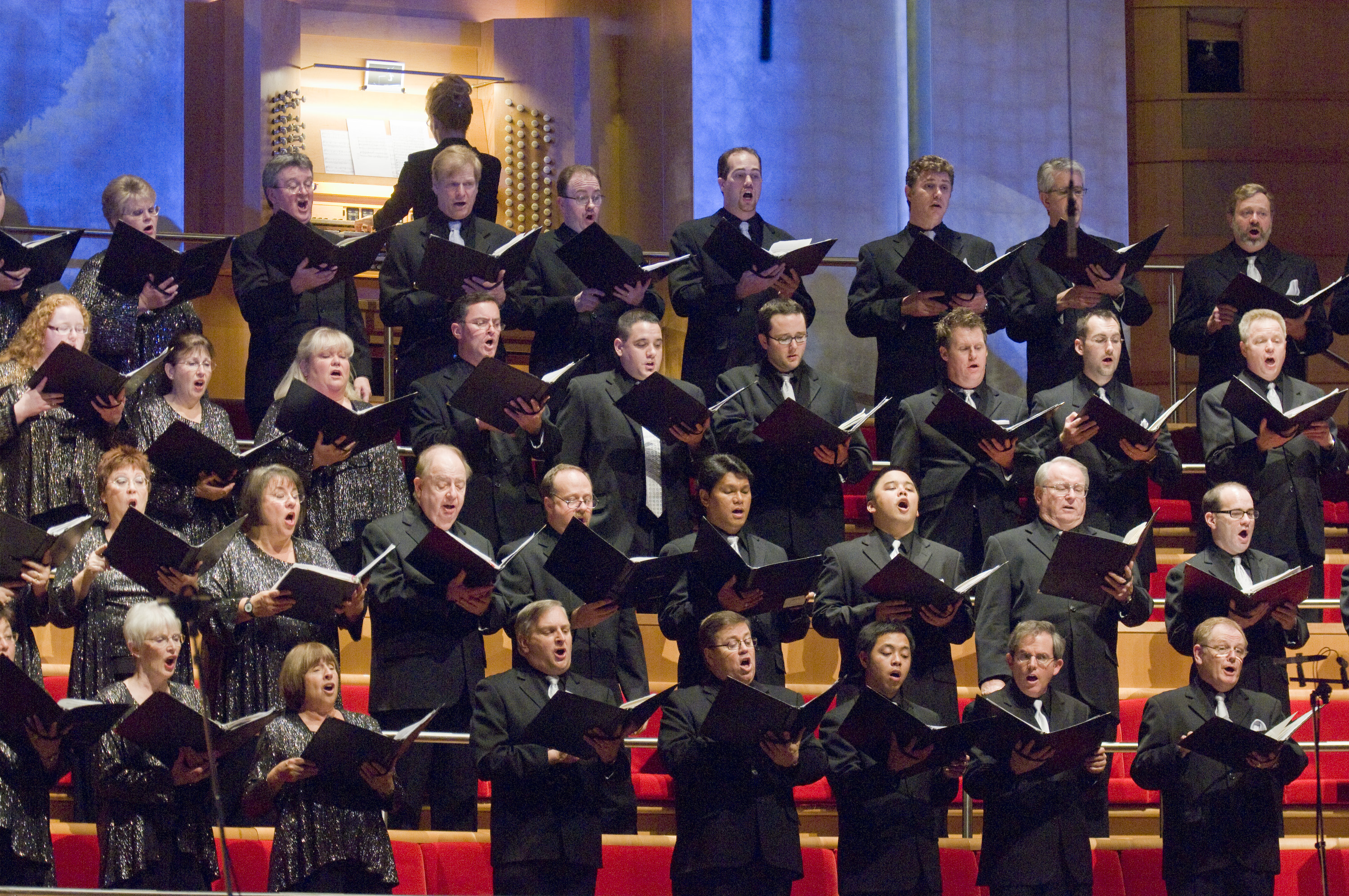 Like Pacific Symphony, Pacific Chorale takes pride in their education programs for youth and forbringing lifelong learning opportunities to surrounding communities. These programs include the Choral Academy for elementary students, the Choral Camp, in association with CSUF, to provide music theory and vocal production training for high school students, a free annual summer Choral Festival, and Intro to the Arts and Passage to Arts programs that partner with organizations and high school chorale directors to bring free Pacific Chorale concerts to at-risk and low-income children.

This year Pacific Chorale will sing “Hallelujah” again during Pacific Symphony’s 40th anniversary season in their shared home, the Renée and Henry Segerstrom Concert Hall, on Sunday, Dec. 9. It promises to be a stirring performance!

One thought on “Pacific Symphony Salutes the Pacific Chorale”