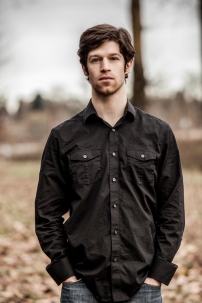 In March 2018, our very own Pacific Symphony Youth Orchestra (PYSO) performed the world premiere of “Analog Intelligence” by Brendan Faegre—a young composer who has reimagined what an acoustic orchestra can do. “Analog Intelligence,” for example, recreates an electronic soundscape by manipulating different parts of the orchestra to mimic effects created by a synthesizers and drum machines. The 3 movements are named after 3 related styles of electronic dance music, namely Dubstep, IDM (Industrial Dance Music) and Drum’n’Bass. Faegre’s composition represents forcing electronic music idioms into the classical form – no easy task.

It took much practice by the PYSO to create the effects needed for the full expression of this piece. Some of the innovations used to make the work more immersive included organizing the orchestra to sound like music was oscillating from ear to ear, creating a sort of stereo pulsing effect. To create a distortion effect, the strings put aluminum foil mutes on their fingerboards, giving their sound a grit and buzz.

Check out their performance of this unique, genre-bending piece below:

This coming Monday at 7 p.m. (Nov. 18), Pacific Symphony’s Youth Orchestra returns to the Renée and Henry Segerstrom Concert Hall to perform popular favorites from Marquez, de Falla, Ginastera and Britten in their PSYO Fall Concert! We’re very excited to see what they have in store.

Other Fall Youth Ensemble concerts include:

Jacob Sanchez is an arts and culture writer based in Southern California. His work has been published in the “Inkslinger” and “River Voice” journals.