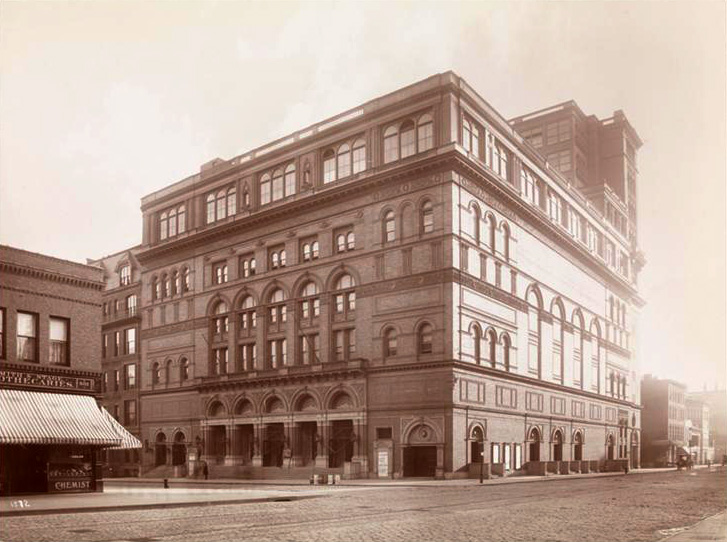 For Carl St.Clair and Pacific Symphony, April is the coolest month. It’s all about Carnegie Hall. As in the conductor and orchestra will make their debut there. Yes, it’s a big deal.

The 80th birthday tribute to Philip Glass presented this season by Carnegie is the occasion for the visit from our local musicians. They’ll give the New York premiere of Glass’ oratorio “The Passion of Ramakrishna” as a climax to that tribute, on April 21. The program delves deeply into the influence of Indian music on Glass and also includes “Meetings Along the Edge,” a collaboration with Ravi Shankar, and Shankar’s Sitar Concerto No. 3, with Shankar’s daughter Anoushka Shankar as soloist.

Luckily, if you can’t make it to Carnegie Hall for the performance, the program is performed here in Orange County three times, April 12-14. Tickets here

The month opens with the return of Cirque de la Symphonie, the popular acrobatic troupe.   Fliers, contortionists, dancers, jugglers, strongmen, gymnasts and what have you perform amazing feats accompanied by live symphony orchestra. Roger Kalia conducts the orchestra in this new show with music by John Williams, Hans Zimmer, Randy Newman and others. April 6-7. Tickets here

A slightly shorter version of the same, called “Cirque for Kids!,” is performed as part of the Family Musical Mornings series on April 7. Tickets here

If you haven’t yet taken the opportunity to visit the acoustically vibrant Soka Performing Arts Center in Aliso Viejo, April 15 might be the perfect time to do so. St.Clair conducts the Symphony, the USC Thornton Choral Artists and soloists in a single work, Beethoven’s Symphony No. 9, “Choral.” Tickets here

Silent movie musical scholar and organist Dennis James is back to climb aboard the Gillespie pipe organ on April 29, this time to accompany the classic German Expressionist film “Nosferatu,” a still creepy 1922 re-telling of the Dracula tale. Tickets here

PARTY FOR A CAUSE