March 2020 starts off strong, with two great events on the first day! 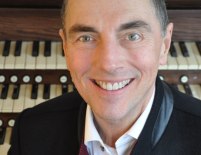 Build your understanding of classical music with an informative talk about to understanding compositions by composer and KUSC radio host, Alan Chapman. You can also check out a performance by organist David Higgs who is considered to be a superstar behind the keys. Higgs is one of the few organists consistently selected to christen organs all around the world. As for Alan Chapman’s talk, few classical radio hosts can speak with such clarity and insight about classical music. He will focus on what composers are doing through their work, how they are doing it and why. His talk is guaranteed to open up the world of classical music, allowing you to experience music like never before. Both events begin at 3 p.m.

Pink Martini returns to the hall on March 13-14 at 8 p.m. to perform their exciting set that delighted us all last year. Pink Martini’s 23 person band crosses multiple genres—including classical, salsa, jazz, pop and more—to create an energetic and enthusiastic concert that is truly a genre-bending experience. Seeing them perform has been described as a journey around the world—one moment you are at a samba parade on sands of Rio De Janero, the next you are in a Ventian Hall in Paris. Founding band member Thomas Lauderdale calls it “an urban music travelogue.”

On March 16 at 7 p.m., Pacific Symphony Youth Wind Ensemble (PSYWE) will perform their first concert of 2020. This special showcase concert features a unique collaboration with other talented young musicians from around the region, as well as the world premiere of composer Steven Mahpar’s work, “Simurgh,” written in celebration of Nowruz. The exciting thing about this concert is all the pieces being played are by contemporary composers, each with their unique vision of how the Classical genre is evolving. 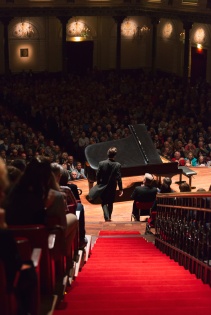 With this year marking Beethoven’s 250 birthday, we are going all out! From March 19-21 we have a unique concert series called Beethoven’s Piano Concertos featuring a different selection of Beethoven’s work, every night. Playing the piano concertos we have the incredible pianist Alexander Romanovsky headlining each concert. The talent Romanovsky brings is almost unparalleled, evidenced when he was awarded the title of Honorary Academician by Accademica Filarmonica di Bologna, at age 15—the youngest since Rossini and Mozart. In addition to the piano concertos, we will perform different selections each day from Beethoven’s romance collection and overtures, as well as Symphony No. 8 on the last day.

Following that weekend on Monday, March 23 at 7 p.m., Pacific Symphony Youth Orchestra is back in concert. They are juxtaposing two pieces, Dmitri Shostakovich’s “Symphony No. 5” and Chris Rogerson’s “Luminosity.” The two pieces not only contrast the differences in classical composition between Russia and America, but also across time; “Symphony No. 5” was composed in 1937, while “Luminosity” was composed in 2010. Finally, on March 28, at 8 p.m., we welcomes legendary singer Shahram Nazeri and his son, composer Hafez Nazeri, for a celebration of Nowruz, the Iranian New Year. Nowruz is a traditional festival that marks the beginning of spring, and celebrates the “rebirth of nature” and the washing away of the past. Join us for a concert that unites cultures through the power of music!