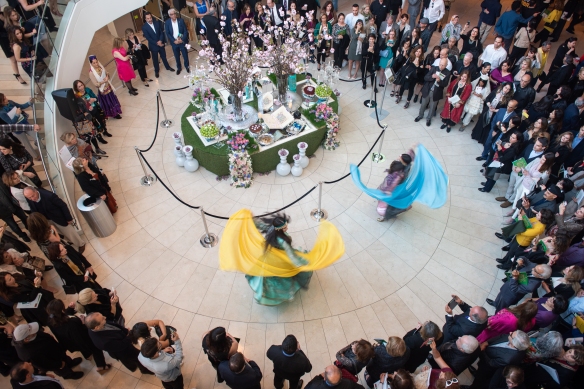 The vernal equinox is a time of celebration everywhere, but perhaps no one takes the arrival of spring more seriously than Persians. They have celebrated the festival of Nowruz, the Iranian new year, for thousands of years. Today, Nowruz, translated as “new day,” is observed by over 75 million people from diverse ethnic and religious backgrounds. It’s a holiday honoring rebirth and renewal filled with family, friends, feasting, music, poetry, and hope for a bright new year to follow. 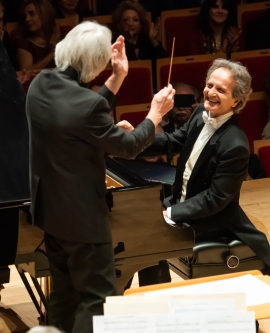 This year, Pacific Symphony in collaboration with the Farhang Foundation presents an intriguing concert featuring traditional Persian music and prominent Iranian performers with Music Director Carl St.Clair leading the orchestra on March 28 at 8 p.m. The concert opens with Glinka’s Overture to “Russlan and Ludmilla,” a Persian March by Johann Strauss, Jr., and selections by the contemporary Iranian composer Shardad Rohani, who also appears as piano soloist and conductor. The program’s featured artists will be the popular Iranian vocalists Shahram Nazeri and his son, Hafez Nazeri. Described as “Iran’s Pavarotti” by The Christian Science Monitor, Shahram Nazeri and his son have toured North America performing record-breaking sold-out concerts to rave reviews, holding a record for the most highly attended Persian classical music concert outside of Iran. Doors open at 7 p.m. and before the concert, the lobby will be the scene for audience members to enjoy traditional Iranian dances, along with a festive Haft-sîn table abundant with symbols of spring and renewal on display 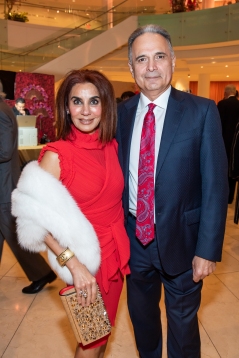 Anoosheh Oskouian (CEO of Ship & Shore Environmental, Inc.), who serves as a trustee of the Farhang Foundation and as a board member of Pacific Symphony, commented, “This is the third time—and the second consecutive year—that Pacific Symphony is partnering with the Farhang Foundation to celebrate Nowruz, which marks the arrival of spring and rebirth of nature.” She continued, “Before the evening concert, the lobby of Renée and Henry Segerstrom Concert Hall comes alive with the colorful dancing and folk music of Iran The spirit of the season will sweep people away when they see the large-scale Haft-sîn table, which symbolizes a traditional Iranian tablescape celebrating the spring equinox.. And we all look forward to the evening concert presenting the legendary singer Shahram Nazeri and his son, composer Hafez Nazeri take the stage, transporting us to another time and place.”

Carl St.Clair said, “Pacific Symphony values its position as a cultural resource and leader and we embrace Orange County’s rich and diverse communities through contextual programming. This is a way to connect on a more personal level and this also reflects my own wish to enrich lives through the beauty and power of music.”

Learn more about our Nowruz concert, and grab your tickets, on our website here!

Written by Jeanne Quill. This article has been reprinted with permission by KUDOS Newport Beach.