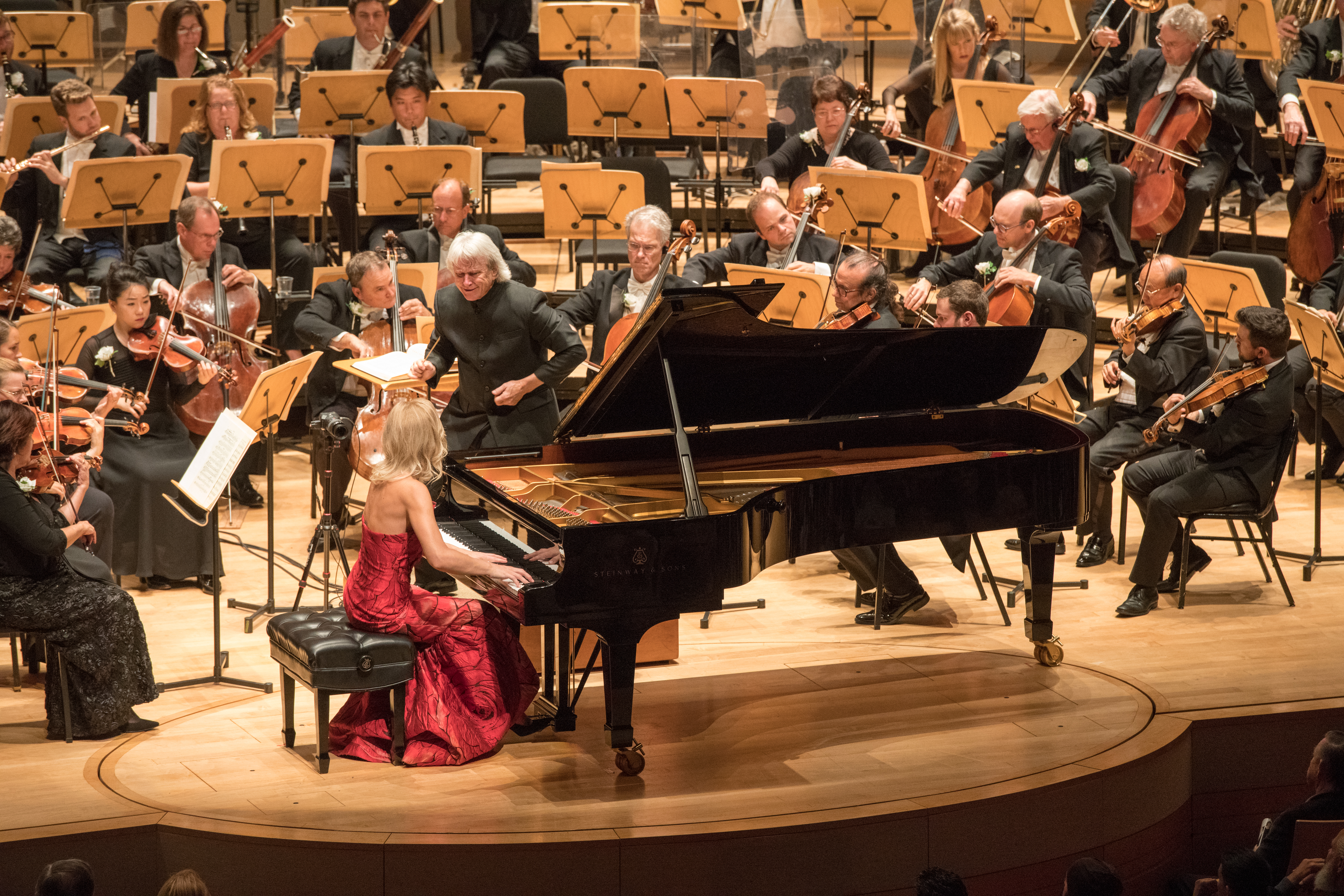 As our 40th Anniversary season kicks into high-gear, we’re back, and prouder than ever to share with you some of the highlights of reviews from Opening Weekend.

Two of the orchestra’s members made their solo debuts with the Pacific Symphony a successful one. Dennis Kim, the newest concertmaster, and Meredith Crawford, in her second year as principal violist, were featured in Mozart’s Sinfonia concertante in E-flat Major for Violin, Viola and Orchestra.  … In all these situations, Kim and Crawford excelled with the utmost professionalism and resolve, their interplay most impressive.

Kim played the 1701 Stradivarius with a clear, concise sound and dexterity that was very expressive, while Crawford produced a very rich tone full of warmth in her instrument.

Pacific Symphony Turns 40 With a Bang and a Big Party

Violist Meredith Crawford was the big surprise of the evening. The Maine native has been playing with Pacific Symphony for a few years, and she was promoted to principal viola last year. Crawford has a big, warm, inviting tone that’s reminiscent of master violist Donald McInnes. …

All in all, Thursday was the 40thbirthday party the orchestra deserved. Now that this ensemble is in is prime, and a new concertmaster is in place, it’s time to climb some higher mountains.

Who would have known 40 years ago that a new local band named “Pacific Chamber Orchestra” would one day become Orange County’s important culture ambassador around the world? …

Listening to her gentle, poetic treatment of the second subject in the long virtuoso cadenza, I was more convinced than ever that Olga Kern is one of the finest pianists of our time. (Someone please tell me why she has not played at the Disney Hall!)   Under maestro St. Clair, the orchestra accompanied her impeccably in fine Russian style – a mixture of fire, melancholy, but no tears.

What made the performance [of Mozart’s Sinfonia concertante] so special, however, were the soloists Dennis Kim and Meredith Crawford, respectively the PSO’s new Concertmaster and viola section Principal. Searching around for a metaphor to describe their playing and interaction, to me they seemed perhaps like a pair of probably new but already very good friends, enthusiastically exploring and discussing an inexhaustible range of ideas in common, and finding nothing to disagree about.
Their playing was muscular, joyful, quietly plangent by turns as the mood of the music demanded, both players always acutely aware of and responding to what the other was doing. It was a performance to treasure.