A Time to Reflect, A Time to Celebrate: Carl St.Clair Muses on His Milestone 30th Anniversary (Part 1/2) 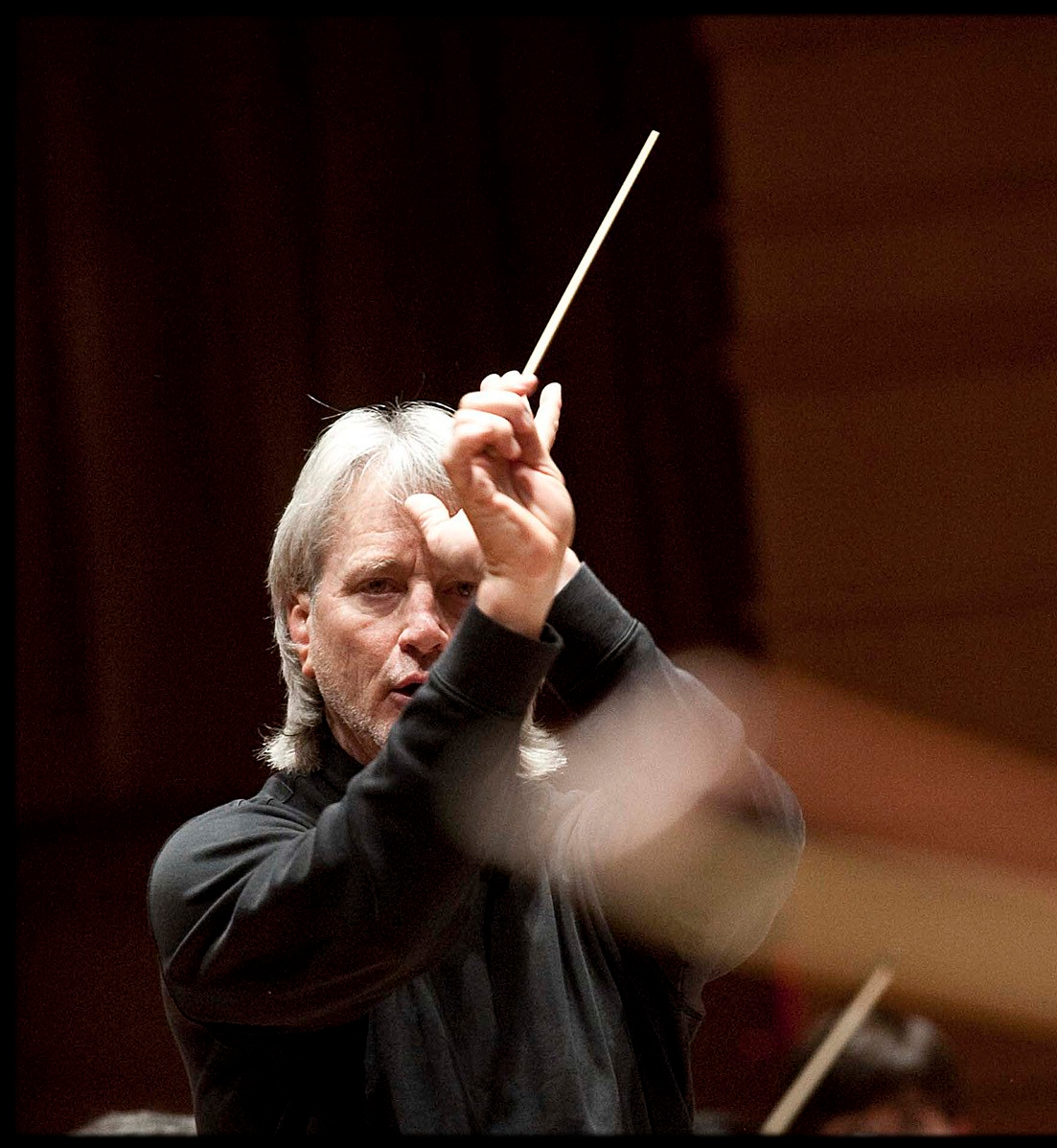 Blockbuster film composer John Williams and Carl St.Clair go back a long way—30 years to be exact. In fact, one could say we’ve got John Williams to thank that St.Clair came to Pacific Symphony in the first place. St.Clair took time out during his busy rehearsal schedule recently to tell the story of how it all began. He also spoke about the musical inspiration that has informed how he programmed his landmark 30th anniversary season, running from September 26, 2019 through June 13, 2020.

Carl St.Clair had no awareness of Pacific Symphony when he was on the East Coast in the late 1980s working with the Boston Symphony as assistant conductor to Seiji Ozawa. John Williams opened the Boston Pops series in 1989, and in May of that year, he said to St.Clair, “I just conducted this orchestra on the West Coast in Orange County called Pacific Symphony. They’re looking for a music director. They should know about you, and you should know about them. They’re all cracker-jack musicians playing in the Hollywood movie studios.” Williams put in a good word for St.Clair with Pacific Symphony management, and in January of 1990 the 37-year-old conductor flew out to Orange County.

For his audition, St.Clair would conduct Mozart’s Overture to The Magic Flute and Exsultate Jubilate along with Joseph Canteloube’s Songs of the Auvergne. Because St.Clair felt the program needed to be balanced with something more serious, he suggested to Lou Spisto, the Symphony’s executive director at the time, that he add Tchaikovsky’s Sixth Symphony, the “Pathéthique.” He chose it because his mentor, Leonard Bernstein, had just conducted the “Pathétique” at the Serge Koussevitsky memorial concert at Tanglewood the previous summer. In fact, every time Bernstein would do a particular piece at Tanglewood, St.Clair would try to program that same work on his next season. He was so inspired by everything Bernstein did, he wanted to utilize all he learned from him as soon as possible.

St.Clair got a call from Spisto saying, “Well, some of our board members are worried that the ‘Pathétique’ ends very soft and slow and maybe we should put that on the first half and have the soloist on the second half.” St.Clair didn’t agree: “Lou, listen, if we can play another note after a performance of Tchaikovsky’s ‘Pathétique,’ then don’t hire me because then we would not have played it well. We should have exhausted everything after that and be unable to play anything.” 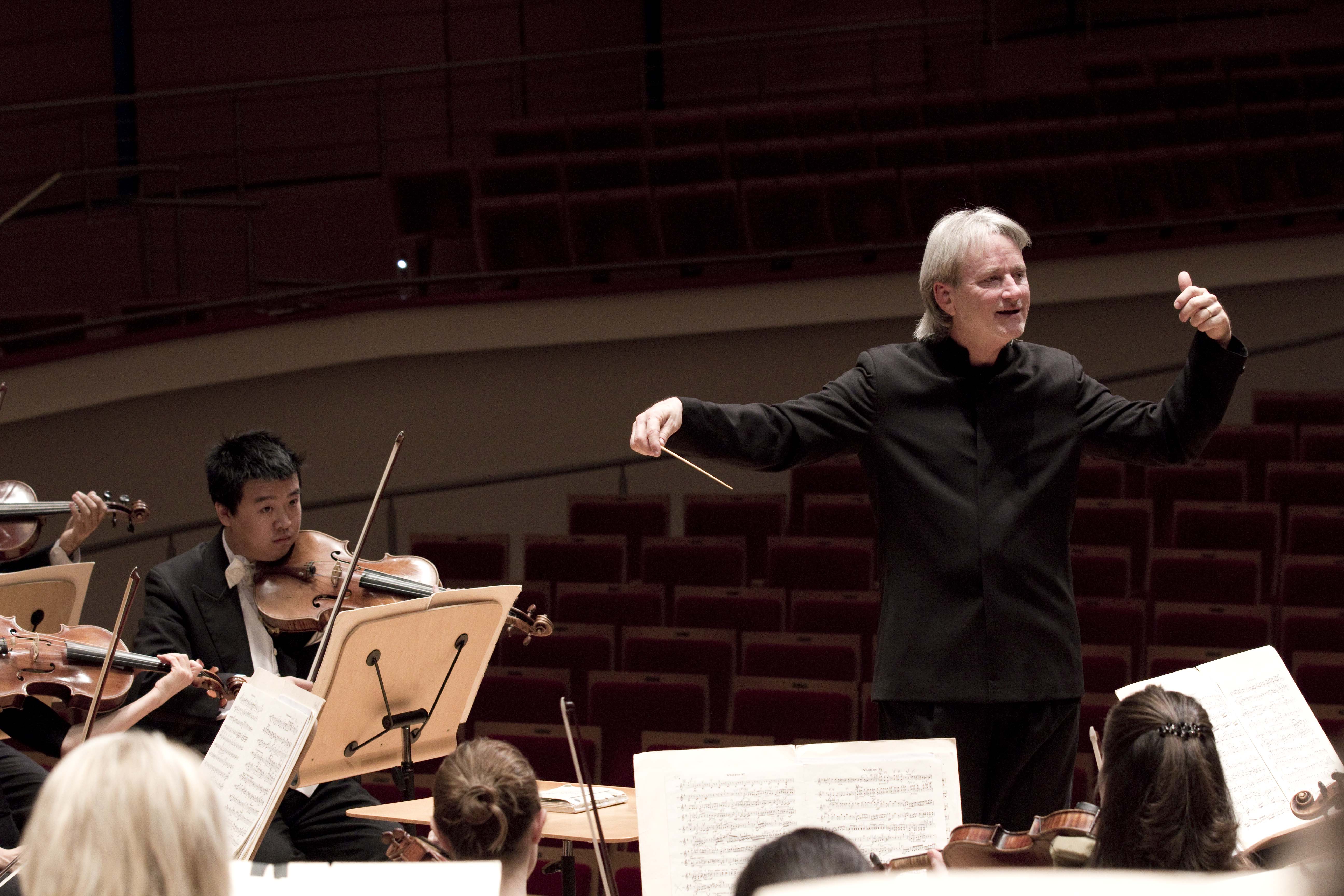 St.Clair’s audition concert with Pacific Symphony had some unexpected twists and turns. Just days before the first rehearsal, the guest soprano’s visa from England didn’t come through. Due to St.Clair’s good connections in the music business, he called in a favor and Benita Valente agreed to sing three of Mahler’s Rückert Lieder along with the prescheduled Exsultate Jubilate. There had been some confusion about which Mozart overture would be performed. St.Clair was ready with The Magic Flute, but the printed program book read The Marriage of Figaro Overture, for which orchestra parts had already been rented. In spite of some minor fiascos, St.Clair commented that the “‘Pathétique’ was particularly powerful and forged a really strong relationship between the audience, the musicians, and me. That work played a pivotal role in my being hired as Music Director–it was based on my music-making of that Tchaikovsky symphony. That’s why it had to be included in my 30th season programming.” 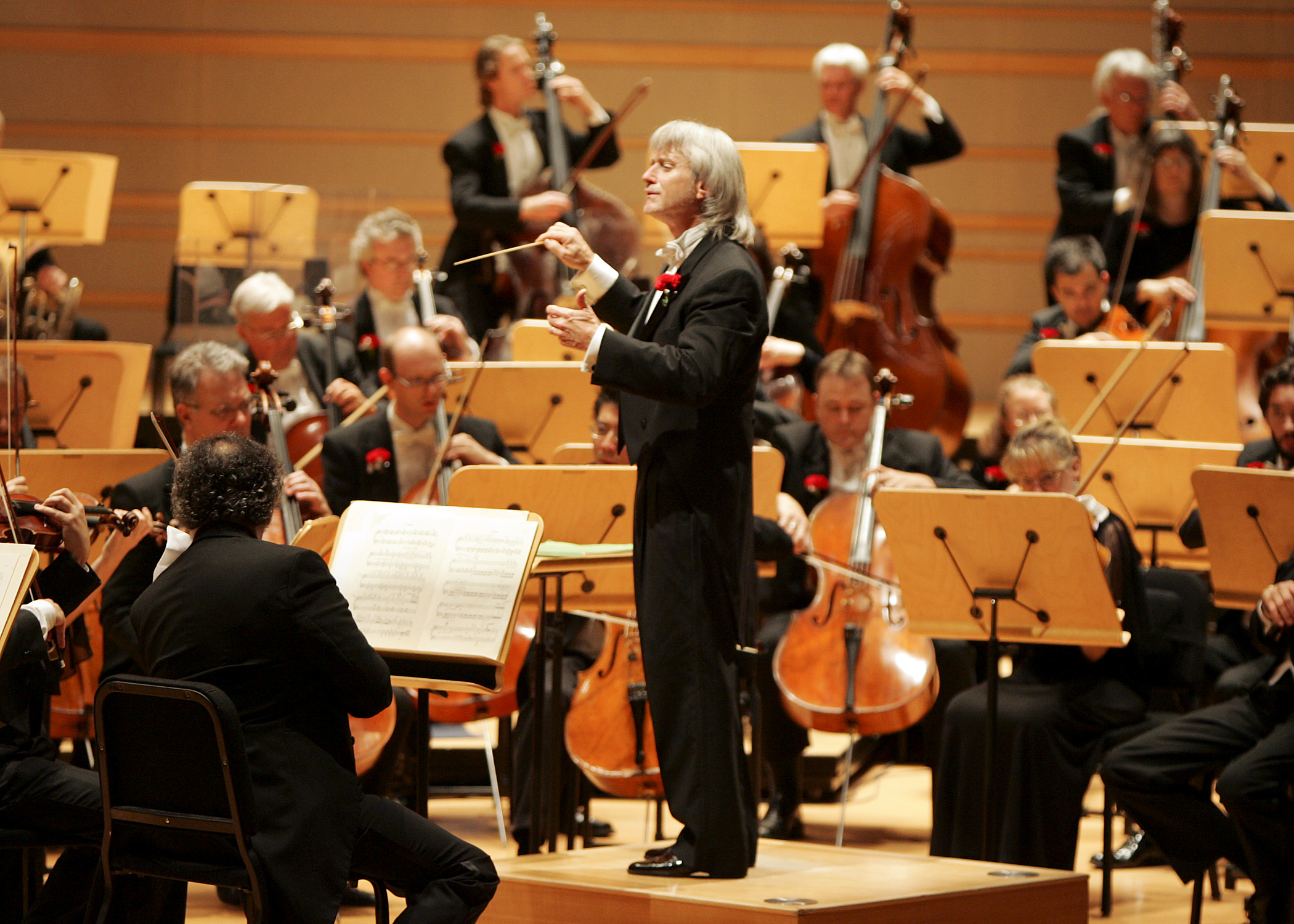 Looking over the 2019-20 season, St.Clair admitted, “There are a lot of mental, emotional, and personal associations with the works I’ve programmed for my 30th. This season has more connective DNA tissue than any season I’ve ever assembled. I’m honoring my teachers, my friends, and fellow musicians. For me, this is a time to reflect and to celebrate so many meaningful musical moments.” He went on to mention a few other works and composers that needed to be included because of their unique associations with his career and with Pacific Symphony.

St.Clair continued, “One of the pieces that had to be on the season was Beethoven’s Seventh. That’s crucial because it was on Bernstein’s last program and was the last piece he conducted in August 1990. I actually shared that program with him and premiered his final composition, Arias and Barcarolles.”

Chicago native and musicologist Jeanne Quill has been working in the classical music industry and writing about music for the last 25 years. A past editor for Clavier magazine, she has blogged for The Huffington Post as well as writing articles for Chamber Music America, Ovation Magazine, and other media outlets.

A Time to Reflect, A Time to Celebrate: Carl St.Clair Muses on His Milestone 30th Anniversary (Part 1/2)