We rolled into Wuxi (pronounced Woo-she) at a little after noon Friday, having left our hotel in Hefei at 8:30 a.m. Wuxi is on the way back to Shanghai on the train line; we had passed through it on our way to Hefei. Now we were taken to the Hyatt Regency there, the tallest building in the city, the lobby on the 43rd floor and our eatery on the 65th. My hotel room wasn’t ready when we arrived, but when it finally was, I had a ridiculous view of the city. 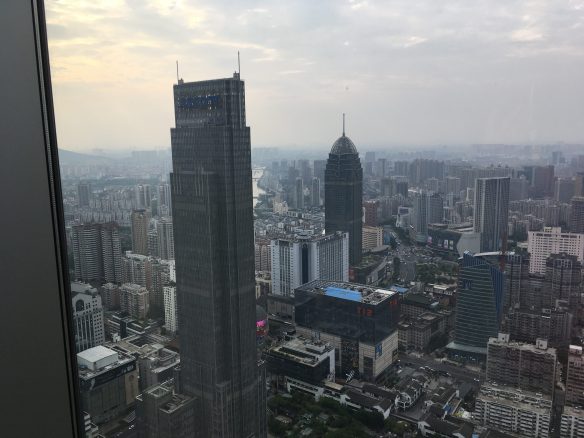 While we were waiting for our rooms, Pacific Symphony president John Forsyte strolled by and asked if I’d like to take a walk. A concierge directed us to a local park that was crammed with people and activities, John and I standing out as the only Westerners. This boy and his mother (I would guess) took a liking to me. 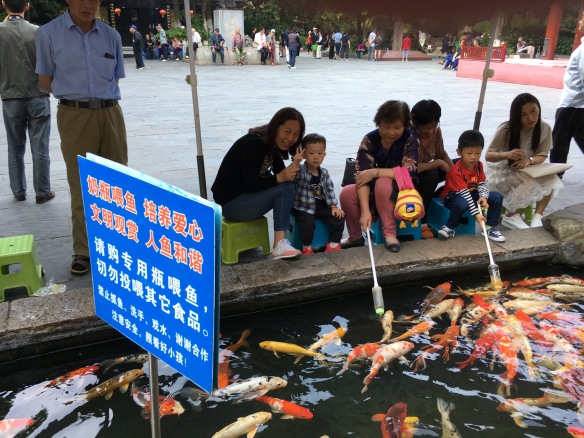 The concert venue that night, the Wuxi Grand Theatre, was as impressive on the outside as they come, a massive structure (that I could only photograph part of) designed by Finnish architect Pekka Salminen. 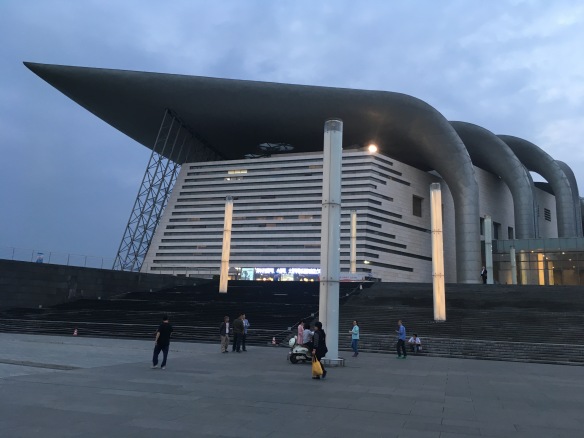 The single thing I will remember most about the Wuxi concert Friday — I kid you not — is the bass drum in “Daphnis and Chloe.” The audience was as we’ve come to expect (loud and lovable), but I’ve never heard a bass drum sound like this ever before. These hits are fortissimo solos near the end of the Suite No. 2, and I do mean solos. Everything stops a split second for the hits, after which the orchestra explodes off of them. Something about the combination of the acoustics of the hall, the wood-paneled shell behind the drum, the drum itself, the mallet and the drummer (I’ll get his name) created an unbelievable impact, like the side of a mountain was being hammered. What a thrill.

Update: The bass drummer’s name is Eddie Menses. I talked to him about the solos described above and he seemed pleased that someone had noticed.

Saturday was a free day for the musicians, many of whom went out and about to see the sights in and around Wuxi. I was among those who took a white-knuckle cab ride out to the peninsula to see a very big statue of Buddha. 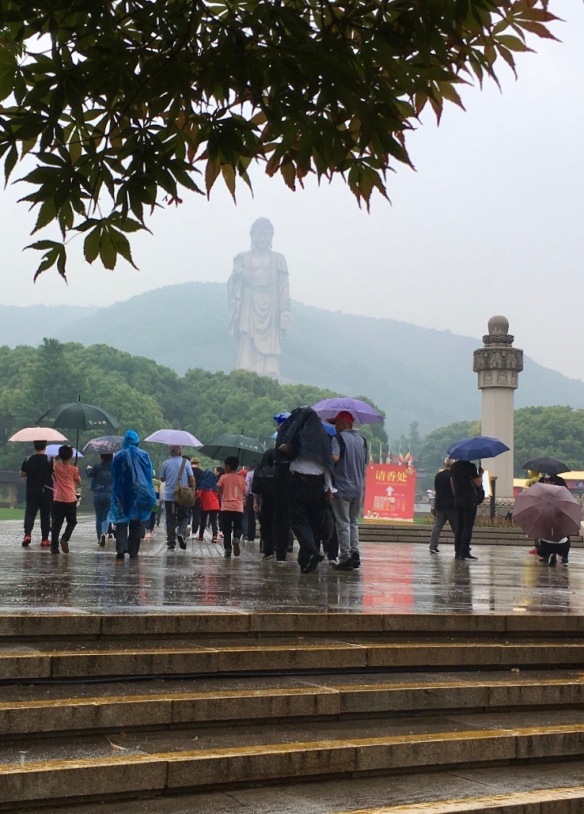 1 thought on “Thursday and Friday in Hefei and Wuxi (continued)”