The first rehearsal of the tour — and last, I hear — in the afternoon, after an hour and twenty minute drive from the hotel to Shanghai Poly Grand Theatre. It’s a post-modern building, formidably austere to my eye, designed by Pritzker Prize-winning architect Tadao Ando. 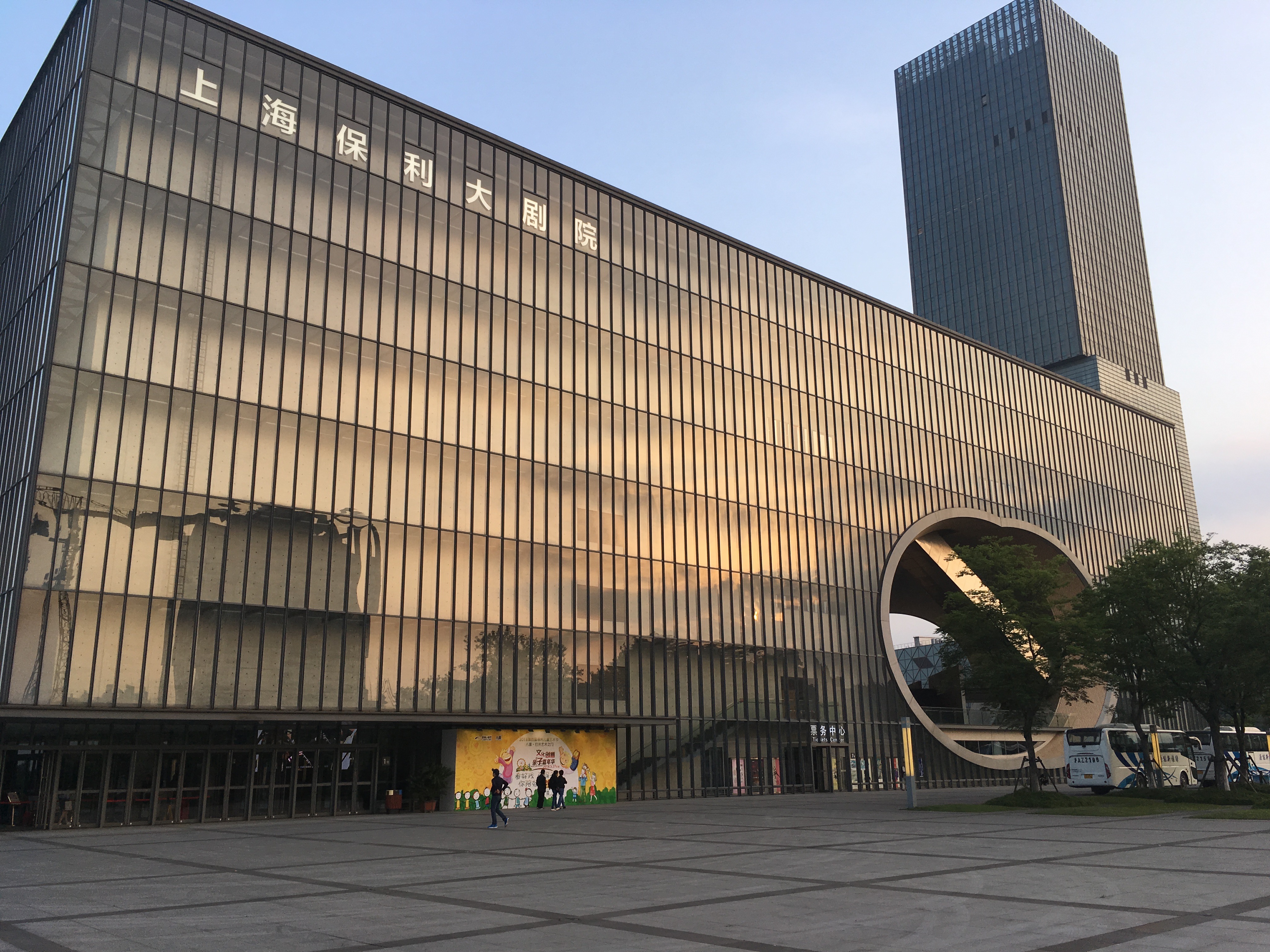 Rehearsal began with announcements from Symphony vice president of artistic and orchestra operations Eileen Jeanette, a busy woman on tour. This being the first gathering of everyone together since the tour started, she introduced the tour physician, Dr. Larry Snyder, who stood on stage just behind her. Among other sundry items, she announced the location of the concert after party at the hotel (“the first drink’s on us”), the hour of luggage collection the next day (it will be sent on its way to Wuxi while we go to Hefei) and the nature of our pre-concert meal (a boxed dinner that had been previously tried and approved of by the New York Philharmonic no less, Eileen said). 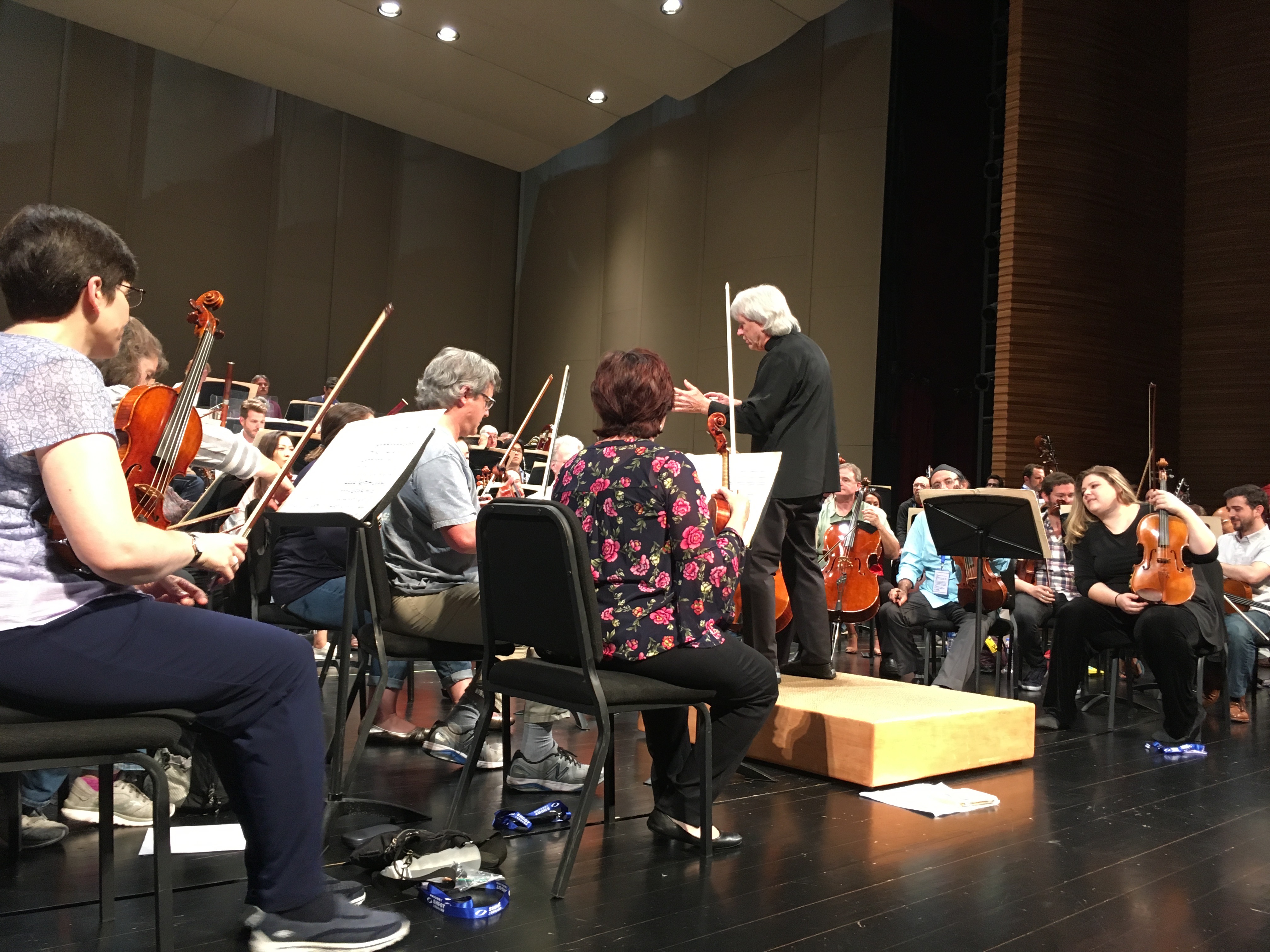 Rehearsal was interesting. The orchestra hadn’t played together since Saturday, but was completely familiar with the program, having performed it five times in March and rehearsed it again last week. But the hall was new to everyone. I heard differing reports after the rehearsal, depending on where the musicians sat there, but most thought the situation onstage less than ideal.

Out in the hall, though, the sound was bright and clear, and mostly well balanced. Roger Kalia, assistant conductor, sat with the score in the hall and helped St.Clair make some adjustments. “I feel the harps are almost too loud at the opening,” he said of Ravel’s “Daphnis and Chloe.” He also mentioned some sizzling cymbal work near the end. It was a lively venue. 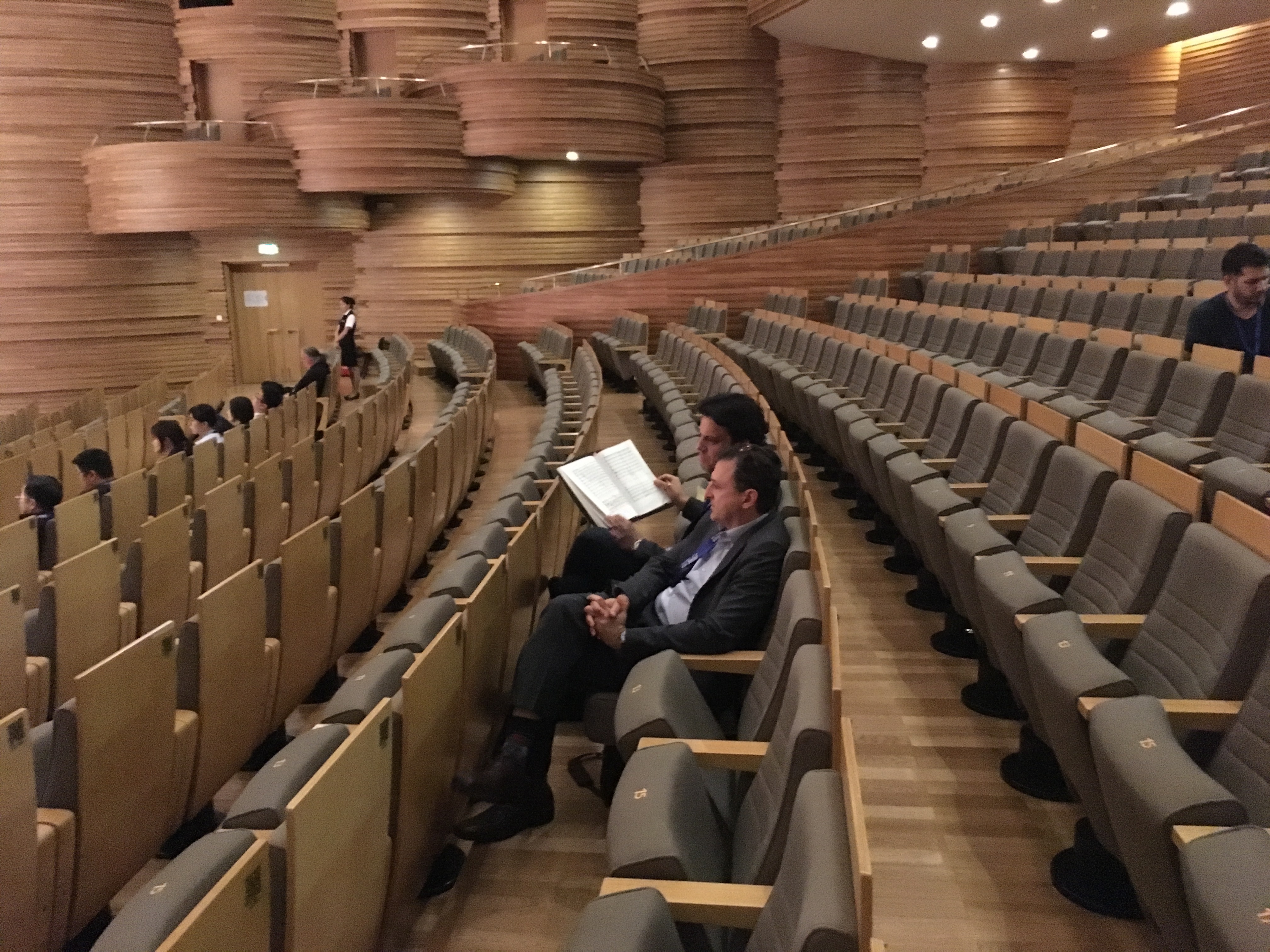 Though there were rough patches here and there, the rehearsal went smoothly. “Everyone feel pretty comfortable? I do,” St.Clair said after finishing up the Ravel. “We’re making music the way we always do, doesn’t matter where we are.” To which the orchestra responded by approvingly stomping its feet.

I kept one eye on the audience during the performance; we all did. It’s difficult to generalize about an audience and a little unfair, too. But this one was definitely different from ours. Before the concert, a long list of rules and suggestions were read aloud in Chinese and English over the PA. One puzzler: Chewing gum was “strictly prohibited.” The request that one should be “dressed appropriately” was odd as well. Would the offender who wasn’t leave and come back in improved attire?

This audience wanted to take pictures and perhaps videos on their phones during the concert as well. Ushers would either run over to stop them or, believe it or not, a laser beam from somewhere in the back would flash onto the cell phone screen, which would be immediately pulled down.

Though restless and active, the audience was not inattentive. It liked “Daphnis,” it liked Zukerman and Mozart and seemed familiar with and liked the Theme to “Schindler’s List” that the violinist played as an encore. It appeared to be warming up as the concert progressed and fairly roared after the superb performance of “Pictures at an Exhibition.”

This brought two encores. Leonard Bernstein’s “Mambo” was greeted with great excitement, heads bobbing and everyone shouting “Mambo” when cued by St.Clair. Then he pulled out a new arrangement of something called “Love My China” and when the audience heard the melody (a folk song) it was beside itself with joy, singing along and clapping rhythmically during the march sections.

We made an impression here and it was wonderful to see.

4 thoughts on “Wednesday in Shanghai”