Longtime Pacific Symphony tubist Jim Self has released a new recording. Like several others of Self’s recordings, this one is jazz. It’s called “Floating in Winter,” and it features both originals and standards. With John Chiding on guitars, Self plays tuba and an instrument of his own invention called a Fluba, which is like a giant flugelhorn. Here’s what it looks like (with Self playing). 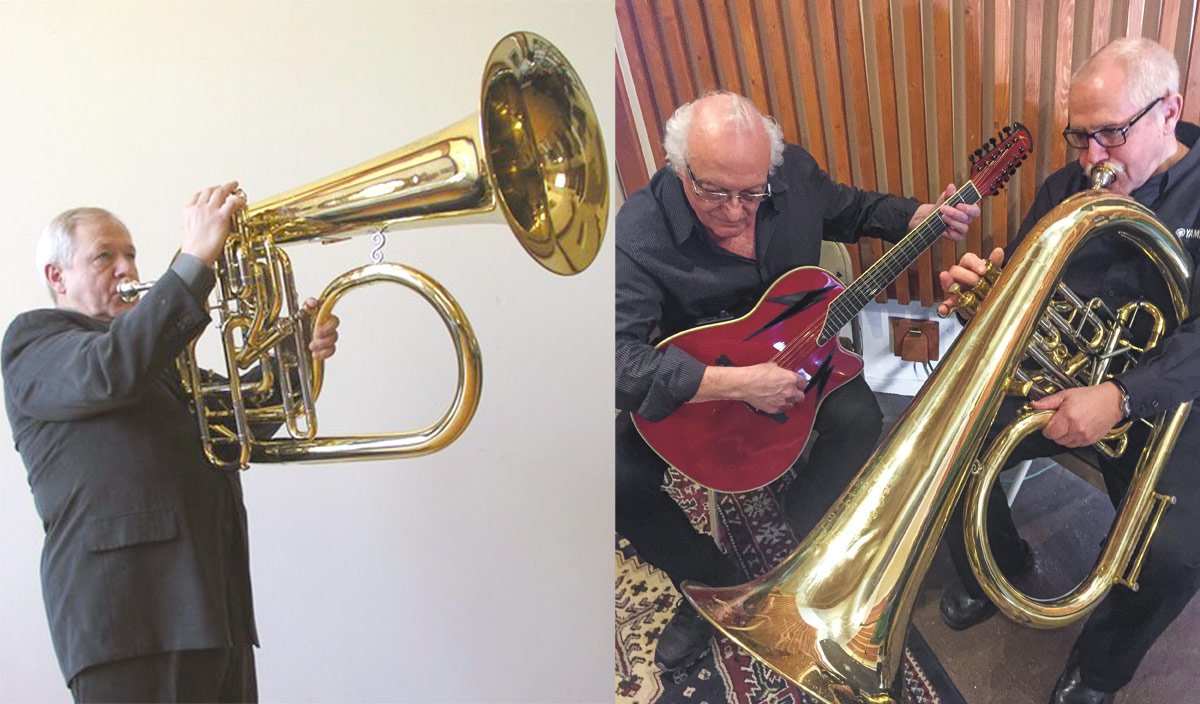 Here he is talking about the new recording:

And you can sample the album below: