Pacific Symphony assistant conductor Roger Kalia has been named as one of the winners of the 2018 Solti Foundation Career Assistance Awards, the Solti Foundation U.S. announced Monday. This is Kalia’s third such award, having also garnered Solti career assists in 2013 and 2017. Seven other recipients from around the country were also named on Monday. The amount of the award was not made public.

“Supporting and encouraging young conductors at the beginning of their careers is the mission of The Solit Foundation U.S.,” said Penny Van Horn, board chair of the foundation.   Now in its 14th year assisting young U.S. conductors, the Foundation has awarded more than $500,000 in grants.

“The Career Assistance Awards from The Solti Foundation U.S. have been extremely valuable in helping me build my career as a conductor,” Kalia said in an email. “Due to the support from The Solti Foundation U.S., I have been able to observe rehearsals and concerts of different orchestras and conductors around the country, build and develop my score library, create high quality videos of my conducting, and network with a variety of people in the classical music field.”

The Foundation is currently the only American foundation granting these kinds of awards. Citizens or permanent residents to the United States who are career-ready artists in the field of conducting are eligible to apply. The Solti Foundation was established in 2000 in memory of the great conductor Sir Georg Solti.

“I hope to use this year’s award in order to further observe rehearsals and concerts by orchestras not only in the United States but Europe as well,” Kalia said.

“I also plan on using a portion of the award to take German and Italian language courses, which are very important languages for a conductor to know, especially since I would love to conduct more opera in the future. I am most grateful to the Solti Foundation U.S. for their continued support and belief in me.

“I would also like to thank all of those who have helped make this award possible, especially my dear colleagues of Pacific Symphony and Maestro Carl St.Clair.”

Here’s your roundup of Pacific Symphony concerts in November, on the quick, mobile-friendly, with links to single tickets. There are 11 concerts in all during the month.

It starts with a tribute to the great Ella Fitzgerald on the pops series. Guest conductor Larry Blank leads the orchestra and vocalists Aisha de Haas, Harolyn Blackwell and Capathia Jenkins in an evening of music made memorable by The First Lady of Song. The concerts are Nov. 3-4. Tickets here.

In one of the big concerts of the year, Carl St.Clair will lead the orchestra in its first-ever performances of Anton Bruckner’s giant Symphony No. 8 (Nov. 9-11). As prelude, organist Christoph Bull plays music by Bach and Bruckner and the Norbertine Fathers of St. Michael’s Abbey sing Gregorian chant. The performance, dubbed “Cathedrals of Sound,” will include a design element by the Prokop brothers of Dusseldorf that will evoke St. Florian Cathedral in Linz, where Bruckner served as organist and is interred. Tickets here.

In the first of three concerts this season at the beautiful Soka Performing Arts Center in Aliso Viejo (Nov. 12), St.Clair and the orchestra offer Mozart’s final two concertos, the Piano Concerto No. 27 (with Benjamin Pasternack as soloist), and the Clarinet Concerto (with new principal clarinetist Joseph Morris as soloist). Also on the program, the Papagena/Papageno duet from “The Magic Flute,” with Yllary Cajahuaringa and Mark Peng. Tickets here.

The month winds up (and the next begins) with the Symphony debut of Estonian guest conductor Anu Tali. Her program (Nov.30 and Dec. 1-2) bookends a pair of Czech masterpieces — Smetana’s “The Moldau” and Dvorak’s Symphony No. 7 — with Gershwin’s snazzy Concerto in F as centerpiece. The noted Chinese pianist Xiayin Wang is soloist. Tickets here. 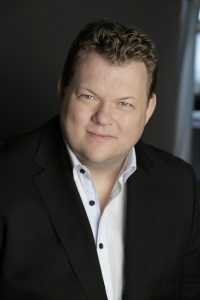 Here’s a quick rundown of Pacific Symphony’s October concerts, 12 in all, with ticket links.

First off, the orchestra will appear in the ongoing series of Harry Potter films presented by the Segerstrom Center for the Arts. Born and raised in Huntington Beach, conductor Justin Freer makes his debut with Pacific Symphony, leading three live-with-film performances of the John Williams score to “Harry Potter and the Prisoner of Azkaban” on Oct. 6-7. Tickets here.

Sixteen-time Grammy-winning producer David Foster is the guest for the opening of the Pops series Oct. 13-14. He’ll have singers Ruben Studdard (an “American Idol” winner) and Shelea Frazier along to perform selections from his catalog of hits. Tickets here.

Norwegian conductor Rune Bergmann — (pronounced Rue-na Bairg-mahn) — returns Oct. 19-21 to take over a program originally scheduled to be led by André Previn, who cancelled due to injury. Previn’s “Almost an Overture” will have its West Coast premiere, American pianist Garrick Ohlsson solos in Mozart’s Piano Concerto No. 9, and Rachmaninoff’s plush Symphony No. 2 winds things up. Tickets here.

Members of the orchestra perform in a free concert at the Hilbert Museum of California Art at Chapman University on Oct. 22. In keeping with the museum’s theme, this wide-ranging program is anchored by the music of California composers — in this case, Terry Riley, Lou Harrison and George Antheil — but also includes music by Purcell, Bartok (three movements of the bristling Fourth Quartet), Arvo Pärt and Philip Glass. Chapman’s ChapCelli Ensemble also appears. Museum entrance is free. Seating for this concert is limited and will be first-come, first-served. Limited standing room in the back. Info here.

“To be recognized by an organization that is affiliated with the legacy of the great Sir Georg Solti, a conductor whom I admire greatly, is very special and meaningful to me,” Kalia said in a prepared statement. “This funding from the Solti Foundation U.S. will help me to open new doors in the field and further build my career as a conductor. I am most grateful to my dear colleagues at Pacific Symphony and Pacific Symphony Youth Orchestra for their continued support.”

Kalia, 32, is one of nine conductors to receive a 2017 award. They hold positions in the United States, Canada and Brazil. He is also co-founder and music director of the Lake George Music Festival in upstate New York and has served as assistant conductor of the Charlotte Symphony and music director of the Young Musicians Foundation Debut Orchestra in Los Angeles. He was recently signed to a second two-year engagement with the Pacific Symphony.

The Solti Foundation U.S. is now in its 13th year assisting young conductors. Established in 2000 to honor the memory of Solti, the internationally acclaimed conductor and music director of the Chicago Symphony, the Foundation concentrated its award program in 2004 to exclusively assist young American conductors. Since then it has awarded more than half a million dollars to them. The amount of the Career Assistant Awards varies and was not announced.