We just interviewed Alexandra Rupp, a budding vocal star in California’s musical scene. A Chapman alumni, Rupp has quickly been building a name for herself in the area, performing on stage and off, and gaining traction on her YouTube channel! She recently performed in our Family Musical Morning’s Opera for Kids: “Elixir of Love.” Read her full interview, down below.

Tell us a bit about yourself – what’s your voice type, and your favorite type of music to perform?

[AR] Hello there! Right now, I am a zwischenfach, which is a fancy German term that means I can sing both soprano (high) music and mezzo-soprano (medium-high) music.

We’re starting off with a tough question right off the bat! I LOVE experimenting with and trying different styles of music from all over, whether it’s opera, traditional pop, musical theater, jazz or even flamenco. But … I would have to pick both musical theater and opera at the moment. Both styles of music marry acting and singing very deeply, which are my two favorite things in the world. Depending on the day, I may want to sing a French aria from “Roméo et Juliette” over a solo from “Carousel,” so – it’s a tie! 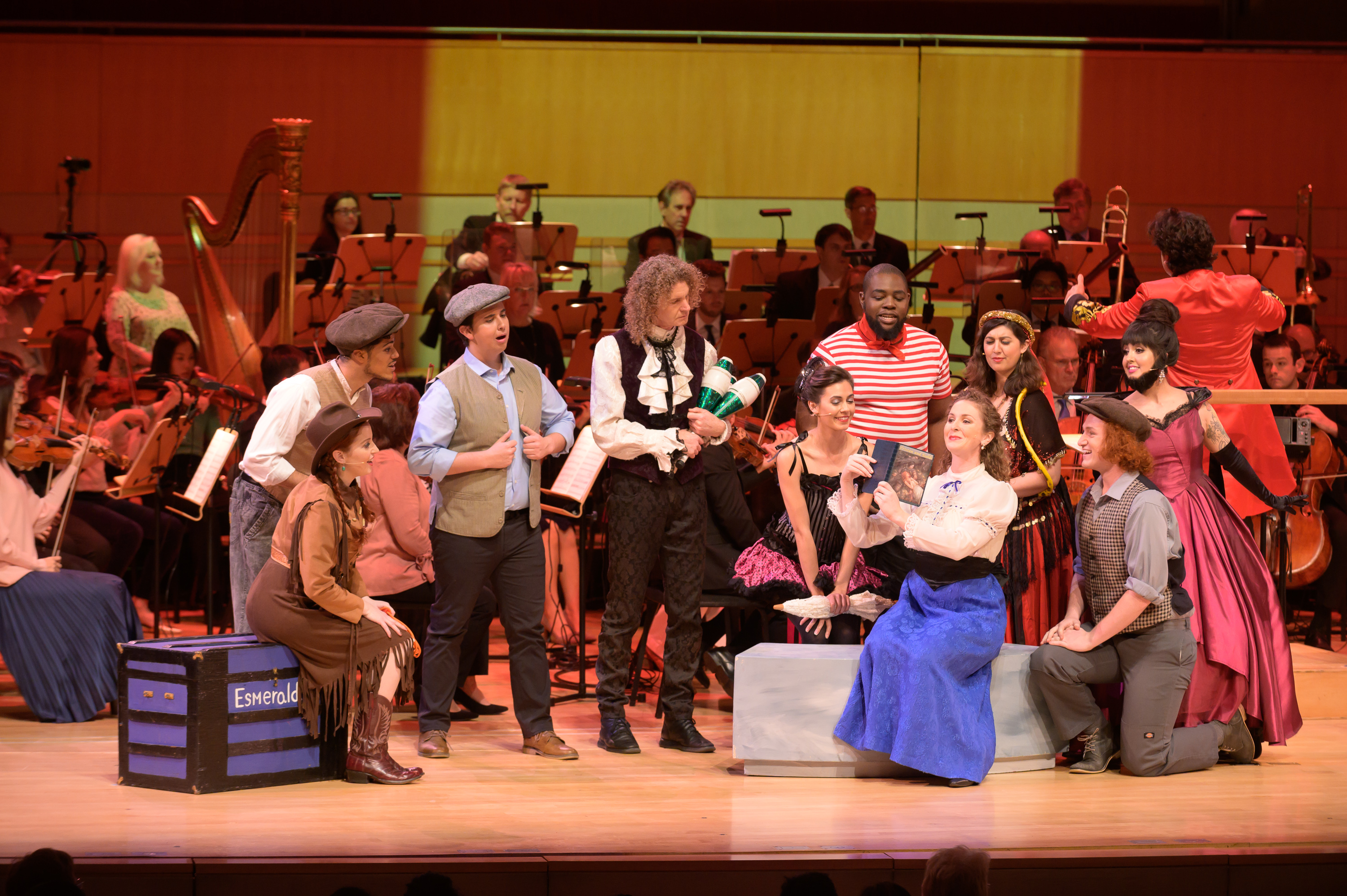 How many shows have you performed with Pacific Symphony?

[AR] I have been lucky enough to perform eight shows with Pacific Symphony! Most of the shows were for the Opera for Kids series, and one was a play called “King Arthur & The Legend of the Dragon’s Lair” in which I played Queen Guinevere.

Most of my performances have been for the Family Musical Mornings series! I have performed a handful of times for outreach events for art galleries and at the annual Board/Musician/Staff dinner, which have been very fun. 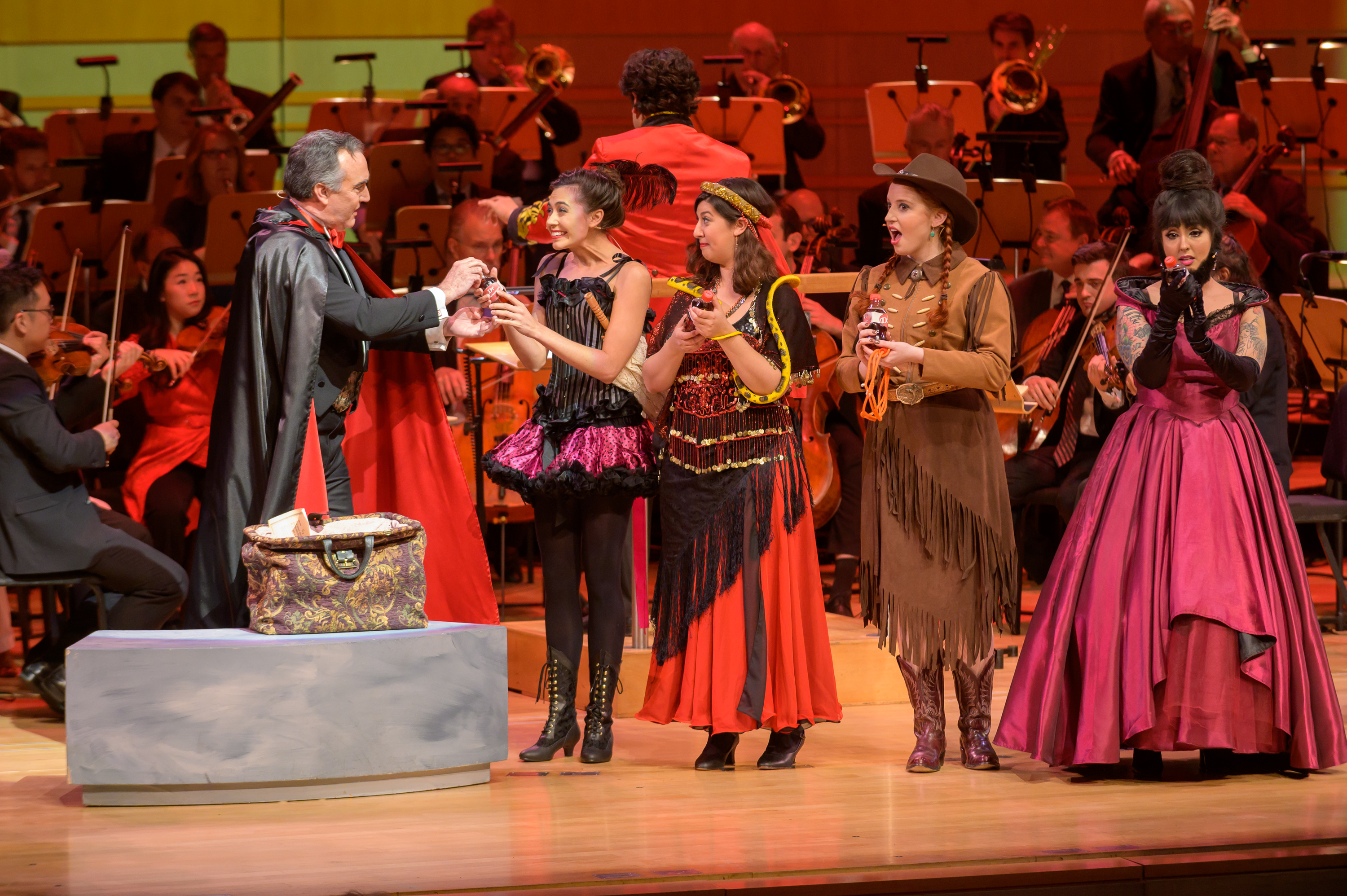 Tell us about this Opera for Kids show – who is your character, and what is her arc over the show? Do you have a big number?

[AR] “Elixir of Love” is such a fun show. It is a classic love story, very lightly based off of the tale of Tristan and Isolde, and a magic potion.

My character’s name is Giannetta – I am the “circus gossip,” who knows the inside scoop about everyone and everything going on at our circus. I eventually discover a life-changing secret about Nemorino’s (the male protagonist) uncle and, during my frenzied aria, share this secret with my fellow circus friends. When I spill the beans, so to speak, I incidentally change the course of Nemorino’s life forever.

You’ve worked with Pacific Symphony for quite some time now. How have your performances with us impacted your personal career goals and aspirations?

[AR] I have had such a wonderful journey with Pacific Symphony so far and learned so much over the years with this team. I started these professional-level productions during my freshman year in college, so I owe a lot of what I learned about professionalism in the rehearsal and production process to the team at Pacific Symphony.

With that being said, I fell even more deeply in love with music and acting through these productions. I’ve realized that I adore prep and the rehearsal process. I love building a character and diving headfirst into the details of my role, so that realization has deepened my conviction to work as an actor and singer both in film and television and on stage. 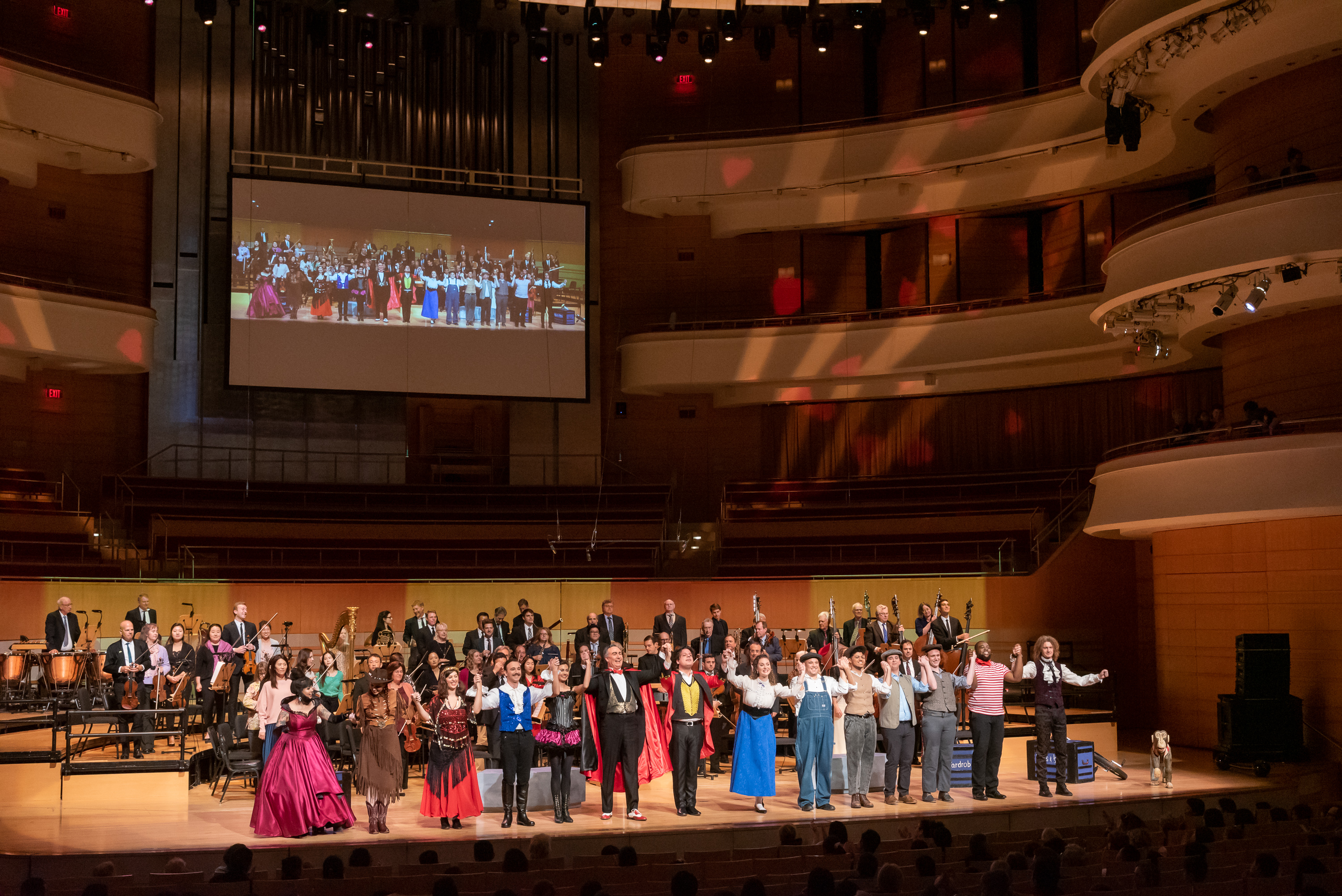 What are your thoughts on the importance of arts education for kids, and its declining prevalence in schools?

[AR] It breaks my heart to hear that schools have primarily shifted their budgets to fund sports programs over arts education. I was extremely lucky to attend a high school that happened to have the excess funding to focus on a strong arts program. The opportunity that was given to me – to think beyond my world and put myself in someone else’s shoes to tell a story – changed my life. I know that sounds dramatic. But the arts help children develop their sense of empathy by encouraging them to explore other worlds and stories besides their own. Art encourages us to think abstractly and become more curious about the world around us. Beyond that, the act of creating something in collaboration with others is an invaluable skill to have as an adult, no matter which career path you choose.

This is probably a longer answer that you were looking for. I could write an entire article on why the arts are so integral and beneficial for children to be exposed to. One of my main goals as a performer is to advocate for and enact change throughout our nation’s education system.

I don’t have a singular solution per say, since this issue is so convoluted, but if I could encourage one thing, it would be for people to stay curious. Go on a date to listen to a Beethoven symphony. Bucket List item checked off. See which plays are premiering near you once a month, take your child, just for fun, to watch “The Nutcracker” during Christmas. Every show might not be a “magic potion” for you, but try it and it might just change your life.