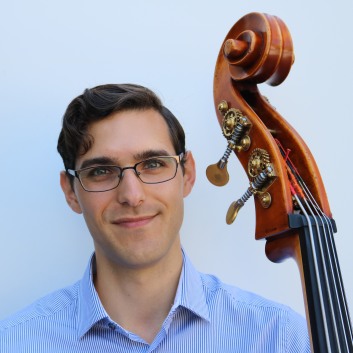 Michael Franz will join Pacific Symphony as principal bass in January 2019. A native of Burlington, Vt., he began playing double bass in public school at age 14. Franz is a 2014 graduate of the Eastman School of Music where he received his bachelor’s degree in Applied Double Bass and Music Education with High Distinction. He won the Doublestop Foundation Instrument Loan Competition in 2016. In 2018, he completed his master’s degree from Bard College as a member of the inaugural class of The Orchestra Now, with which he often performed as principal bass at Carnegie Hall and Lincoln Center. From 2018-19, he was a fellow with the New World Symphony.

Since 2017, Franz has performed as a regular substitute with the Philadelphia Orchestra and has joined them on tours throughout Europe and Asia. Franz has also performed professionally with the National Symphony Orchestra and numerous orchestras throughout the northeastern U.S. A passionate music educator, Franz has taught in public schools around New York state and the Miami area. In the summers of 2016 and 2017, he coached and performed with string students in Colombia, Calif.