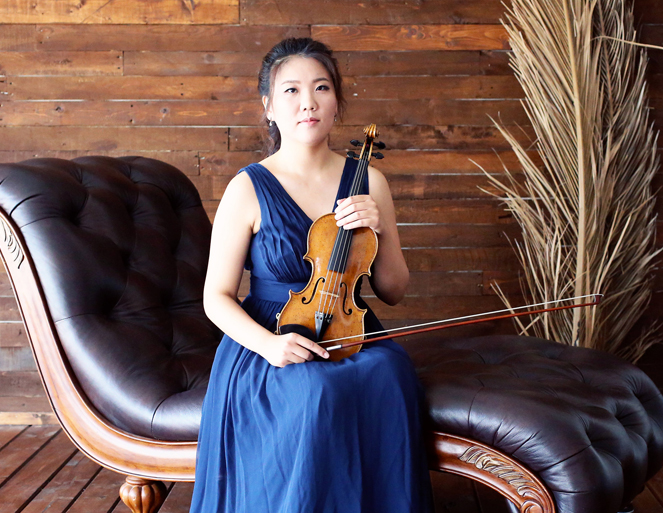 Another day, another new musician to add to the Pacific Symphony family! Today, get to know Julie Ahn, who was just added to our first violin roster. Julie, along with Joanna and Warren, will be performing during our upcoming Tchaikovsky’s “Pathétique” concert, Oct. 17-19.

Julie Ahn received her bachelor and master of music degrees at the Peabody Institute of the Johns Hopkins University, under the tutelage of Victor Danchenko. Her principle teachers have included Alexander Treger and Michelle Kim. Ahn has worked with world-renowned artists such as Ruggiero Ricci, Boris Garlitsky, Christian Tetzlaff and Pamela Frank. She appeared in major concert venues including Carnegie Hall, Kennedy Center, Alice Tully Hall and the Library of Congress.

Prior to joining Pacific Symphony in 2019, Ahn regularly performed as a guest musician with the National Symphony Orchestra, Washington National Opera and the Kennedy Center Opera House Orchestra. In addition to her performing career and private teaching studio, she adjudicated for festivals, competitions and led sectionals for youth orchestras. She also served as adjunct instructor of music at the Howard Community College.

Verdi and Three Degrees of Separation