Review: “Slava!, Shostakovich, and Scheherazade at the PSO”

The Bernstein Centenary juggernaut may be departing, but its echoes are still around, as evinced by the PSO opening its most recent concert with Slava! A Political Overture (1977). Carl St. Clair directed this late, brief, orchestral explosion by his late mentor “Mr. B” with tons of energy, to which the band responded with equal enthusiasm—every growled trombone glissando and wah-wah trumpet wail relished. 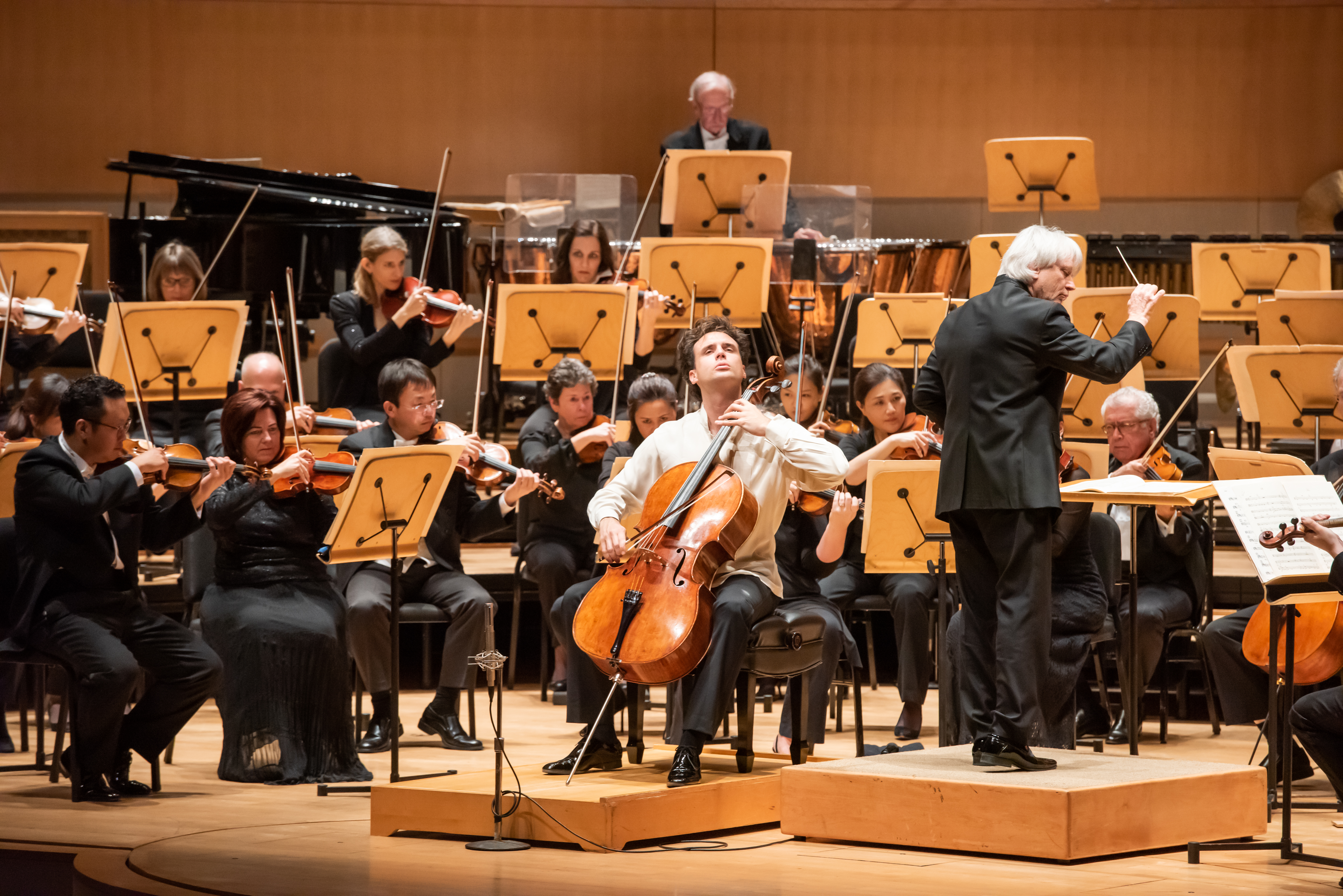 Against a wandering, muted first violin line, the ‘cellist plays high harmonics against isolated celesta notes, like stars seen through night mist, before passing without a break into the unaccompanied Cadenza that forms the entire third movement. Mr. Elschenbroich’s concentrated account of this, delivered like the inward musings of a philosopher puzzling his way towards the solution of a conundrum, held the audience rapt until the brief fast finale burst in to relieve the tension. … this was a fine performance of a powerfully original, demanding, and enigmatic work. 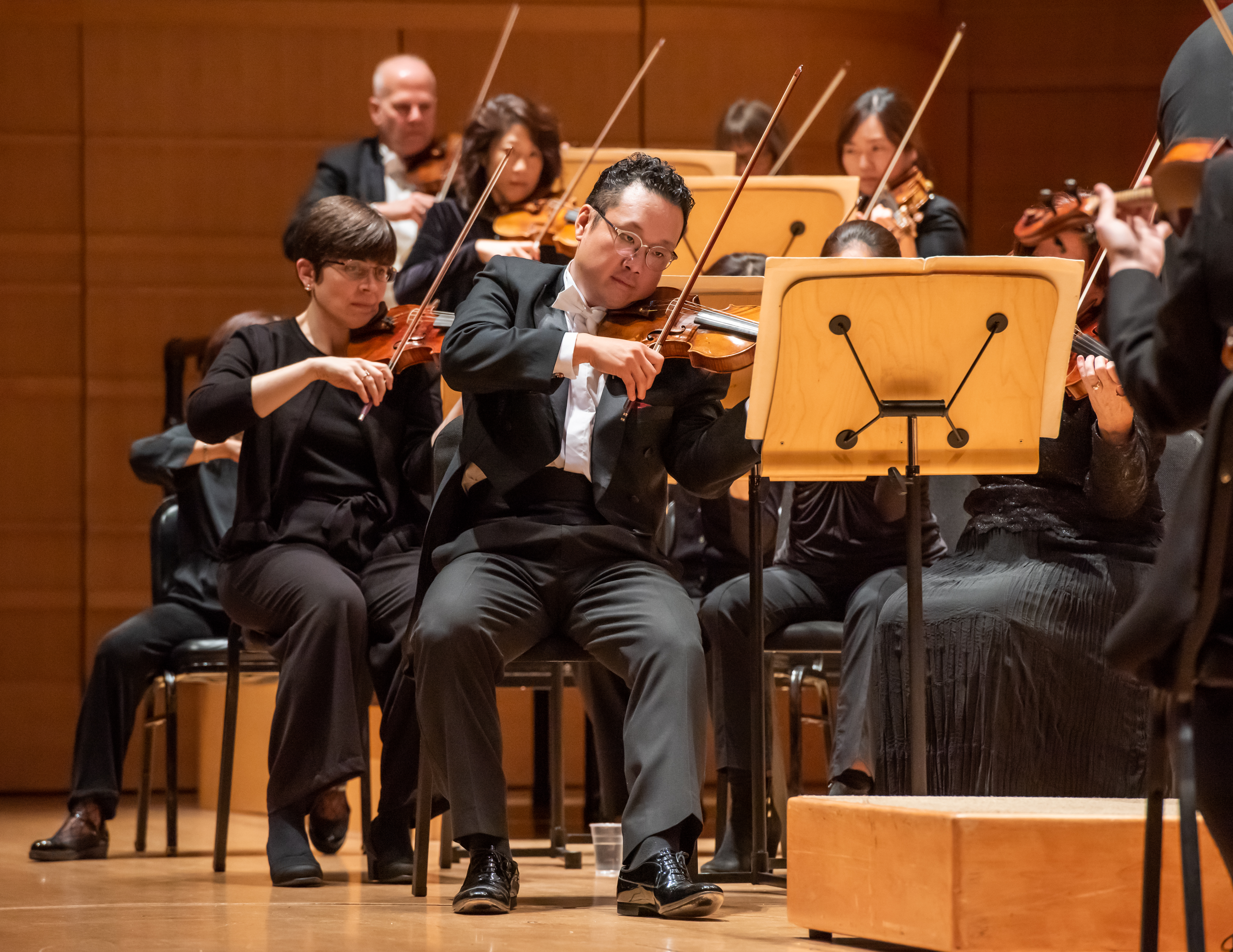 Rimsky-Korsakov’s Symphonic Suite Scheherazade used to be as familiar a concert-hall staple as, say, any Brahms or Beethoven symphony, but in recent years it seems to have slipped a bit in frequency of appearance, though the PSO itself played it as recently as March 2017. Whatever, it was an unalloyed pleasure to re-encounter concert music’s most guileful seductress, particularly when her manifold charms were unfolded in such a glittering, sumptuous array as by the PSO and Maestro St. Clair.

… Mr. Kim’s postlude was eloquently long-drawn, the book of “One Thousand and One Nights” slowly and lovingly closed to conclude a performance that more than equaled any that I can recall. For once, the standing ovation that southern Californian audiences seem compelled to give any performance, however workaday, was thoroughly deserved. 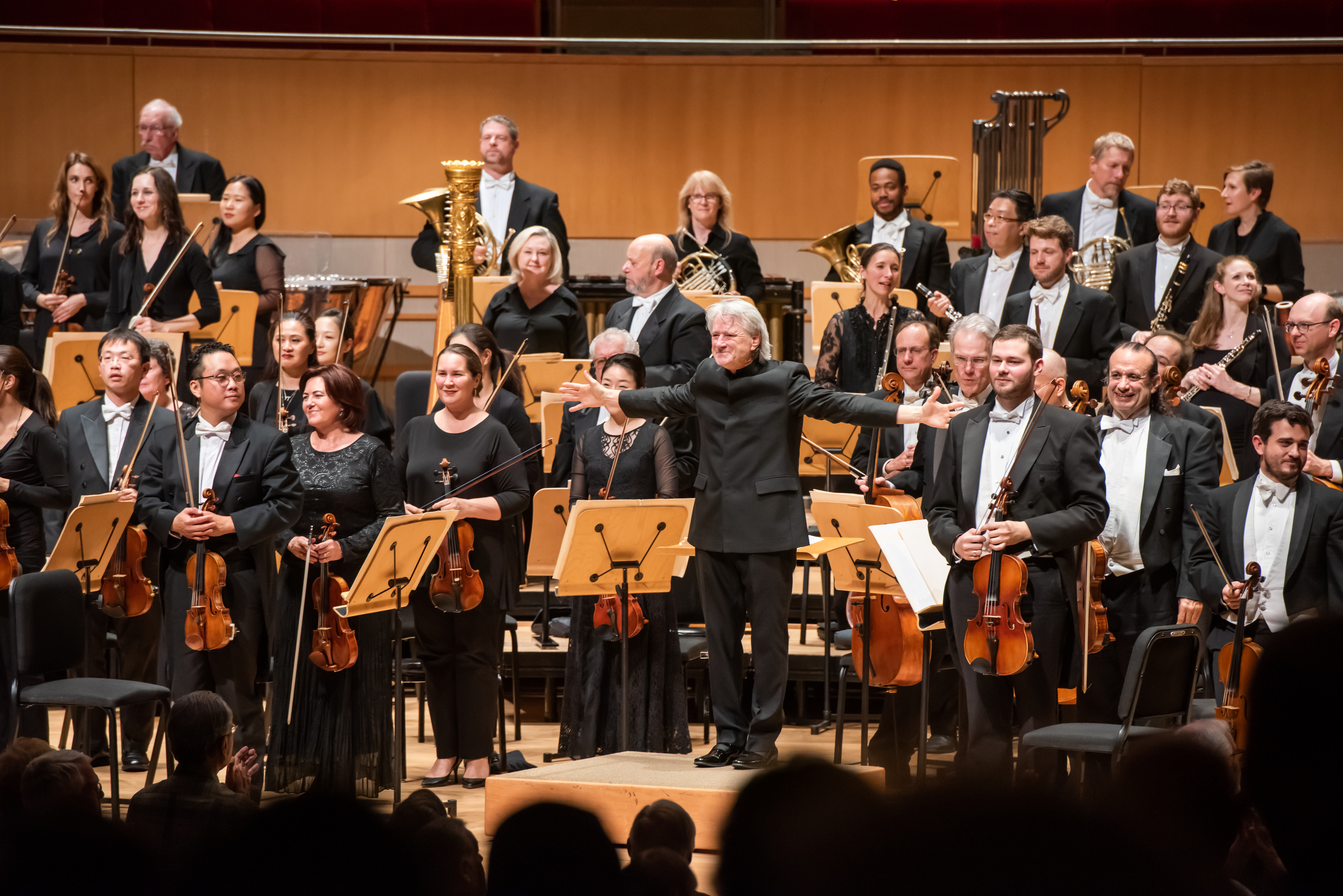 You can read the full review by David J. Brown on LA Opus here.

Review: “Slava!, Shostakovich, and Scheherazade at the PSO”

“Hotel California: A Salute to the Eagles” Launches SummerFest

One thought on “Review: “Slava!, Shostakovich, and Scheherazade at the PSO””