Bernstein at the Skirball 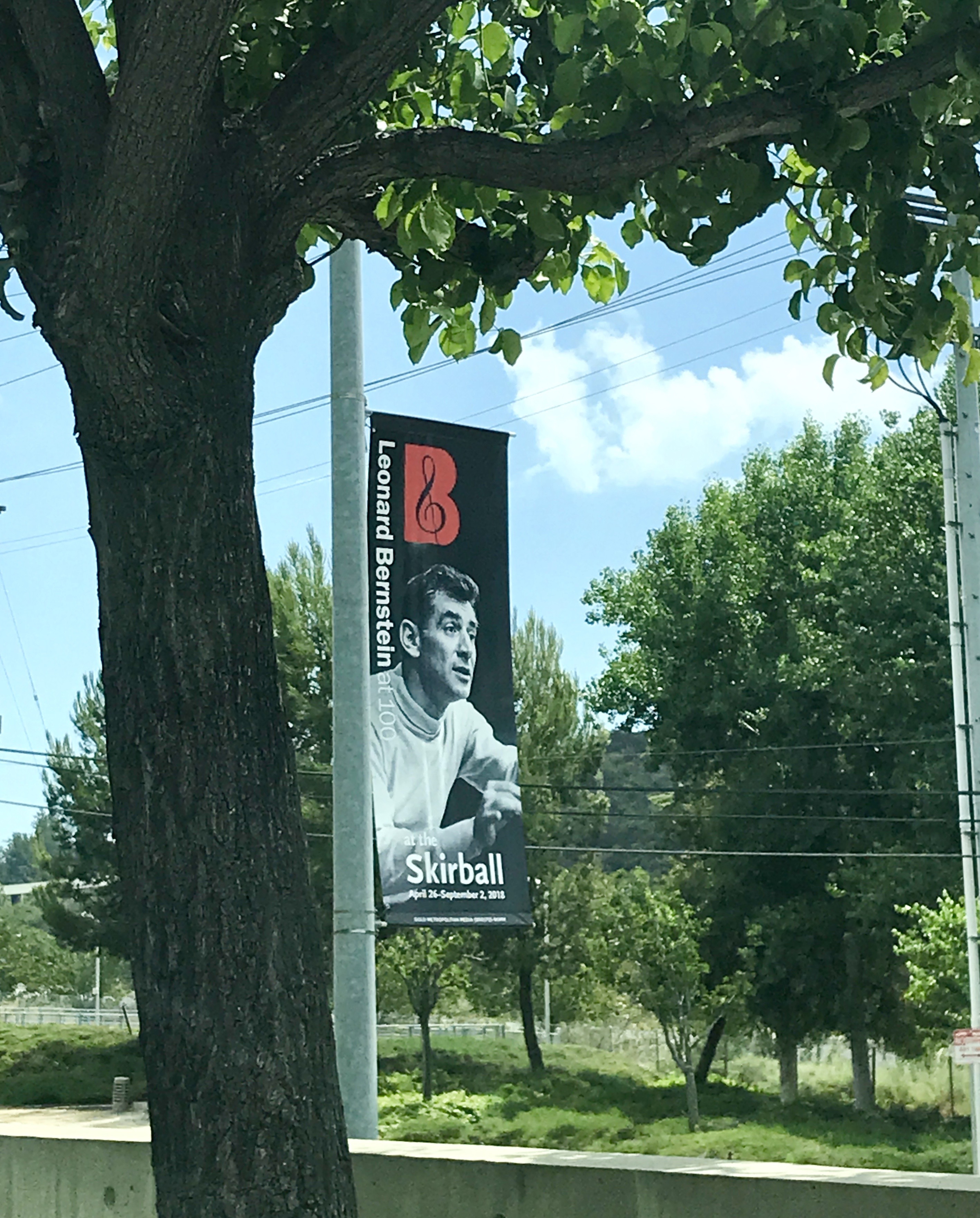 I went to the “Leonard Bernstein at 100” exhibit at the Skirball Cultural Center in Los Angeles yesterday afternoon, an entertaining way to beat the excessive heat. The exhibit, which runs through Sept. 2, is organized by the GRAMMY Museum and curated by its founding executive director Robert Santelli, a music historian. I doubt that any exhibit could capture the plentitude and variety of Bernstein’s life, but this one — with genuine artifacts, as well as replicas and facsimiles — does a good job at showing just how central Bernstein once was in American life. Here are a few of the items that were on display. (Click on the photos to enlarge them.)

Entrance to the exhibit. 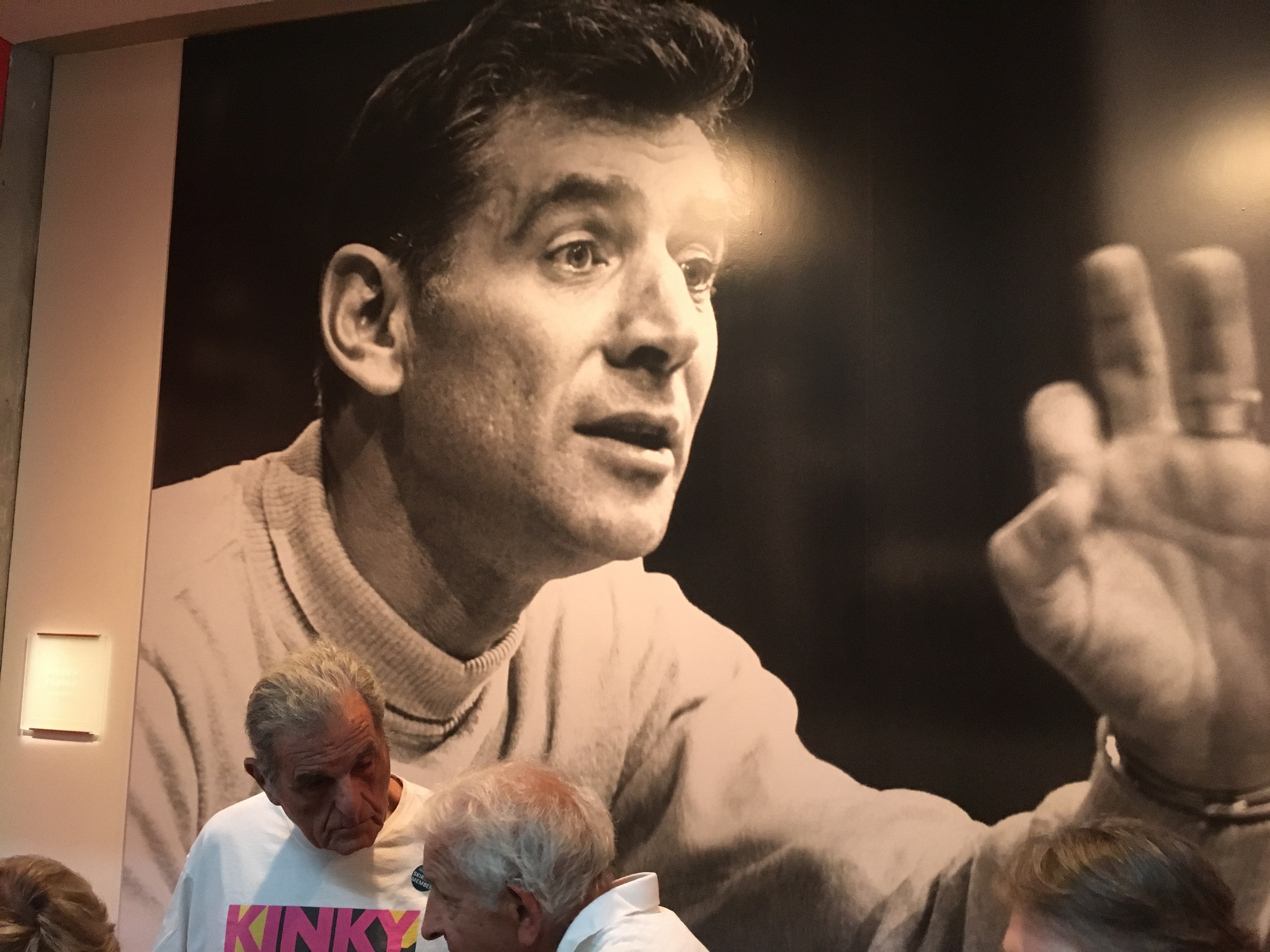 A photo of a young Bernstein with conductor Serge Koussevitzky, 1940s. 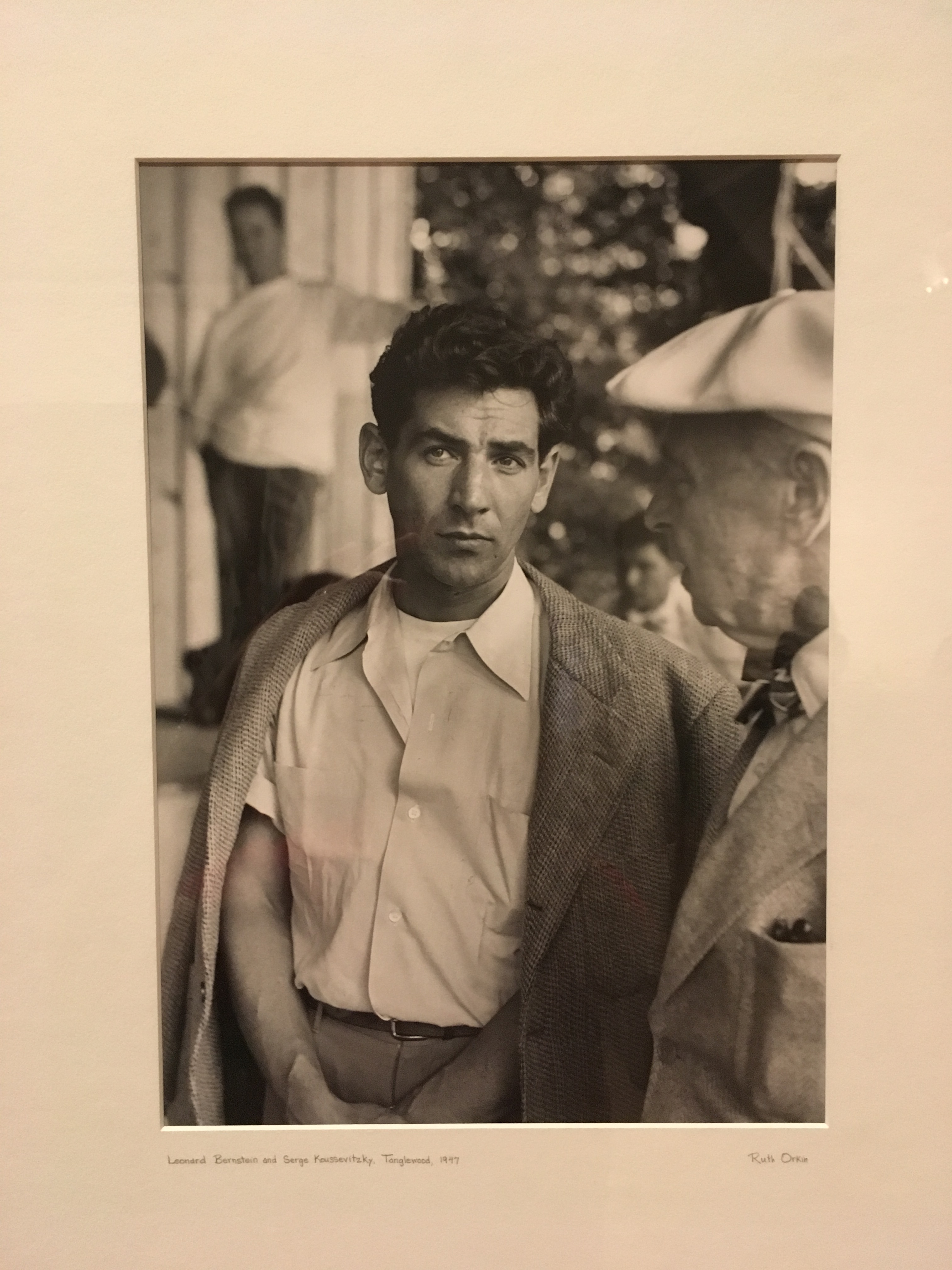 Bernstein’s conducting outfit. I’m sure he removed the cape. 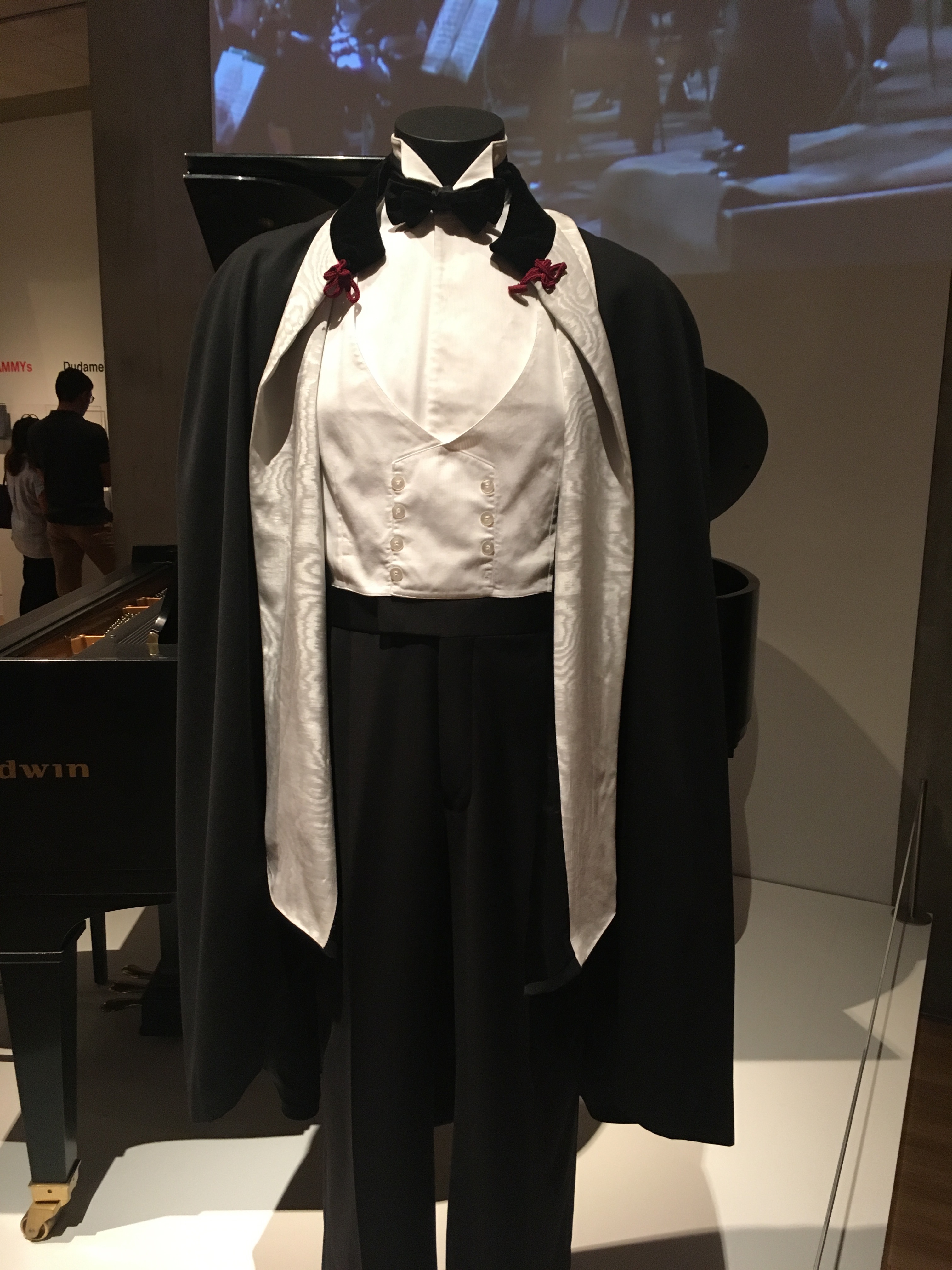 A script for one of the Young People’s Concerts, with his own revisions. Smart stuff, not just run of the mill music appreciation. 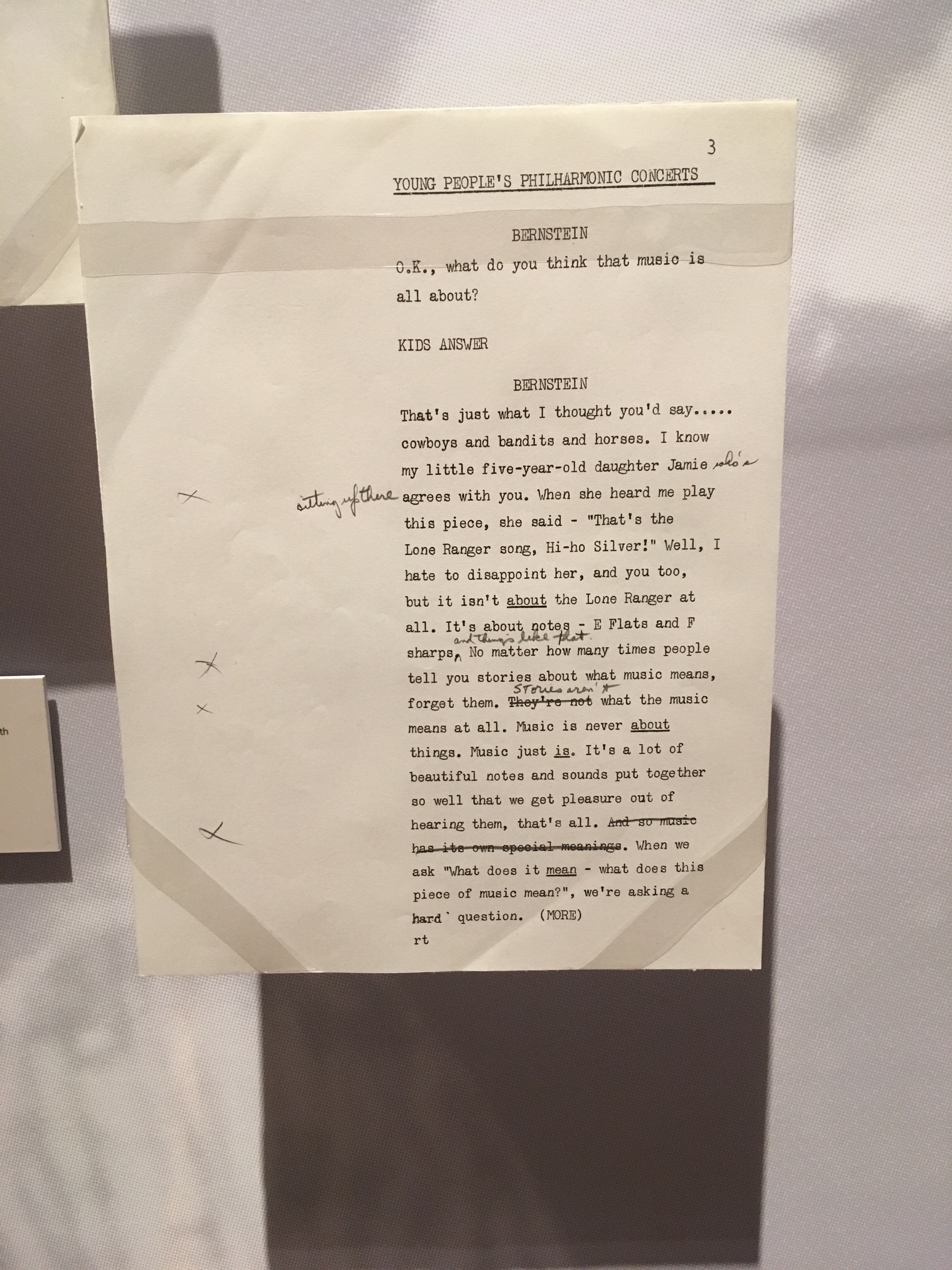 Bernstein’s score of Mahler’s Symphony No. 6, with a bumper sticker on the first page. 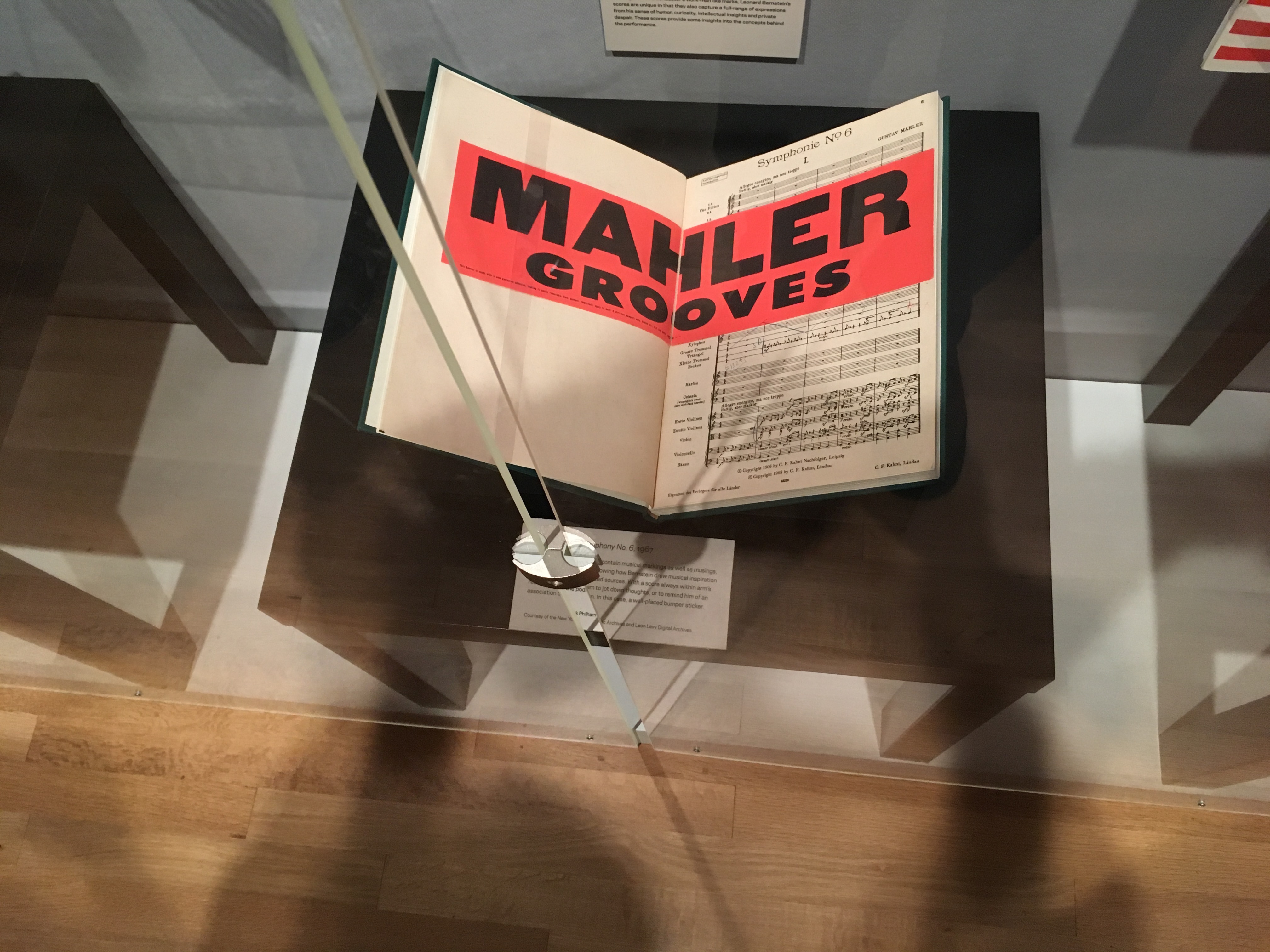 Sheet music for a piece I was unaware of, written for the Van Cliburn competition. 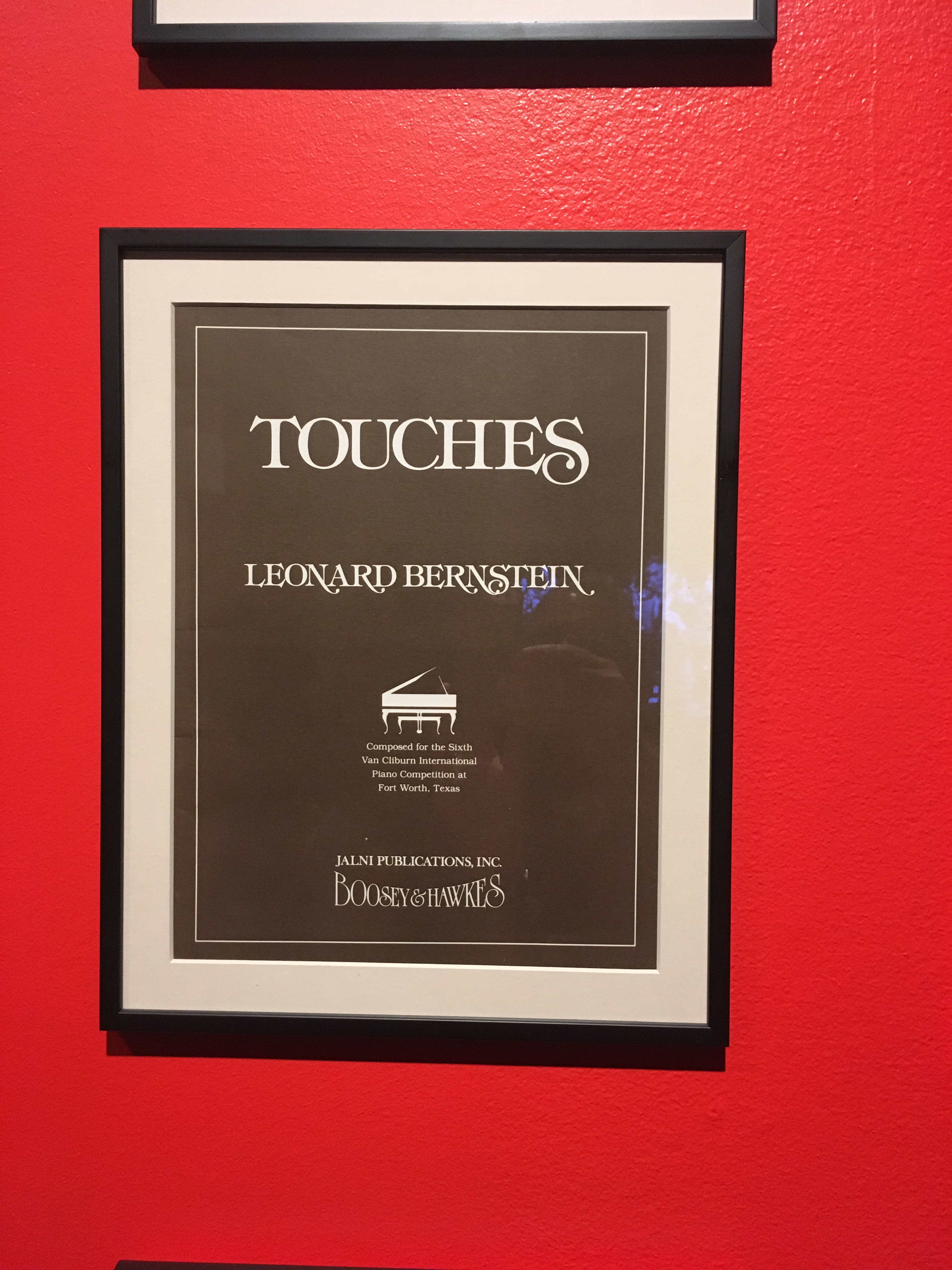 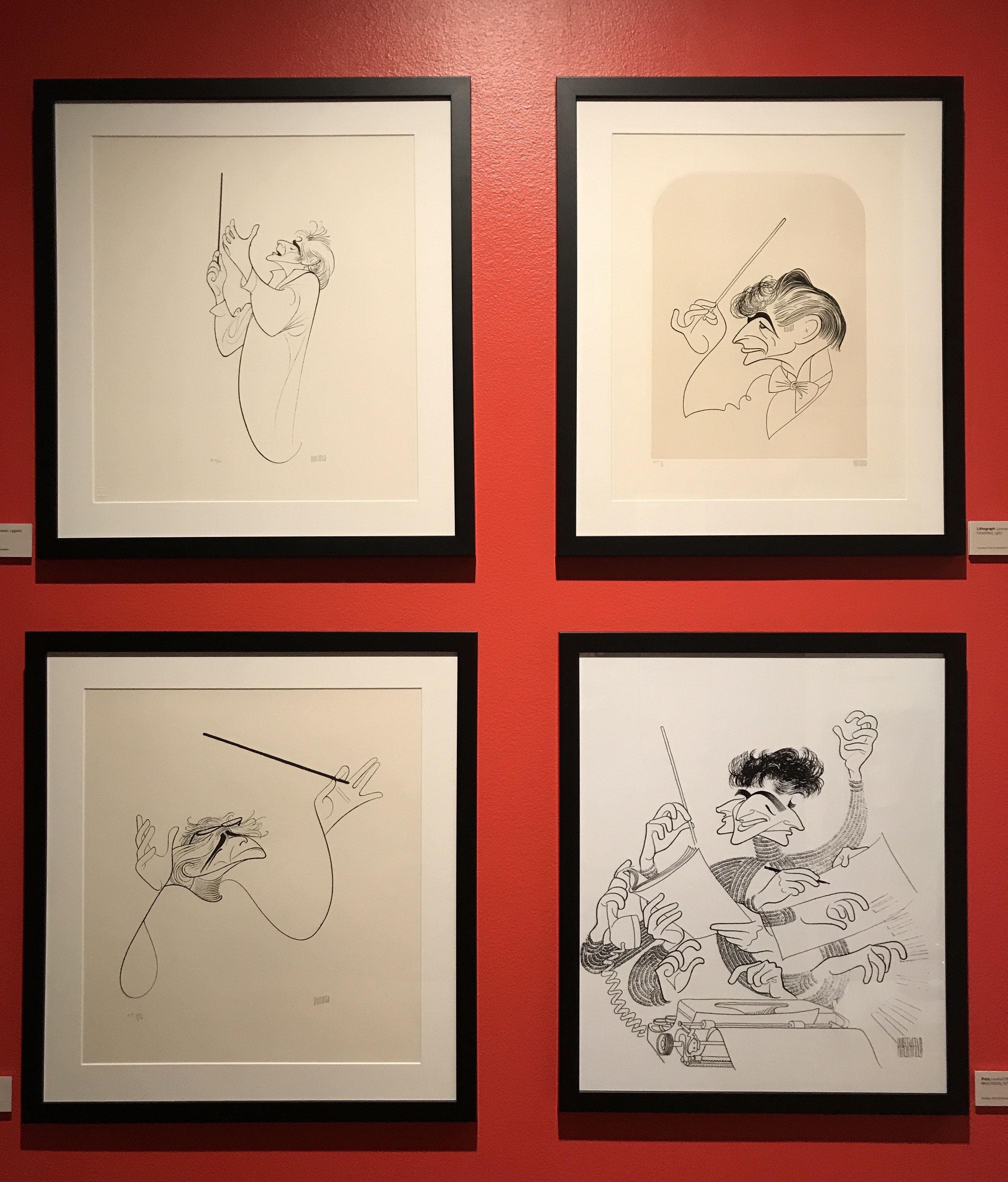 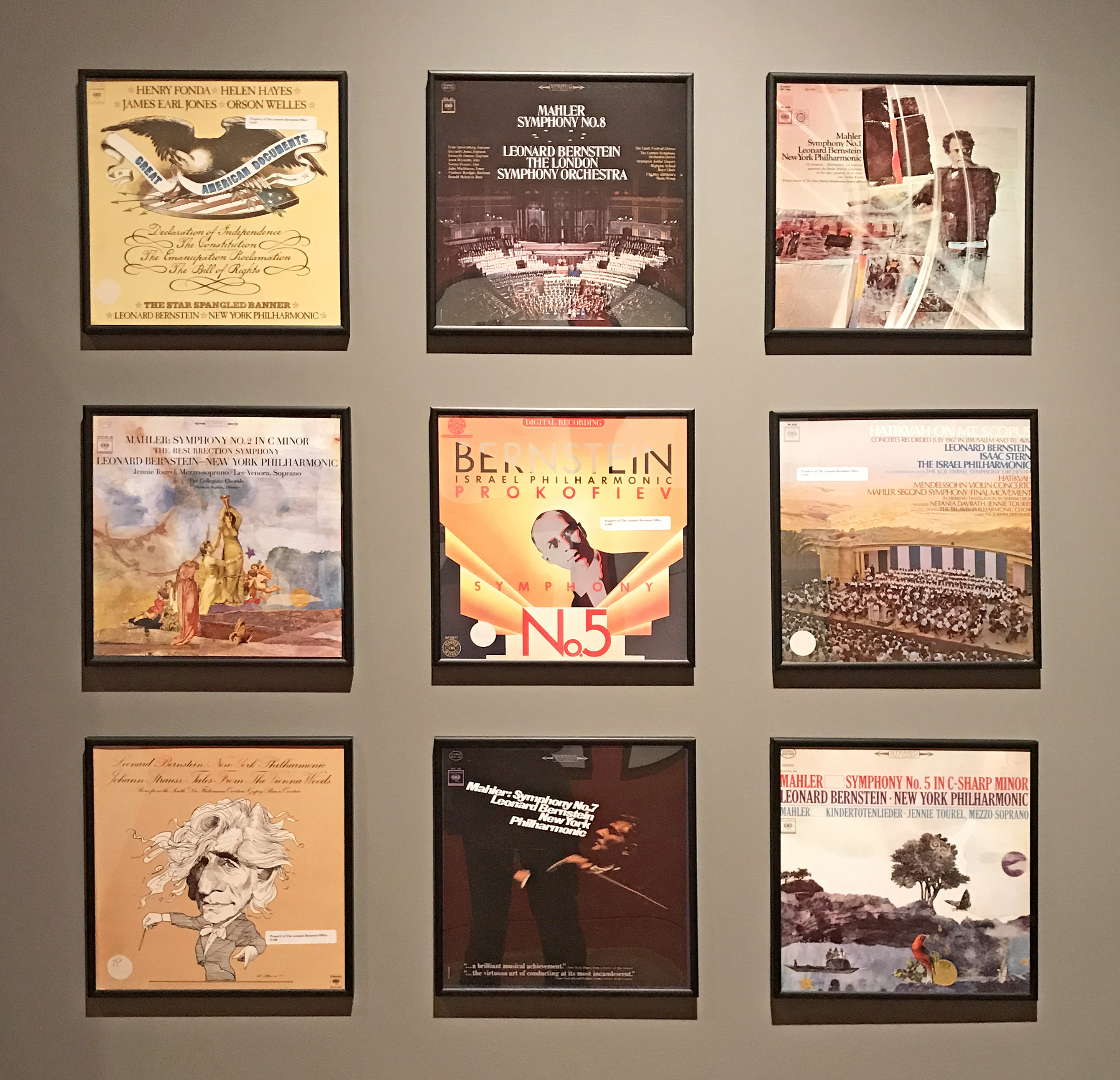 The piano he played as a youth. 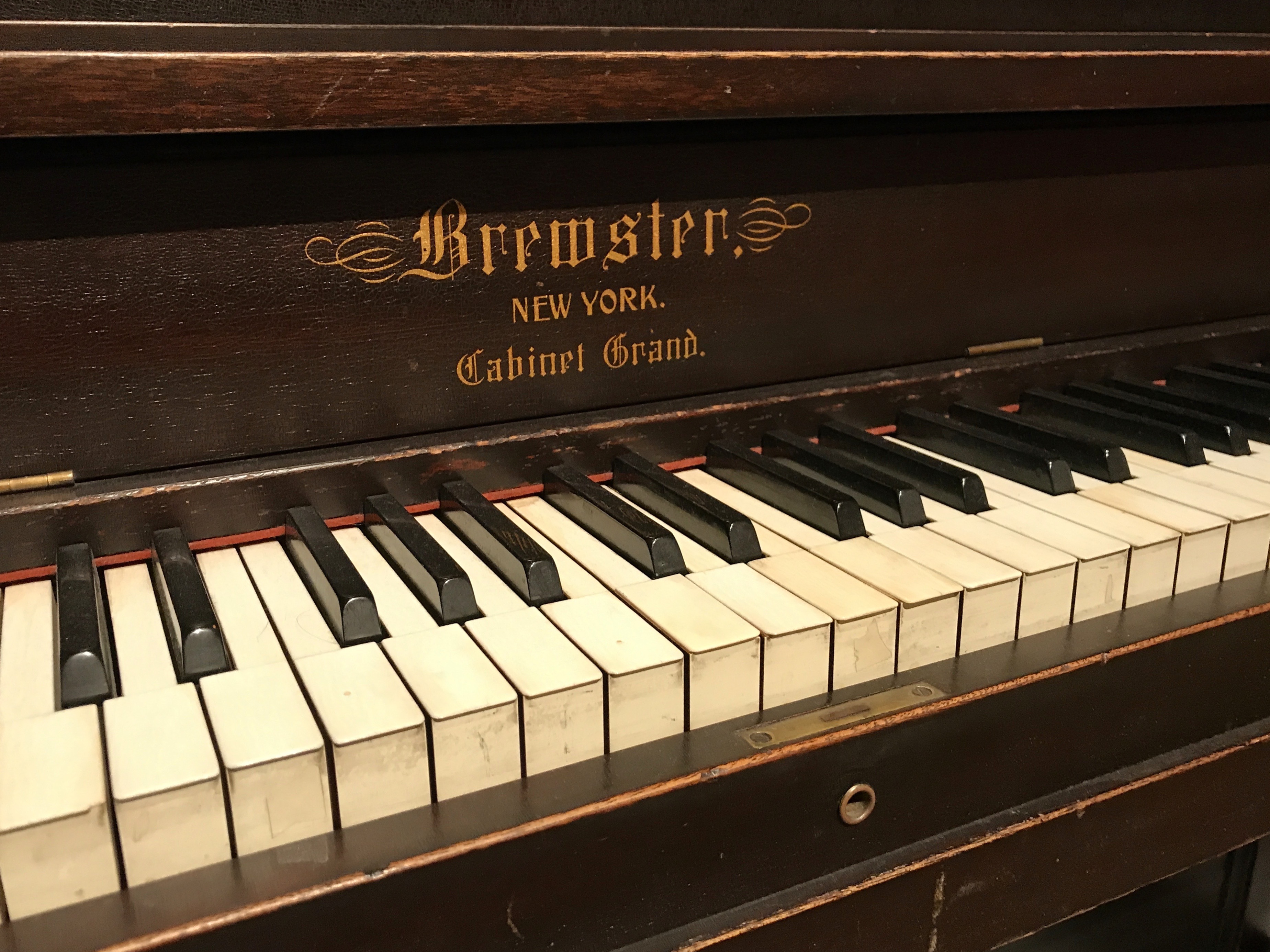 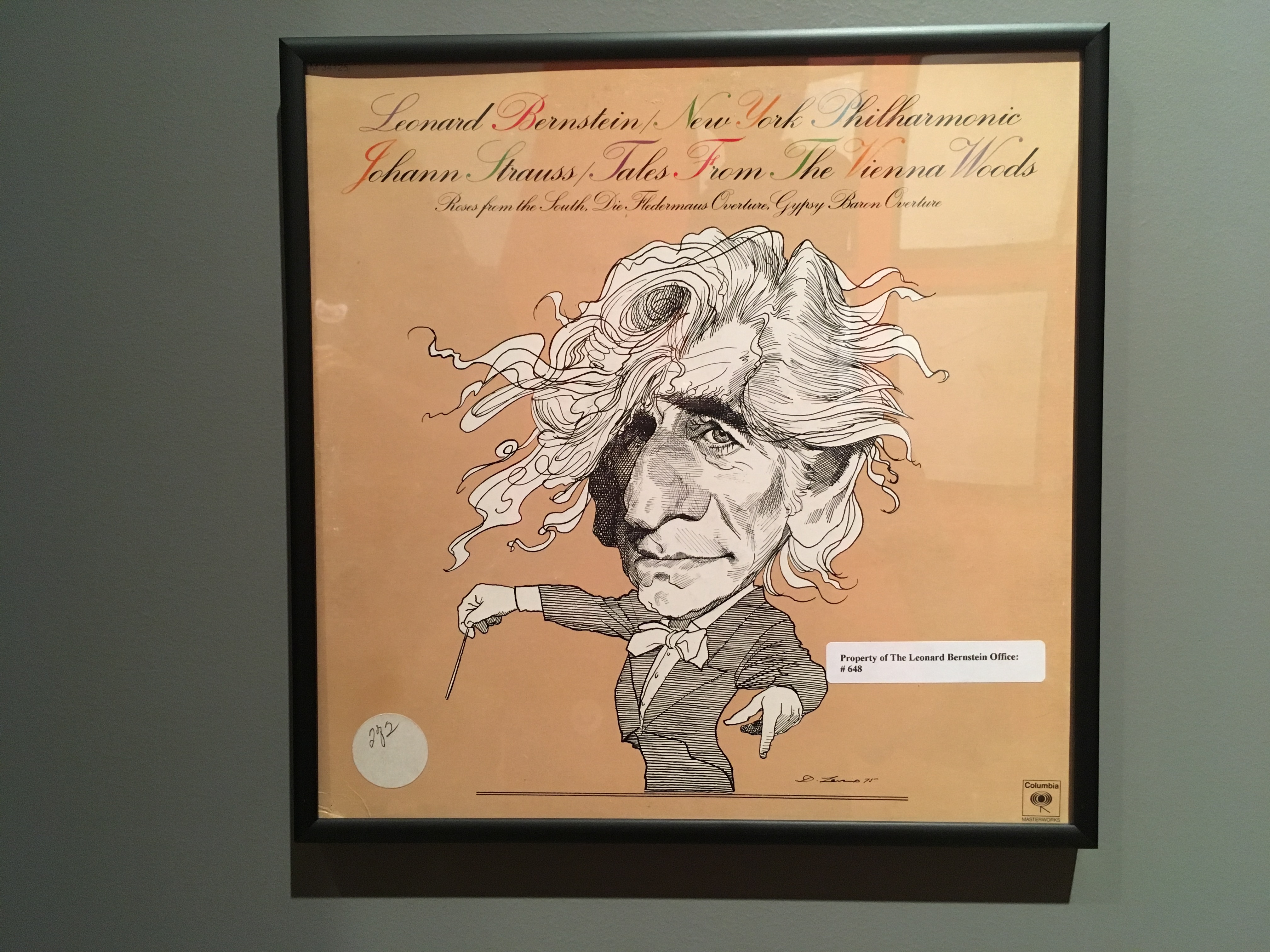 Abhorrent Life magazine spread outing Americans who attended the Cultural and Scientific Conference for World Peace — considered pro-Communist in the popular press; Shostakovich made an appearance — in New York City in March 1949. Bernstein is fourth from the left on the bottom row. 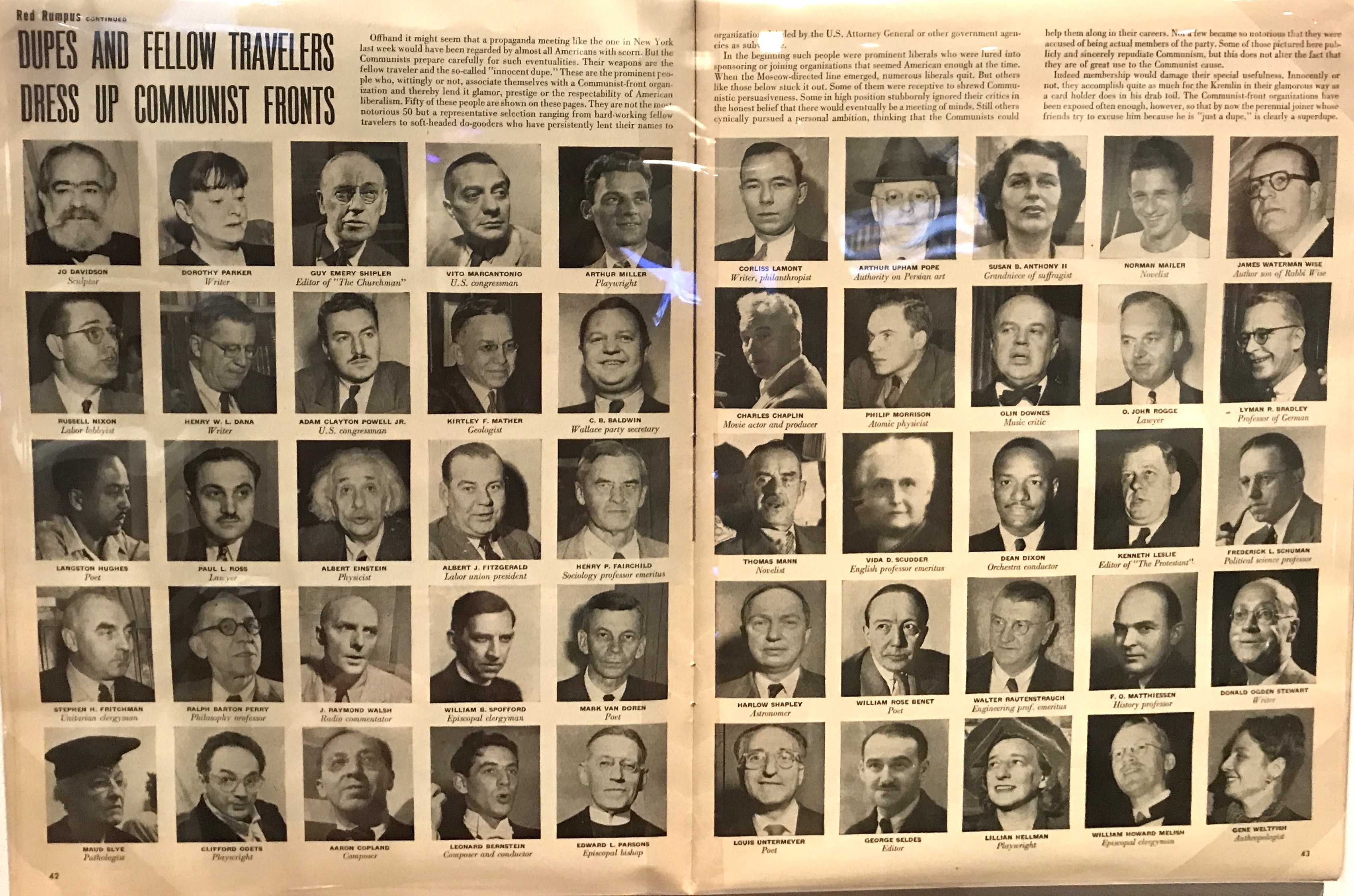 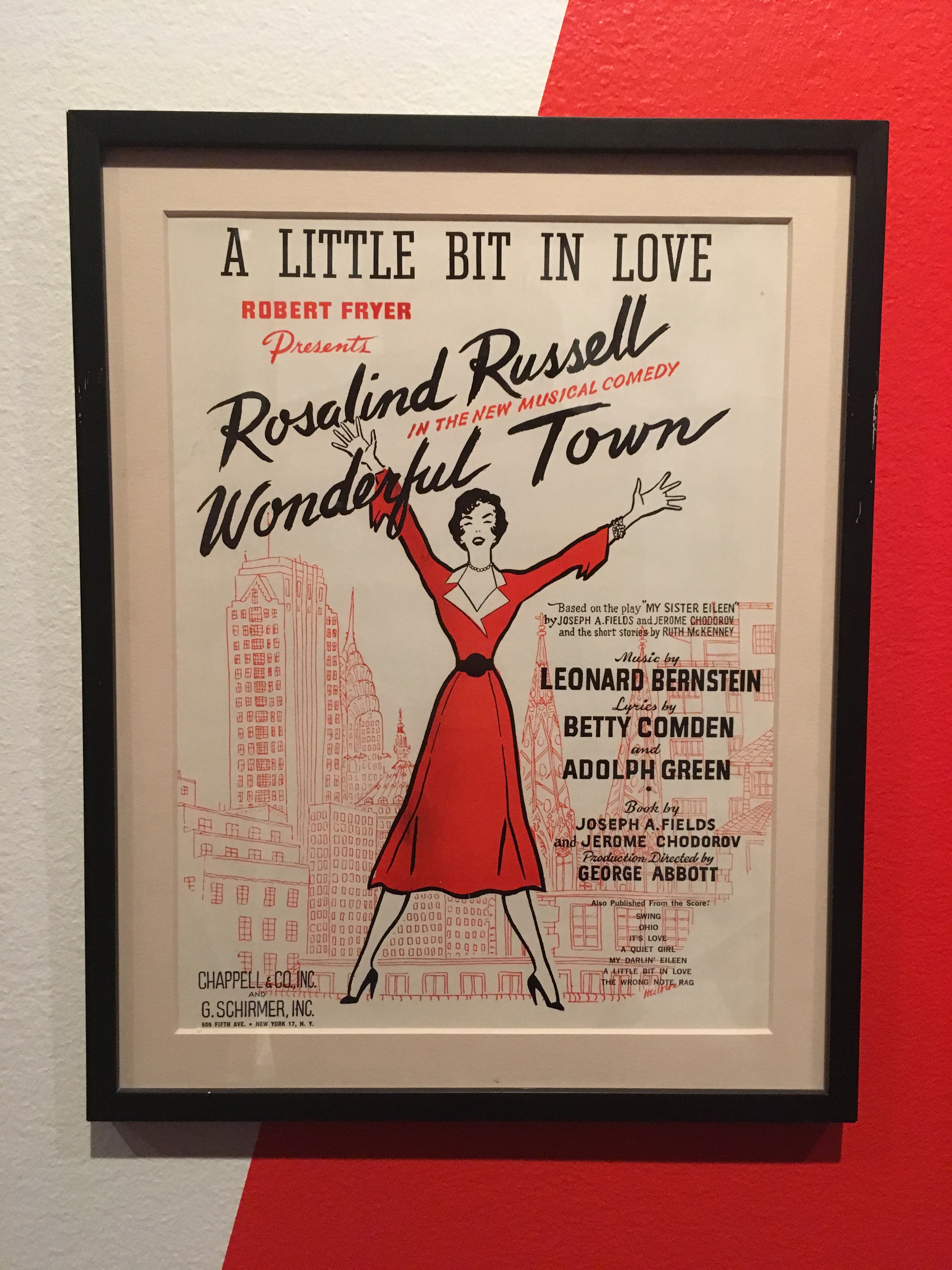 Bernstein at the Skirball

A Reason To Celebrate

The state of music criticism