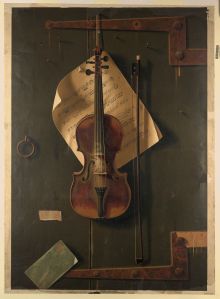 Tim Page reviews — or ponders — the largest boxed set of CDs ever produced (all conducted by Herbert von Karajan)….

Soprano Nina Stemme is awarded the Birgit Nilsson Prize and lots of money….

Police were called in Ohio after a man playing bassoon was thought to have a gun….

A celebrated American film director will make his debut directing opera at La Scala next season….

A new classical music talent show may be on television soon and Plácido Domingo might be a judge….