“The Noise of Time” by Julian Barnes. Barnes, the author of such remarkable books 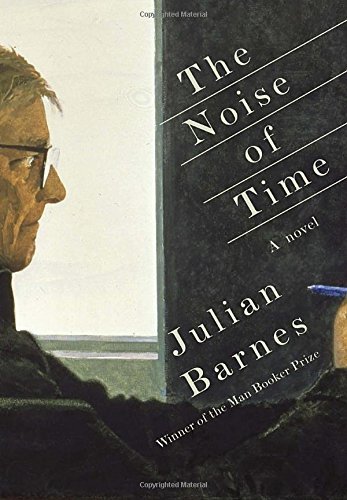 as “Flaubert’s Parrot” and “Arthur and George,” has based this novel on ostensibly non-fictional material. In an author’s note at the end, he sites two main sources, Elizabeth Wilson’s “Shostakovich: A Life Remembered” and Solomon Volkov’s ever-controversial “Testimony: The Memoirs of Shostakovich,” the cause of the so-called “Shostakovich Wars,” which you can Google and read about for days. Barnes says he treated the latter as a biographer might treat a private diary — that is, as not entirely reliable and unbiased. Which I thought was a neat way of going about it, and which others, no doubt, will think is like having your cake and eating it too.

The story is narrated by Shostakovich, sort of. The reader is put inside the composer’s head; we are aware of what he’s thinking. At the same time, those thoughts are relayed in the third person, so there’s also the feeling of the all-knowing author/narrator. There is very little dialogue. Just the composer thinking about what is happening and what has happened to him in the course of his life in the darkest days of the Soviet state. It’s all here, the “Lady Macbeth” scandal, the Pravda damnation, the Fifth Symphony as response and much more. The thoughts are arranged more or less in chronological form, so that when you finish the book, you feel you’ve read a kind of secret biography.

“Charles Jessold, Considered as a Murderer” by Wesley Stace. Stace is also a rock 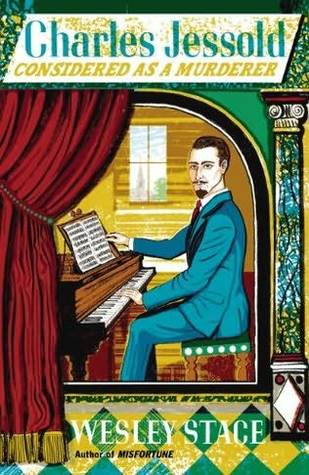 musician who works under the name of John Wesley Harding. This novel is not the work of a dilettante, however, but an intricately woven, deeply researched and absorbing tale of British classical music in the early part of the 20th century. Read the acknowledgements first, if you like, and be stunned.

It’s a murder story, basically, told by a music critic who was also a sometime collaborator of the title composer. He has been found dead in his home, an apparent suicide, just two days before the English Opera Company was to give the premiere of his new opera. His wife and her lover lay dead on the bed nearby. That’s just the start. Leslie Shepherd, our narrator, picks it up from there.

Here’s a taste of Chapter 1:

“I met Charles Jessold, the murderer, on 21 May 1910, the day after King Edward’s funeral. We were guests at a Hatton Manor Saturday-to-Monday, and it was on that very first evening that I had occasion to tell of Carlo Guesaldo, the composer whose story made such a lasting impression.

“I had just entered the room, a quick inventory of which revealed: three composers (one of note, two of naught), a conductor, and a miscellany of vicars, musical scholars and enthusiasts; not to mention Cedric Mount (our most esteemed member) and of course Antic Jackson who, despite arriving on the same late train from town, had managed to beat me downstairs. I was, as ever, the token musical critic.”

Books on classical music: Some essentials (2)

3 thoughts on “Books on classical music: Some essentials (3)”