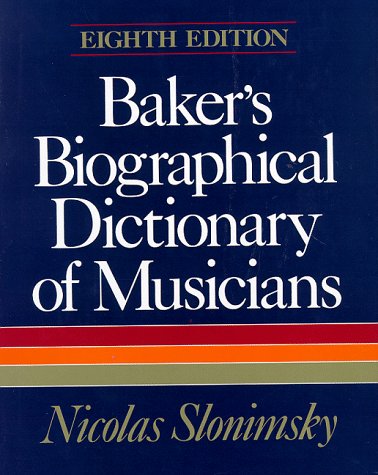 A little knowledge will help you enjoy classical music more than none. A lot of knowledge will help even more. Here are a few books that I think every classical music lover should have on their shelves for easy reference. If you prefer digital formats to print, that’s your business (though not all of the books I will list are available in digital formats). But I think print is more friendly to browsing, and all of these books reward it.

Baker’s Biographical Dictionary of Musicians by Nicholas Slonimsky. Long a standard reference work, Slonimsky’s Baker’s is notable for its scholarly exactitude and scope, with entries on musicians great and small, ancient to modern. Baker’s is a great work of synthesis, with work lists and bibliographies also included at the end of the entries; it is also beautifully written in an entertaining and concise English, which often contains a dash of dry wit. It’s the first place to turn to if you want a quick but thorough bio of Beethoven (in a little more than five closely written columns) or to happen upon some (present day) nonentity such as Francois-Joseph Fetis, “a pioneer in musicology,” Slonimsky informs.

Here’s a brief sample from his entry on Beethoven:

“From his entrance into Viennese Society he demonstrated his spirit of independence, his love of freedom, his refusal to be obsequious, in a world in which even such great musicians as Haydn had to practice subservience. No doubt, he deliberately cultivated his eccentricity. (He remarked that ‘it is good to mingle with aristocrats, but one must know how to impress them.’) His genius as an artist, and his noble generosity, won the hearts of music lovers, and caused them to overlook his occasional bouts of temper. With increasing deafness, however, his character altered; he gradually grew taciturn, morose and suspicious (traits aggravated by the sordid meanness of his brothers, Karl and Johann, who also settled in Vienna), and treated his best friends outrageously. When his brother Karl died in 1815, leaving a son to Beethoven’s guardianship, Beethoven undertook the boy’s education as a sacred trust; his mental anguish at the failure of this task forms one of the saddest chapters of the great man’s life, and still further darkened his declining years.”

The eighth edition, the last completed before Slonimsky’s death at 101, appears to be out of print, but is readily available both used and new on Amazon. 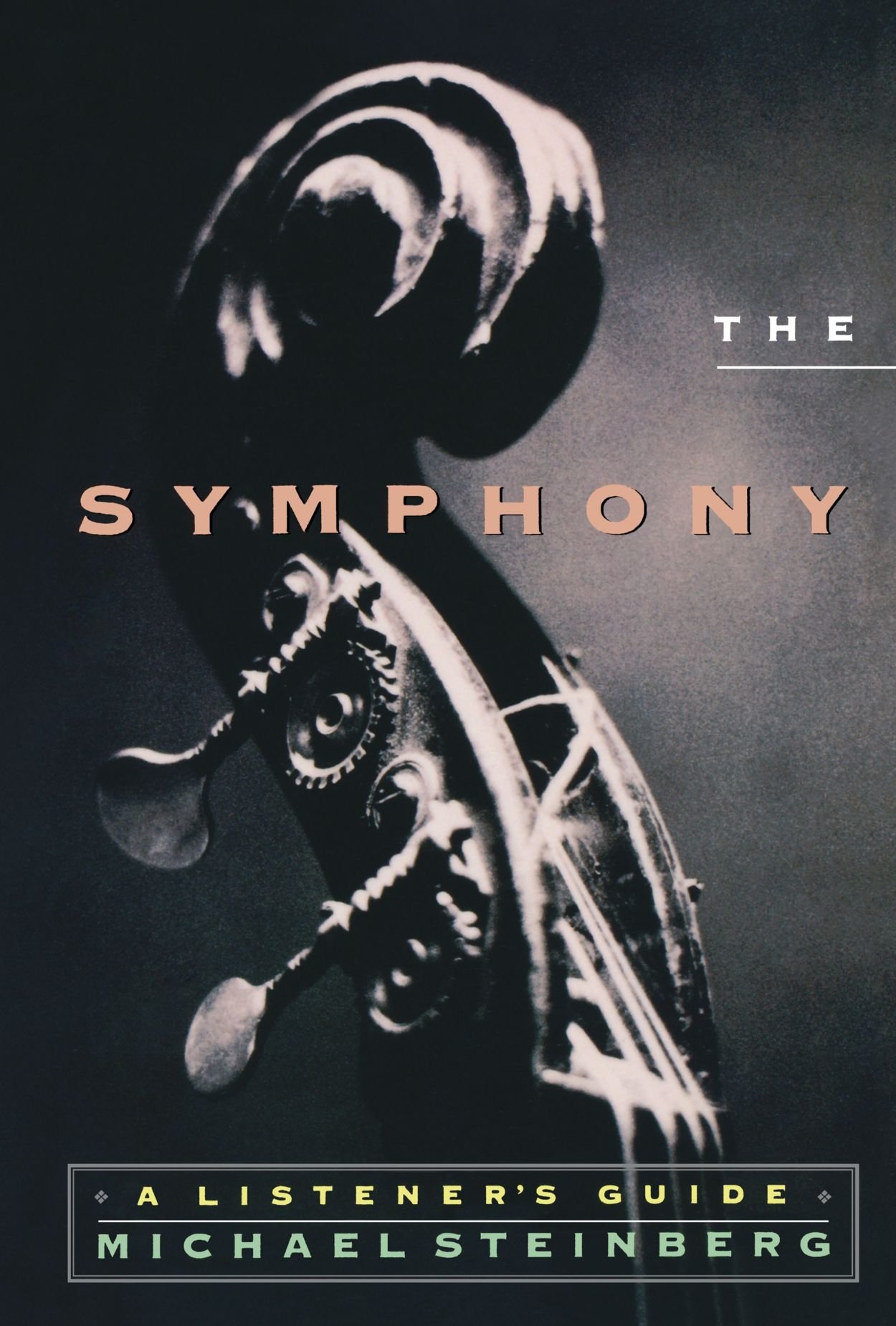 The Symphony: A Listener’s Guide by Michael Steinberg. This volume collects Steinberg’s erudite but infectiously written program notes — essays, really — that he wrote for the Boston Symphony, San Francisco Symphony and others on symphonies from Beethoven through William Walton. There are a few omissions for sure, but some surprising and welcomes inclusions as well, such as notes on symphonies by Gorecki, Piston and Tippett. In all, the book feels complete.

Steinberg always has the common reader in mind, even though he can get rather deep into analysis. But all the plain facts are there too, the stories behind the creation of these works. The book is enjoyable to read, which isn’t something you can say about many program notes.

Here he is on the last movement of Beethoven’s Symphony No. 1:

“Beethoven surprises — and amuses — us by setting a slow introduction at the beginning of the Finale. In the first movement he had used a scale to make his way from adagio to allegro. Here he does the same thing, except that now he makes a joke of it, a simple but good one that is better heard than described. Nor has he, at this point, had the last of his fun with scales in this movement. The comic beginning nicely sets the mood for a high-spirited conclusion.”

This accomplishes what every program note should accomplish but that few do. It makes you want to hear the piece under consideration. Steinberg also published The Concerto: A Listener’s Guide, which we also commend.

4 thoughts on “Books on classical music: Some essentials (1)”