A huge thank-you to composer Michael Daugherty for giving us some insight into this world premiere. “To the New World” was commissioned by Pacific Symphony, and was written in commemoration of the 50th Anniversary of the historic Moon landing by the crew of Apollo 11 in 1969. You can find more information, and purchase tickets, at our website here.

On Sept. 12, 1962, President John F. Kennedy’s famous speech, “We choose to go to the Moon!” launched America’s race to become the first country to land a human on the Moon. On July 16, 1969, a massive Saturn V rocket propelled the crew of Apollo 11—Neil Armstrong, Buzz Aldrin and Michael Collin—from the Kennedy Space Center in Florida into outer space. Like the rocket, which separated in three stages after lift-off, and the spacecraft, which was divided into three modules, my 22-minute composition is in three movements. I have created otherworldly music, evoking the sense of awe and trepidation that the Apollo 11 astronauts must have felt as they traveled to the new world.

“Moonrise,” the first movement, takes its title and inspiration from the 1917 Imagist 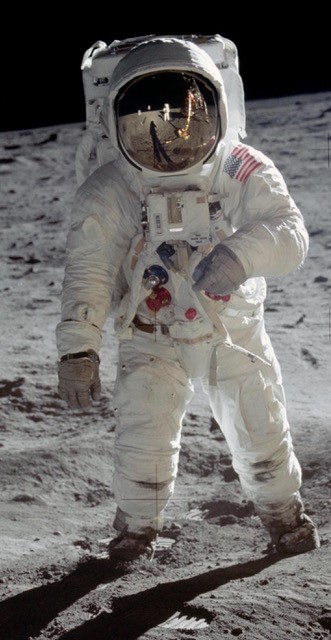 poem by the poet Hilda Doolittle: “O flight, / Bring her swiftly to our song.” Neil Armstrong, the commander of the Apollo 11 mission crew, played euphonium during his college days and was a lifelong music enthusiast. For his historic trip to the Moon, Neil Armstrong brought along cassette tape recordings of his favorite music, including Antonin Dvořák’s Symphony No. 9, subtitled “From the New World,” and Les Baxter’s “Music Out of the Moon,” a mixture of lounge jazz and exotic music featuring a theremin. A favorite instrument of Neil Armstrong, the theremin was a microtonal electronic musical instrument often used in 1950s science fiction film soundtracks. In a tip of the hat to Neil Armstong, I have added a solo euphonium to the brass section and a soprano vocalist, singing and glissing like a theremin. I also interweave musical fragments and chords from the second movement of Dvořák’s Symphony No. 9 with atmospheric cluster chords and atonal punctuations, performed by the harp, celesta and mallet instruments. On July 20, with only 25 seconds of fuel left, Neil Armstrong landed the “Eagle” lunar module on the Moon’s surface, in an area known as the “Sea of Tranquility.”

The second movement, “One Small Step,” is inspired by his memorable words, beamed back to Earth as he became the first human to walk on the surface of the Moon: “That’s one small step for man; one giant leap for mankind.” I have rhythmically translated these words into a repeated, syncopated rhythmic pattern (ostinato) that is first heard in the marimba. To dramatize the unearthly sensation of Armstrong’s moonwalk, this movement features an amplified soprano vocalist singing an eerie wordless melody, accompanied by a waterphone (an inharmonic acoustic percussion instrument, which creates sound by bowing a stainless-steel resonator filled with water). 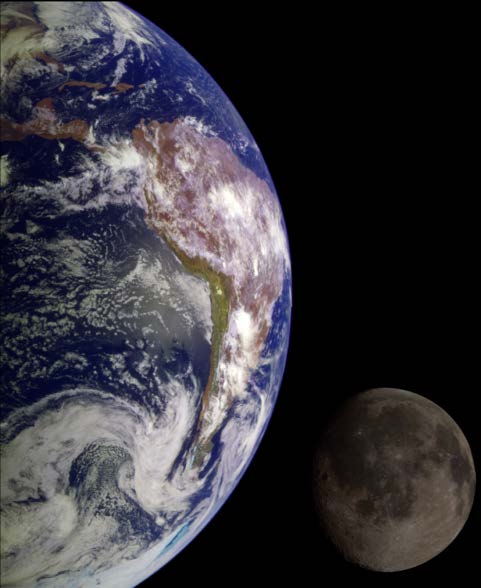 After completing their mission on the moon, the astronauts returned in a command module streaking into the Earth’s atmosphere at a speed of 25,000 miles per hour. They safely splashed down into the Pacific Ocean on July 24, 1969, and were greeted to a hero’s welcome around the world. In “Splashdown,” the third and final movement, I celebrate the return of Apollo 11 in a dance rhythm composed in a recurring musical motif of 11 beats. This motif, first heard in the double basses and cellos, moves at lightning speed through the strings, woodwinds, brass and percussion of the orchestra. I also create polyrhythms by superimposing the 11-beat motif over a four-beat pulse. To heighten suspense, I feature flexatones that create strange glissando effects in the percussion section. A spirited coda brings our celebration of the historic first landing on the Moon and “a giant leap for mankind” to a rousing conclusion. But before the final triumphant chord, the glockenspiel, harp and celesta softly play an ascending scale, as I imagine the three astronauts glancing back at the Moon one last time.

Michael Daugherty is an multiple GRAMMY award-winning American composer,
pianist and teacher. One of the most widely performed American concert music composers, he was Composer-in-Residence with Pacific Symphony during the 2010-11 season. As part of the residency, Pacific Symphony commissioned and recorded Daugherty’s “Mount Rushmore” for orchestra and chorus for the Naxos label.