(Here’s an interview with composer John Williams that I wrote for England’s Gramophone magazine back in 2005. Richard Kaufman conducts Pacific Symphony in Williams’s Oscar-winning score to “E.T. The Extra-Terrestrial” for a screening of the film Saturday night. Tickets here.) 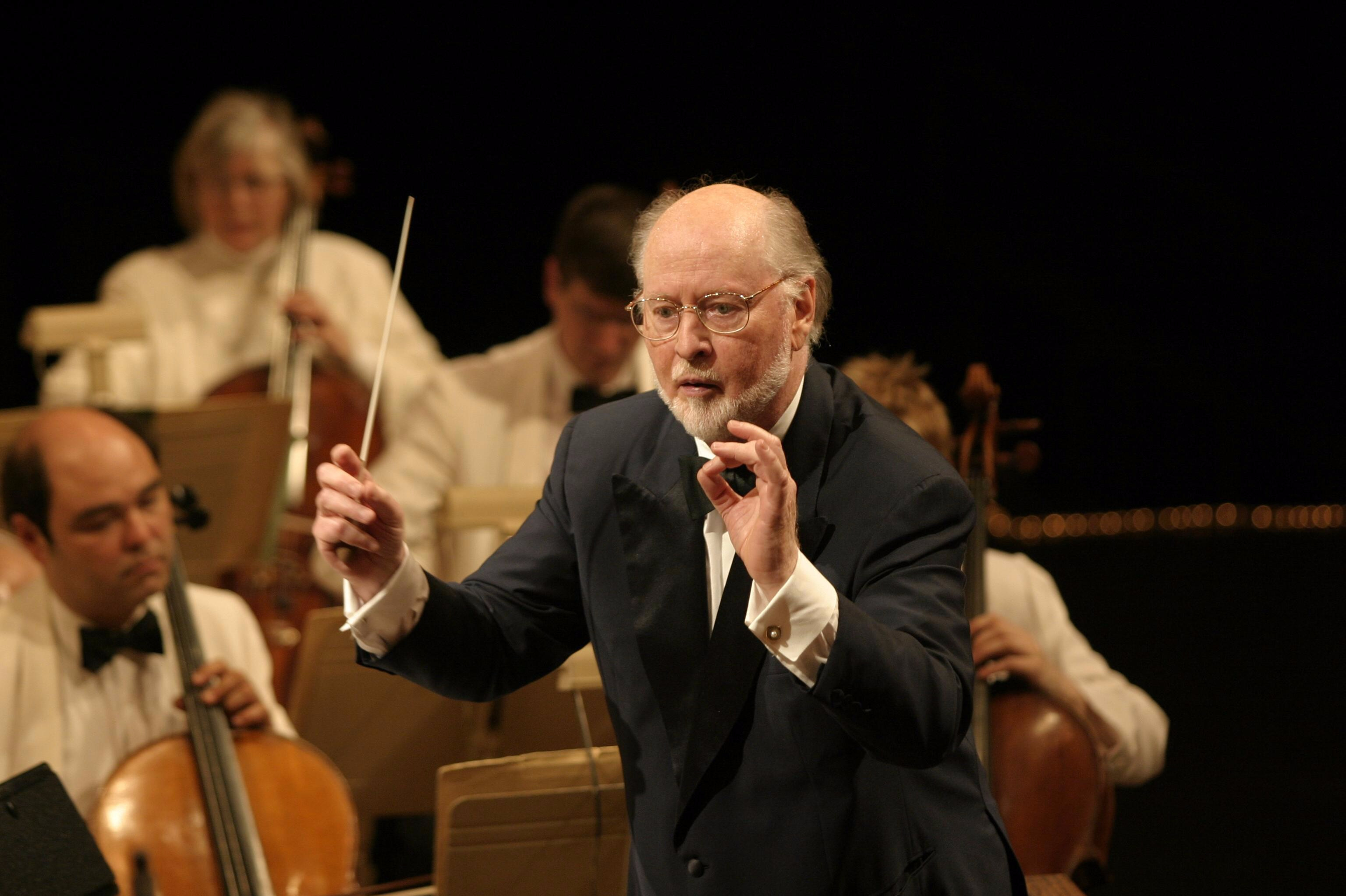 It must have been a proud moment for the young John Williams – the red carpet premiere of William Wyler’s How to Steal a Million at the Egyptian Theater in 1966. It was one of the composer’s first major film scores. Walking out afterwards, there stood Mr and Mrs Igor Stravinsky two couples ahead, and Williams’s wife, Barbara, encouraged him to introduce himself. But Williams was terrified, he recalled recently. ‘I was convinced that he probably would have said to me, “So you’re responsible for the rubbish I just heard for these two hours.”’

Things are different now, but Williams is still a modest person. Sitting down to an interview in a faux-rustic (this is Hollywood, after all) meeting room at DreamWorks’ offices on the Universal Studios back lot, the man who never met Stravinsky had just received his 44th and 45th Academy Award nominations, for the film scores to Munich and Memoirs of a Geisha. He pronounces himself delighted, a sliver of a smile lightening his features.

‘It’s not something that you get used to, or that has happened so much that it’s not a kick or a thrill.’ Williams (though he didn’t win this year) is now tied in second place, behind Walt Disney, for the most Oscar nominations with composer Alfred Newman, who, as it happens, first hired young ‘Johnny’ Williams as an orchestrator in the 1950s at 20th Century Fox.

‘On the other hand,’ Williams adds quickly, ‘when one thinks about music, and the art of music and so on, or even film creation, it’s hard to think of people as being winners, that someone has given the best performance, or the best film, or the best score.’ Everything in perspective. 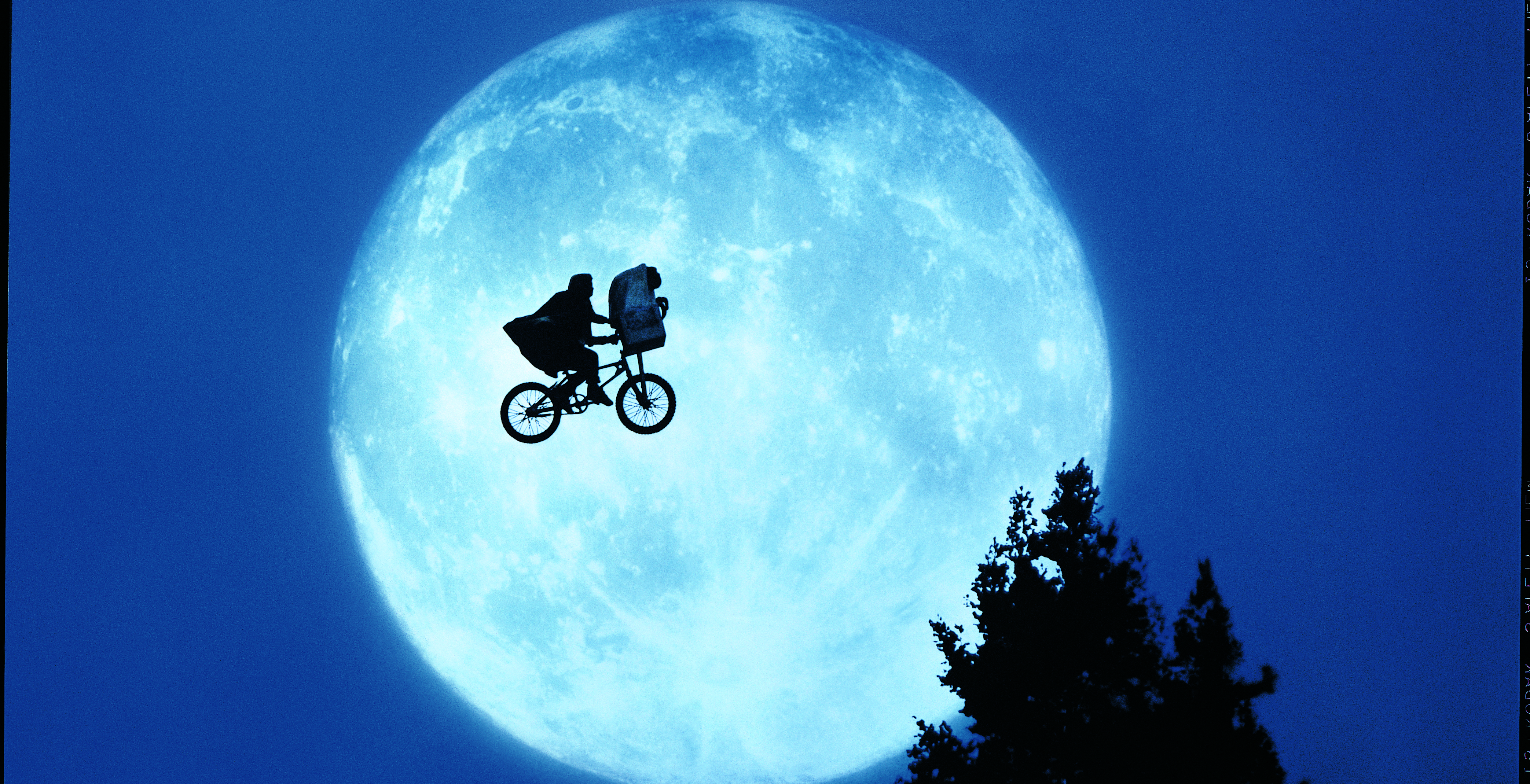 Even by his own standards, 2005 was an active year for the composer. (‘It’s not hard work that makes success; it’s sustained hard work that makes success.’) He composed four major film scores, two for Steven Spielberg (War of the Worlds and Munich), one for George Lucas (Revenge of the Sith, the last installment of the Star Wars series) and Geisha. While the other three films may explore typical Williams terrain, Geisha is something of a departure, and all the more enjoyable for it, he says.

‘With the Star Wars films and the War of the Worlds, one is always faced with a challenge of creating so much energy with the orchestra, because we have spaceships running and cannons firing and the orchestra blazing away. In the case of Geisha, the challenge and the opportunity was to combine the modalities of Orientalism, that are pretty much understood internationally, with the broader emotional palette – I think I can put it that way – of the Western symphony orchestra, and bring them together in a very delicate and even fragile kind of setting, which Geisha certainly was, at least by contrast to me.’

He studied traditional Japanese music before getting started, refreshing an interest that dates at least to the 1960s. Back then, he explains, he wrote a Flute Concerto that attempted to evoke the sound of the Japanese flute, or shakuhachi, on a Western concert flute. In Geisha, Williams uses not only a genuine shakuhachi, but kotos, taiko drums, shamisens and a biwa. But even before he began on the score, he knew these traditional instruments wouldn’t be enough. The sound of the cello, and Yo-Yo Ma, sprang to mind.

‘Before I saw the film, having read the book, I thought that somehow the voice of Sayuri, the little girl, she could be represented by the sound of a cello, which is not Japanese particularly, and Yo-Yo is Chinese-American, I guess you can say. But I think the biggest single mission perhaps of the filmmakers and myself is to try to seek universalisms in the story, in the music and in the emotions. The picture was given in English, not Japanese. So I did ring up Yo-Yo immediately and he said “Yes, yes, of course, I’ll come.”’

With Ma on board, and also violinist Itzhak Perlman, the Geisha score, though not without its doses of lush Romanticism, is a polished, haunting and somber amalgam of East and West that might easily be mistaken for the work of Tan Dun or Bright Sheng.

Of course, Williams’s film scores are always reminding people of other composers. Star Wars is reworked Holst and Korngold it is said; the theme to ‘Can You Read My Mind?’ from Superman is straight out of Richard Strauss’s Death and Transfiguration. It’s not exactly a fair accusation – after all, a John Williams score is as immediately recognisable as anything in classical music – but it doesn’t seem to bother him. Does he consciously quote other composers in his film scores?

‘No, I’ve deliberately not done that,’ he says. ‘But I couldn’t approach writing that way.’ Instead he asks himself, ‘What is the texture, what is the tone of this particular film?’ before he starts writing.

‘Superman is about as different as it can be from Schindler’s List, for example; you can’t reverse the two. I mean there may be allusions to other music but it’s certainly not deliberate. It’s more of an attempt to make a connection with an audience, and (in the case of Superman) about what a hero is – what we think in the year 1980, or whatever it was, a hero should be represented by. Probably, in very conventional terms, a trumpet to begin with, or some drums if you like. And the music should be tonal and heraldic and heroic and so on.’

To serve the film – both its architecture and editorial rhythm – is his mantra, and that means discovering an audience’s ‘sense of gravity’. In a surprising way, the idea proved crucial in shaping the style of his most iconic score, Star Wars.

‘I think in my mind, and possibly also George Lucas’s, when I was writing the score, I thought it was a children’s film. I thought that it was something that kids would go to on a Saturday afternoon, and that it had a kind of cartoon-like character, and the orchestra and the music should somehow be in that genre, whatever that is. But I thought, I have to grab the attention of the 10-year-olds with this.’ The emotions would have to be large, a sense of good versus evil made palpable. Simple tunes would be the key, though that was easier said than done.

‘To say Darth Vader to a 10-year-old in clear, memorable and immediately affecting terms is a big challenge. And it’s an opportunity probably that is, maybe sadly, found only in the craft of film scoring any more. I mean, where else can you do that?’

Though Williams doesn’t think of himself a classical composer – ‘I’ve had to adjust my stylistic approach so often to this subject and to that next subject and the next one’ – he has of course written a good many concert works for symphony orchestras, including a symphony, numerous concertos and occasional pieces. As with his film scores, he assesses his concert work modestly.
‘I’ve always felt that my efforts in that area were more than anything exercises in self-instruction and self-development, and presenting myself with opportunities that I wouldn’t have in the restricted areas of composing film music.’ Pressed to name his favourites, he admits to an affection for the second movement of his Violin Concerto, and for a Horn Concerto that he recently wrote for Dale Clevenger of the Chicago Symphony. ‘But I’d like to wait and see, I’d like to hear that in about 10 years, if I’m around then, see how that sizes up.’

Both conductor Kent Nagano and more recently tenor Plácido Domingo have requested operas from Williams, but he doesn’t think it’s likely he’ll write one. He’s not a vocal composer for one thing, and what’s more it’s hard to find the time. But, typically, he’ll never say never. ‘If a libretto could come forward that I thought I could do, that I actually thought I’d read this and know how to set it, I would do it. Thus far that hasn’t happened. Probably won’t happen.’

Williams composes in a quiet and charming bungalow, complete with a grand piano, a kitchen, a library, and a small screening room a few steps away. Unlike the newer synthesizer-loving generation, he still uses pencil and paper to write, watching a scene, taking notes, then plunking away at the keyboard. He composes directly on sheets with 10 or 12 staves, indicating the orchestration in minutest exactitude, ‘articulated down to the last harp and percussion block detail on the sketch.’ It has to be this way. In film music, he says, the colour counts as much as the tune, sometimes even more so. Stravinsky would surely approve.

It’s a life he seems contented with, excited with, in his own way, and he has no intentions of changing it anytime soon. ‘I don’t have plans to slow down,’ he says. ‘I think slowing down happens to us anyway, whether we plan to or not. So why plan it?’