An Evening of Family Fun at Symphony in the Cities: Mission Viejo

People dancing all in the street
See the rhythm all in their feet
Life is good, wild and sweet
Let the music play on

These lyrics to Lionel Richie’s hit “All Night Long” blared over the speakers to welcome guests to a party of neon colors, DJs and dance floors at the Village Green in Oso Viejo Community Park last Saturday.

Mission Viejo and Pacific Symphony joined efforts to bring the Symphony in the Cities concert to the area for an educational and fun evening. The concert also coincided with a 30th-year celebration of the city, incorporated in Orange County in 1988. 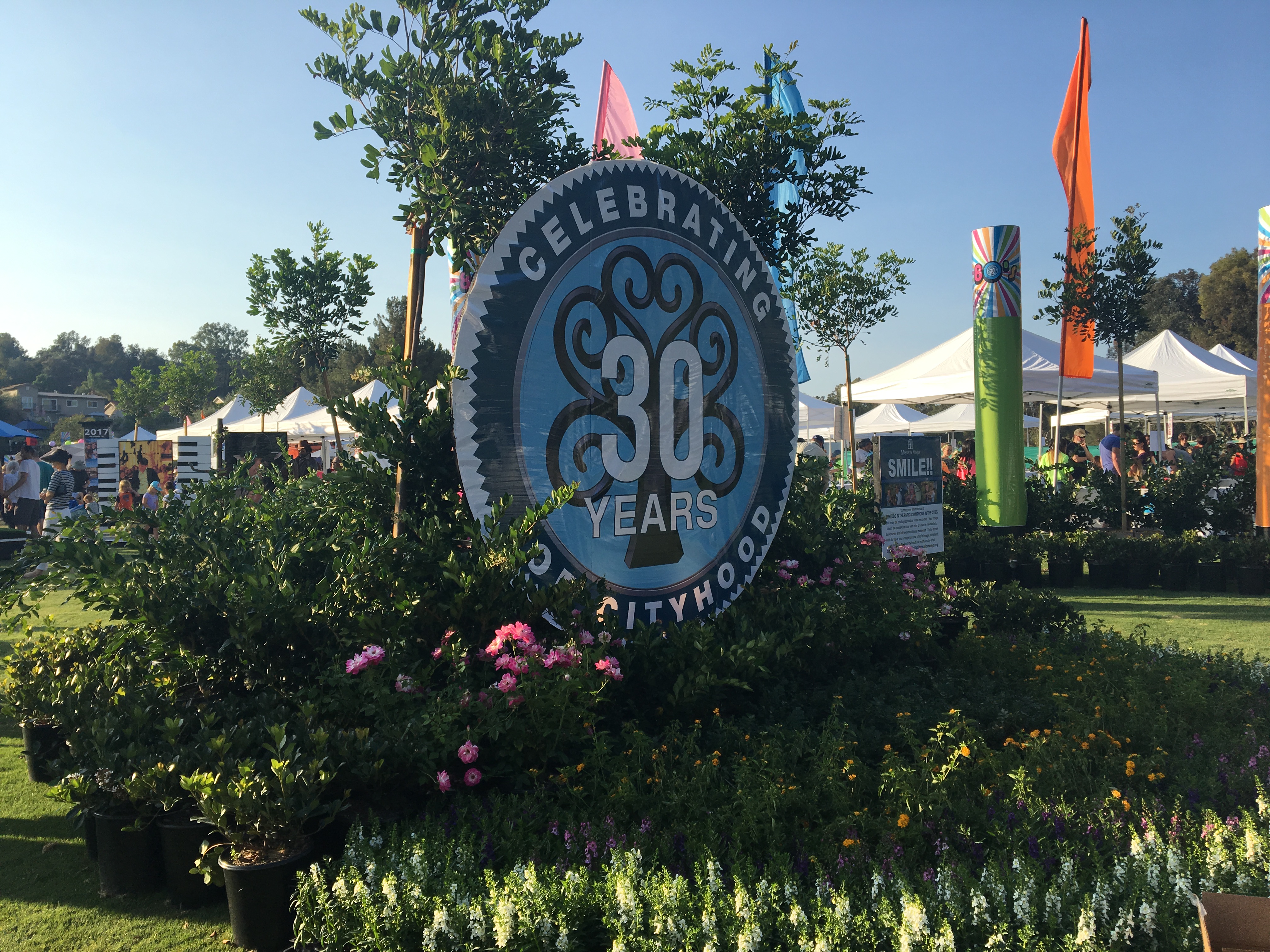 This year’s theme, specifically for the Prelude in the Park, a pre-concert musical playground and entertainment, transported concertgoers back to the ’80s. Scarecrow representations of famous film characters from the era — from “Indiana Jones,” “E.T.” and “Back to the Future” — pillared the concert grounds as Beetlejuice and Michael Jackson impersonators walked around in their garb, snapping photos with fans. 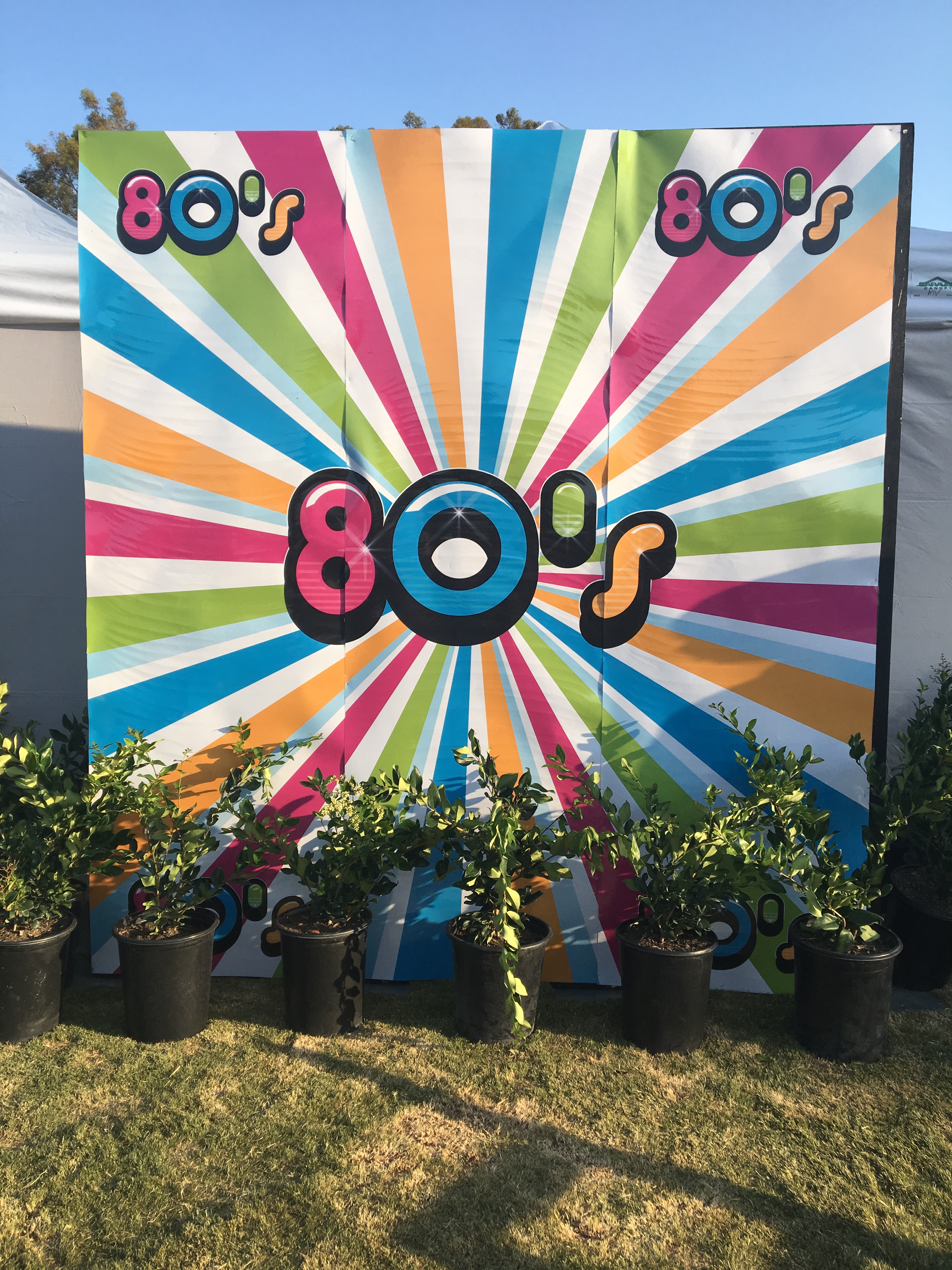 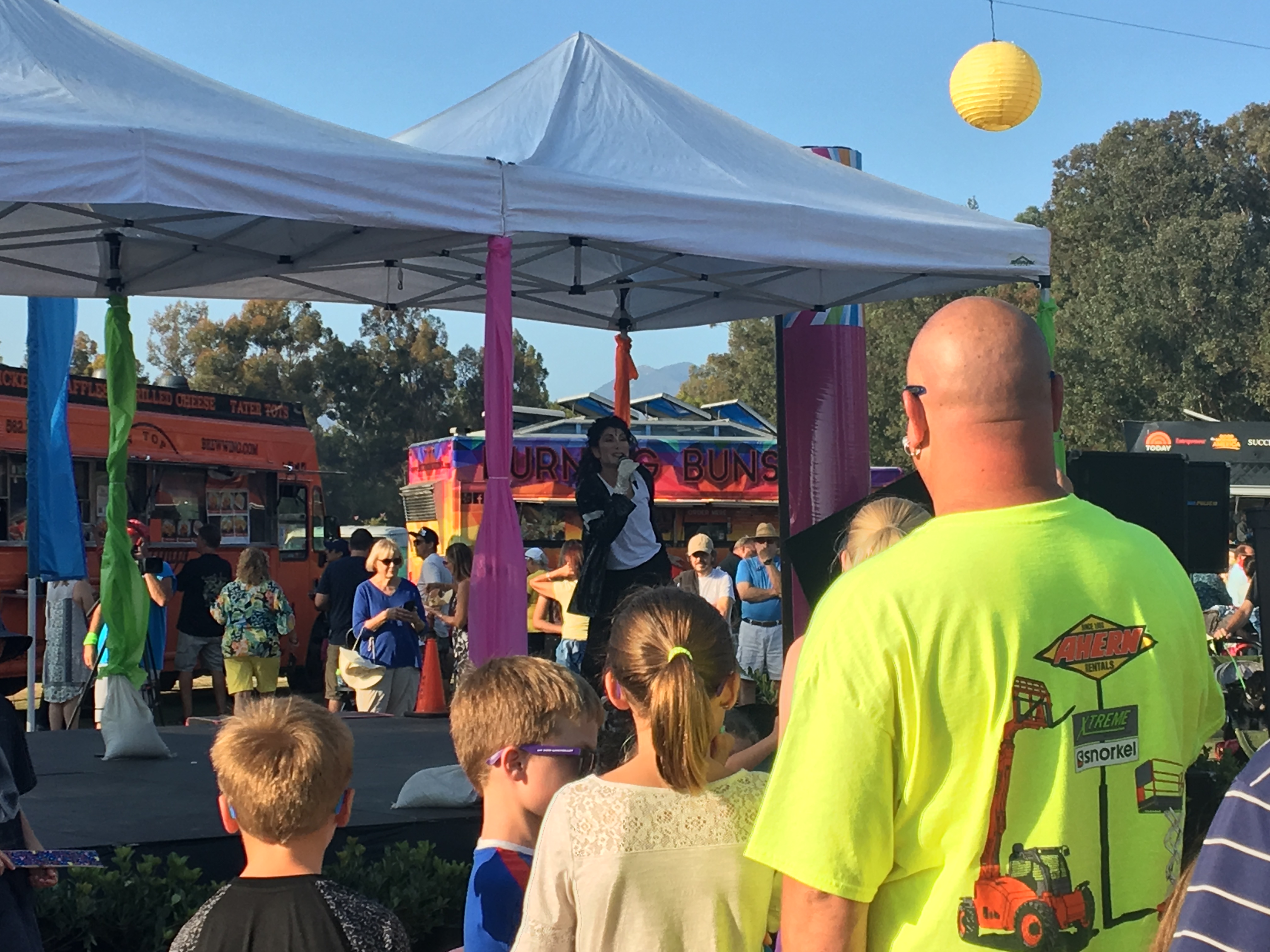 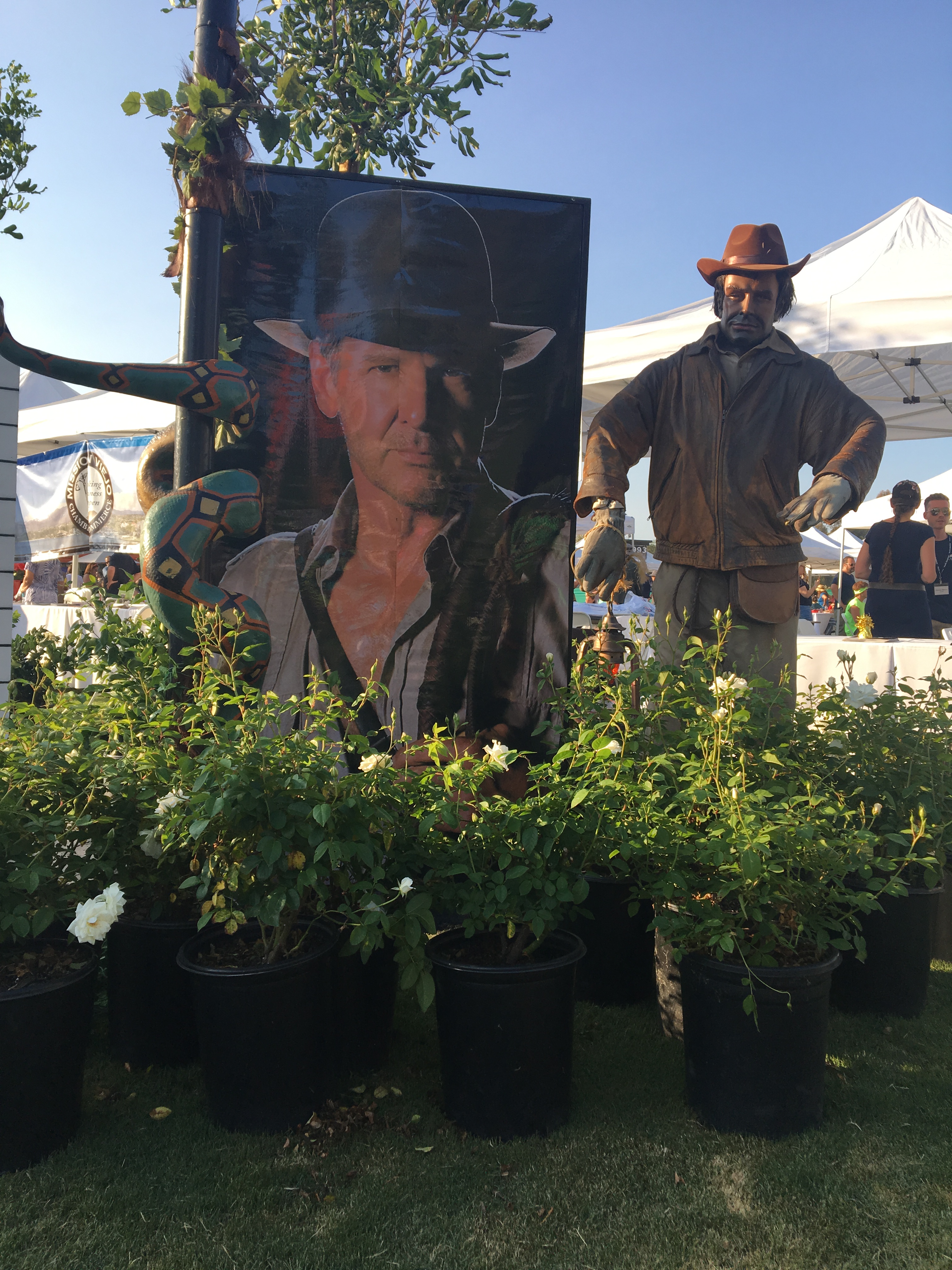 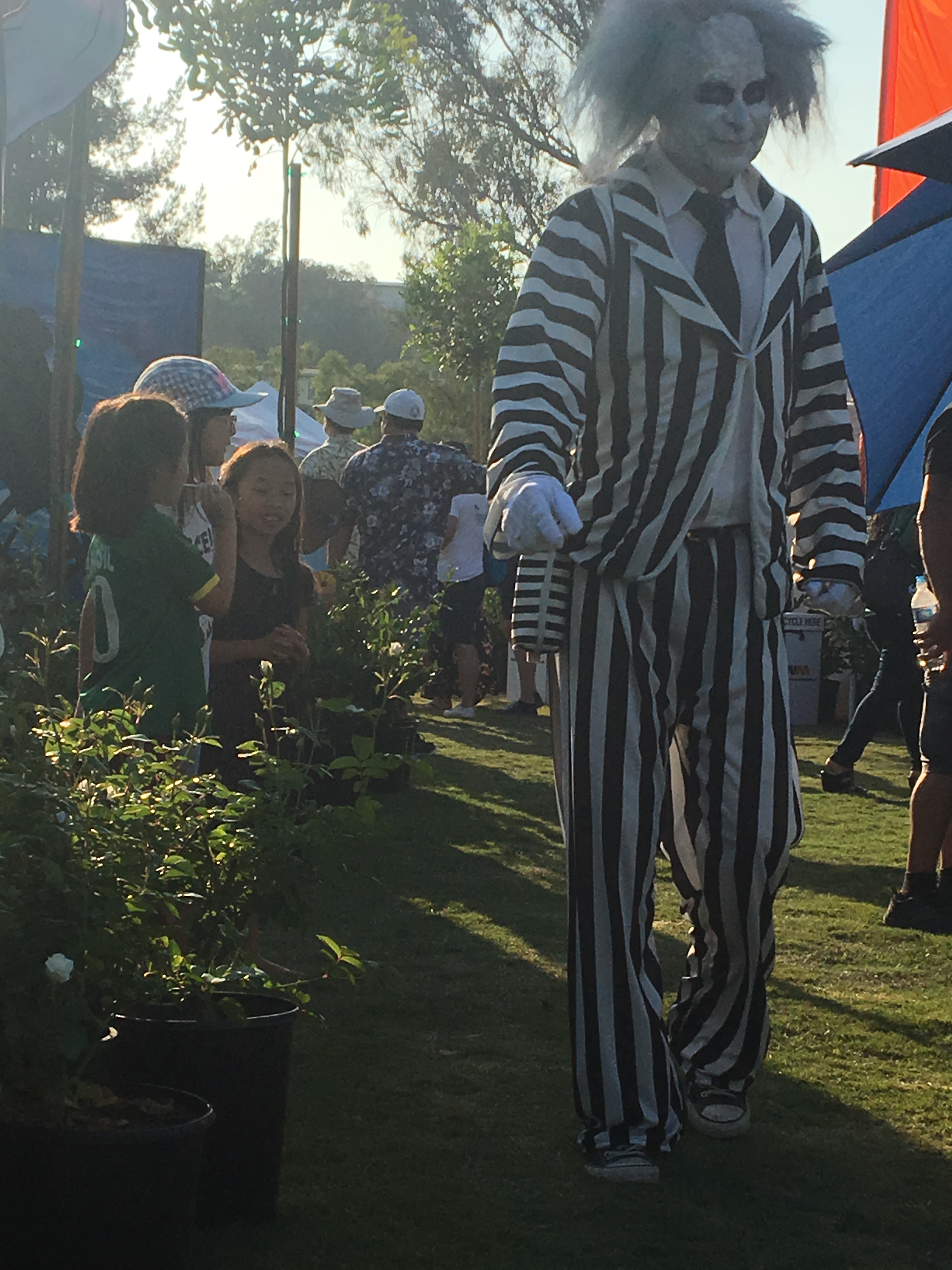 Among the tents of local vendors showcasing their crafts and goodies, several tents hosted music education and appreciation activities such as a drum circle, a musical “petting zoo,” where kids and adults alike had the chance to try out an assortment of instruments, even a gigantic piano, on which people could stomp out tunes with their feet. 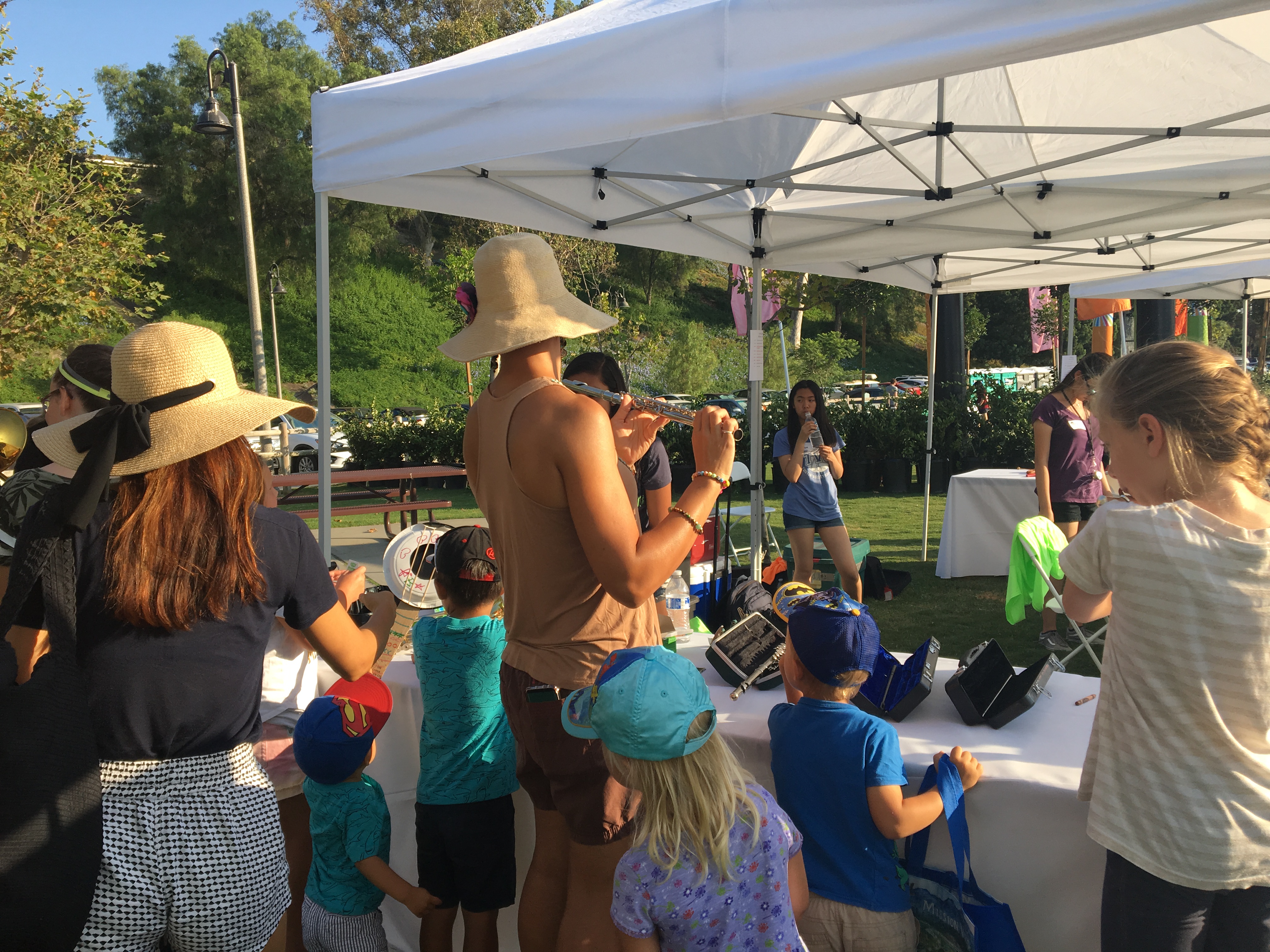 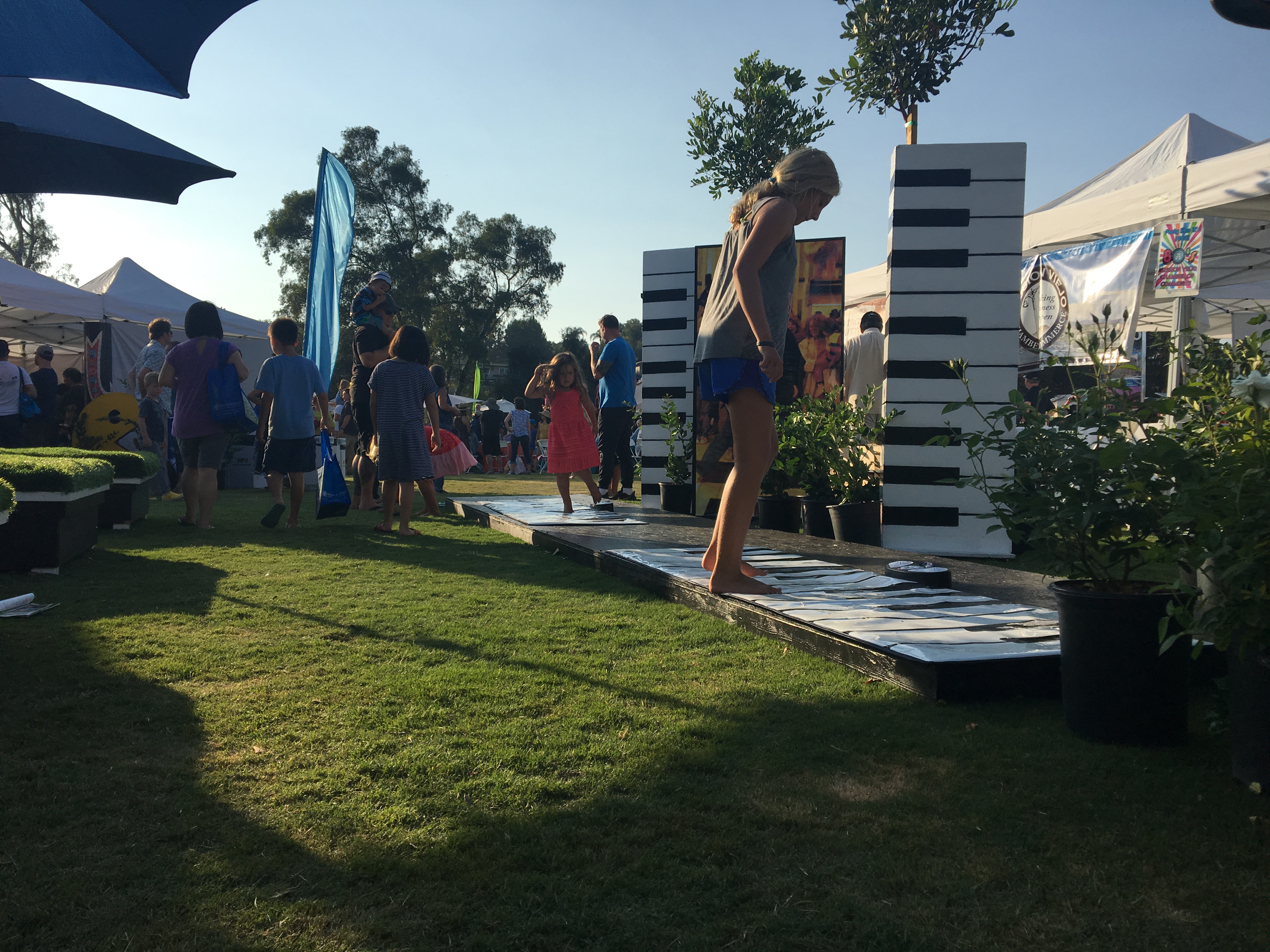 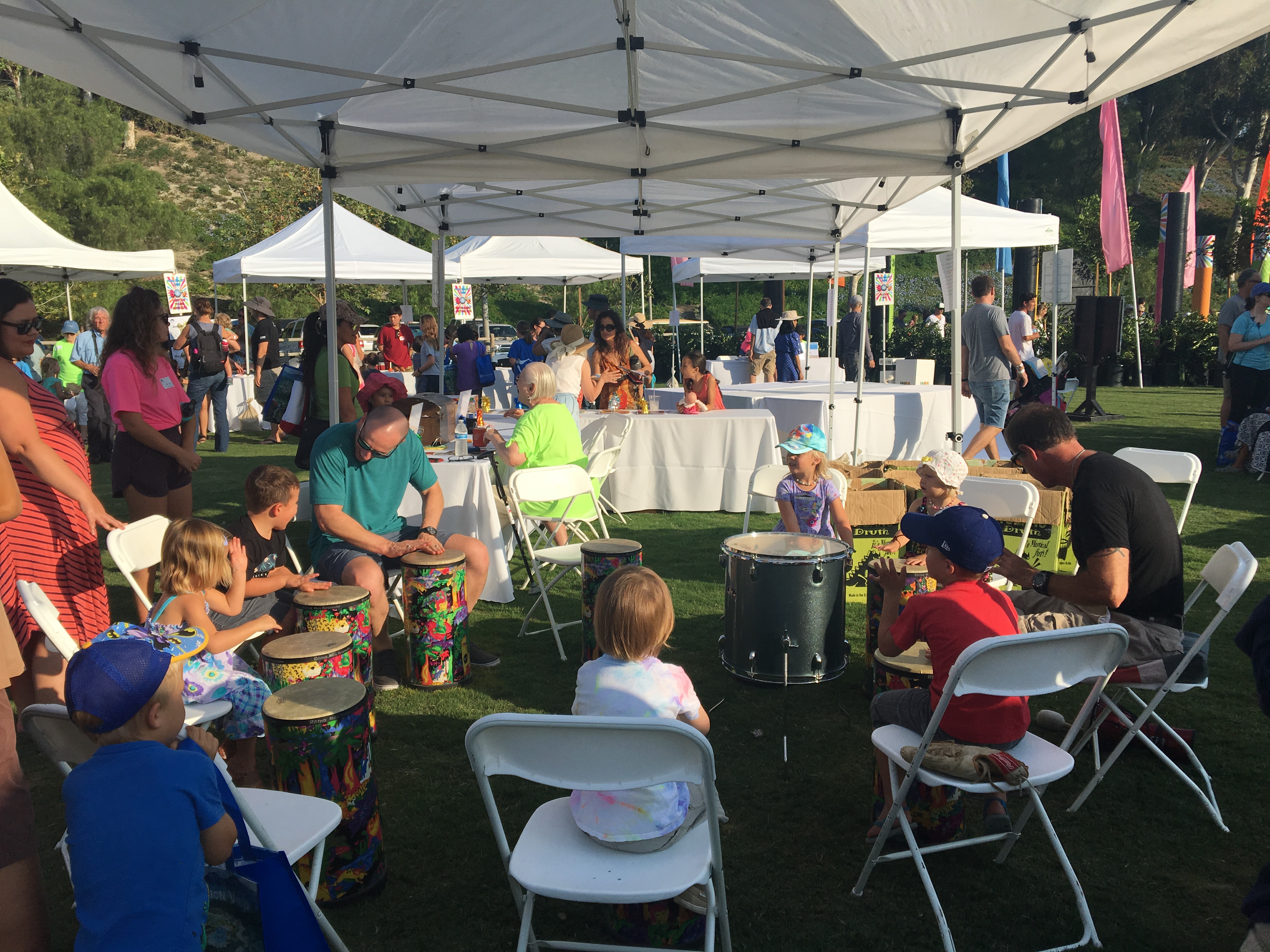 Once the sun began to set, Pacific Symphony took to the stage.

Normally, those youngsters lucky enough to “enroll” in Maestro St.Clair’s conducting clinic, held during the Prelude in the Park, are the only ones allowed to conduct the orchestra for the opening piece of the concert, Sousa’s “Hands Across the Sea.”

However, as a special treat for this year, Maestro St.Clair invited all those eager for a shot to make their conducting debut to the stage while volunteers handed them “batons” of brightly colored straws. Alan Chapman, the concert’s host and the voice of Classical KUSC, joked he that he saw a dog conducting.

This Symphony in the Cities took an operatic twist with special guests Chelsea Chaves, soprano and Nicholas Preston, tenor, who joined Pacific Symphony  for selections like Puccini’s “O mio babbino caro” and “Nessun dorma,” and Verdi’s “Libiamo ne’ leieti calici.” After the pair finished their set, the audience stood in a thunderous standing ovation; even a little boy could be heard cheering in adoration.

When requested by the concertgoers in the “Ask the Orchestra” segment, the orchestra also demonstrated which instrument could play the highest range and which instruments would differ in the Verdi and Puccini era.

The evening capped off with a bang after a round of audience participation singing the lyrics to “America the Beautiful” and “God Bless America,” with Preston and Chaves taking to the stage for a final farewell. Then, fireworks glimmered in the clear night sky with a joyous tribute of “Stars and Stripes Forever.”

An Evening of Family Fun at Symphony in the Cities: Mission Viejo

Enjoy the Magic of the Season!

Shining A Spotlight On Our Star Volunteers