Sousa: ‘Hands Across the Sea’

As is custom, music director Carl St.Clair will once again hold a conducting clinic for children before the orchestra’s Symphony in the Cities events in Mission Viejo and Irvine this month, and then have them come to stage en masse during the concert to lead Sousa’s “Hands Across the Sea.”

Sousa wrote this march in 1899, with such hits as “The Washington Post,” “El Capitan” and “Stars and Stripes Forever” already under his belt. And hits they were. The march was a popular dance form at the time and Sousa was one of the most famous musicians in the country. There was estimated to be more than 10,000 wind bands extant and amateur music-making was in its heyday. Consequently, when a new Sousa march was published, it arrived in a multitude of arrangements for different ensembles and solo instruments.

Here’s the title page of the first edition of “Hands Across the Sea.” Click to enlarge and scroll to the bottom to see the arrangements available. 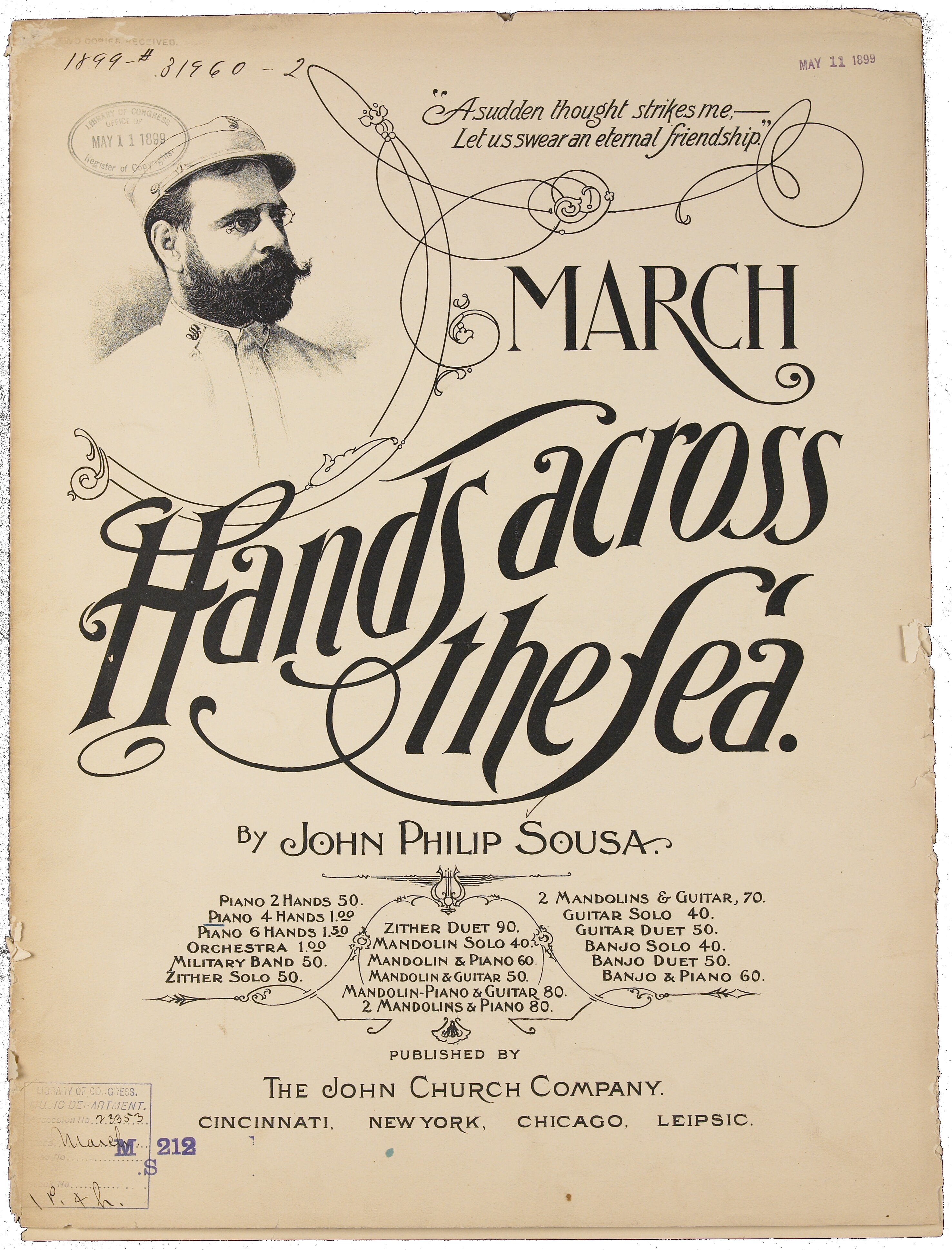 “After the Spanish war there was some feeling in Europe anent our republic regarding this war. Some of the nations…thought we were not justified while others gave us credit for the honesty of our purpose. One night I was reading an old play and I came across this line, ‘A sudden thought strikes me,—let us swear an eternal friendship.’ That almost immediately suggested the title “Hands Across the Sea” for that composition and within a few weeks that now famous march became a living fact.”

Here’s a fine recording of it by the United States Marine Band. 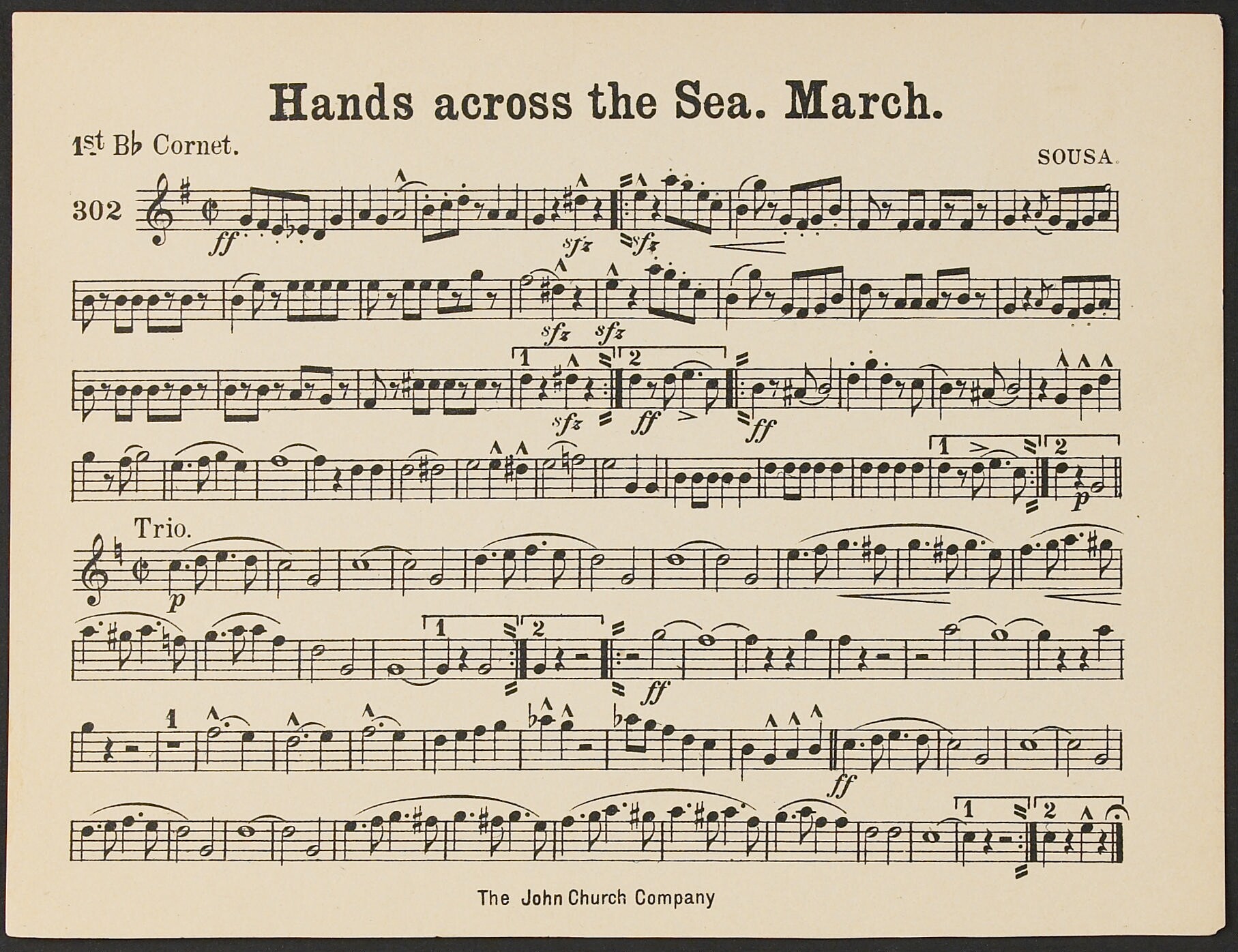 Sousa: ‘Hands Across the Sea’