After more than a yearlong search, Pacific Symphony music director Carl St.Clair named violinist Dennis Kim as the orchestra’s new concertmaster today. He replaces concertmaster Raymond Kobler, who retired in the summer of 2016 after 17 years in the position. 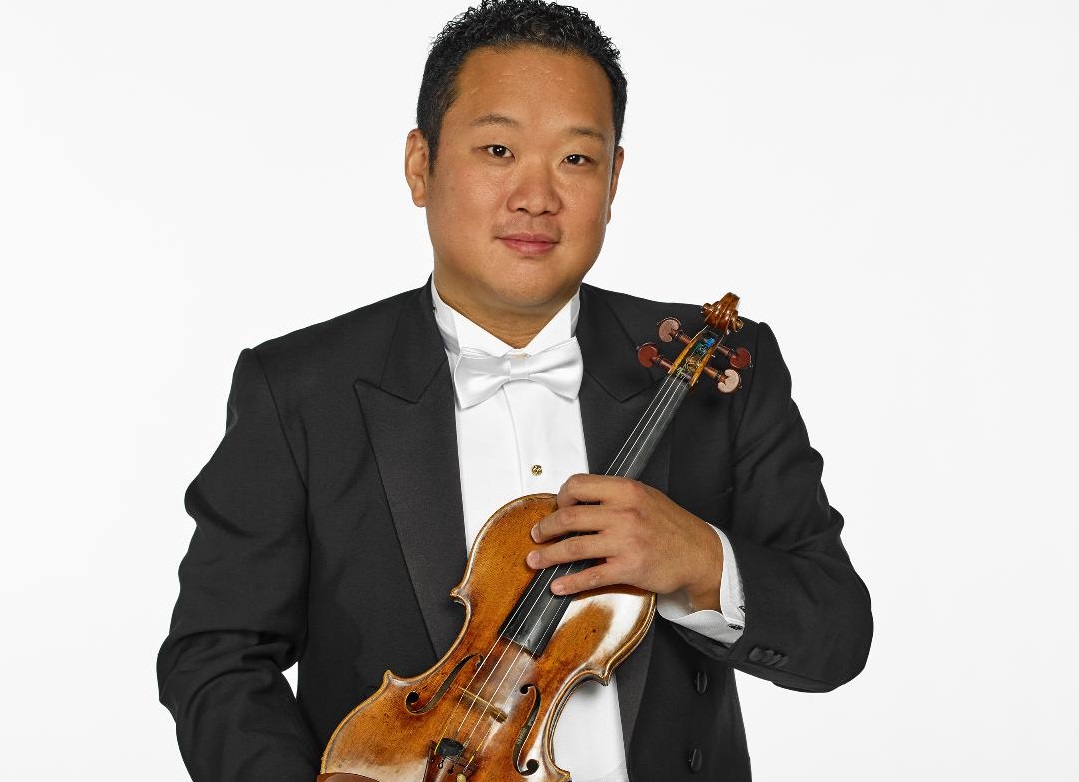 “In Dennis Kim, I welcome a brilliant violinist, consummate musician and a dedicated musical partner,” St.Clair said. “As one who has been concertmaster of leading international orchestras, he is just the right artist to lead Pacific Symphony and its wonderful musicians toward all our musical aspirations.”

“I am excited and honored to take this important position with Pacific Symphony,” Kim said. “When Carl and I first worked together, there was an instant spark and both of us knew there was a special chemistry in our music making.”

Kim, a graduate of the Curtis Institute of Music and the Yale School of Music, will assume the Eleanor and Michael Gordon Concertmaster Chair in September, at the beginning of Pacific Symphony’s 40th anniversary. He has already been playing with the orchestra, however, appearing as concertmaster in its three performances at Soka Performing Arts Center this season.

In concerts June 14-17, Kim will perform as concertmaster-designate in a program that features Richard Strauss’s “Ein Heldenleben,” a work with extensive violin solos.

“Dennis is such a great match for Carl’s passionate approach to music making,” Pacific Symphony president John Forsyte said. “He possesses experience with such a wide range of orchestral, solo and chamber repertoire. We welcome him and his family to Orange County and wish him a long and artistically rewarding tenure.”

Kim’s teachers have included Jaime Laredo, Aaron Rosand and Peter Oundjian. He plays a violin with a distinguished pedigree, the 1701 “ex-Dushkin” Stradivarius, once owned by the violinist and Stravinsky collaborator Samuel Dushkin.