Saturday at Carnegie Hall and other adventures 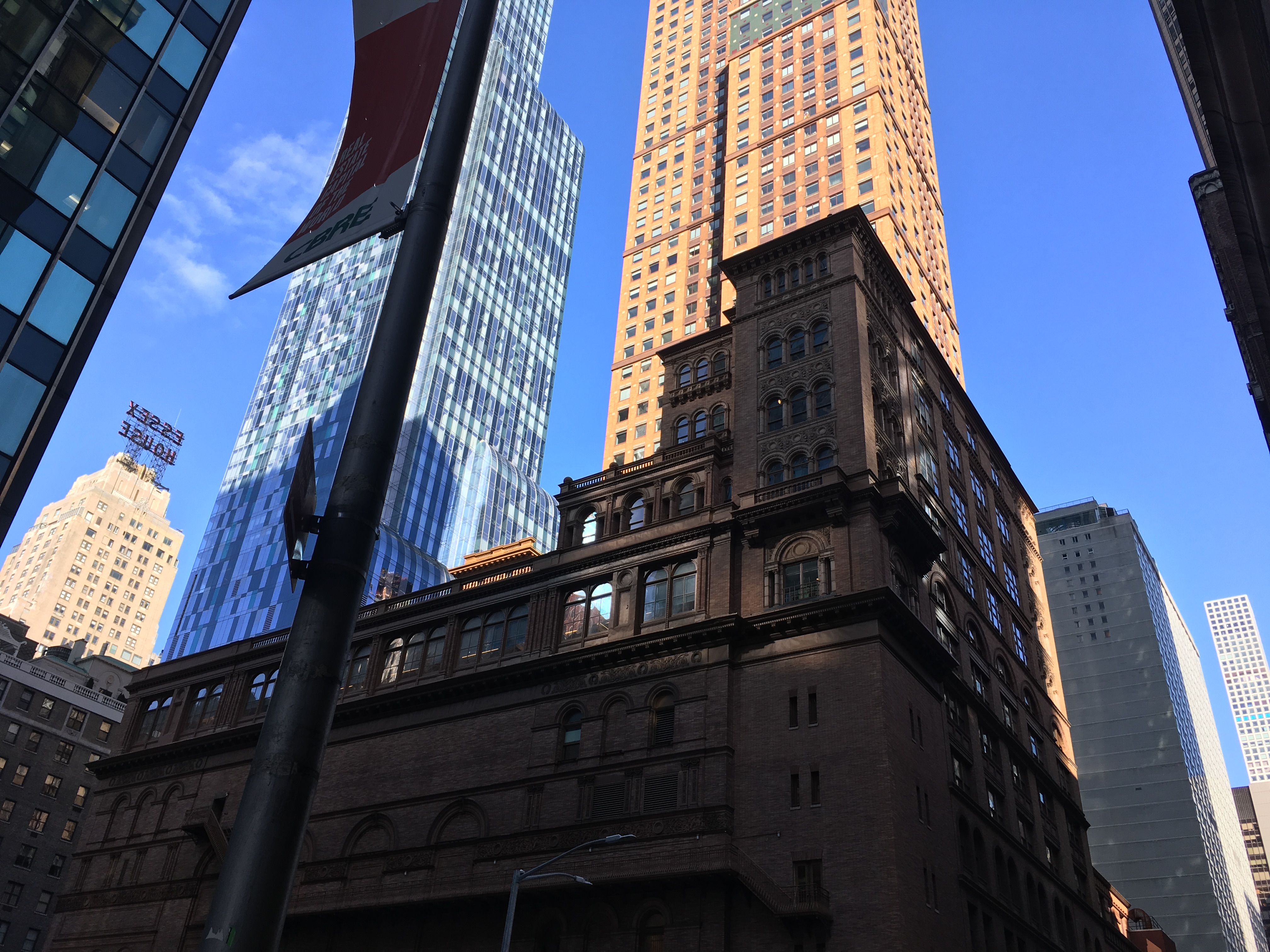 Saturday in New York was jam-packed for anyone associated with Pacific Symphony. My own day started pleasantly with breakfast below the Plaza Hotel with wife and brother-in-law, also in New York on business.

In the early afternoon I met Symphony videographer Paul Harkins to take care of some on camera duties around Carnegie Hall. Then rehearsal inside. Carl St.Clair brought Philip Glass with him to the podium and before running through “The Passion of Ramakrishna” said to him: “If you hear anything you can’t stand, just yell at me.” 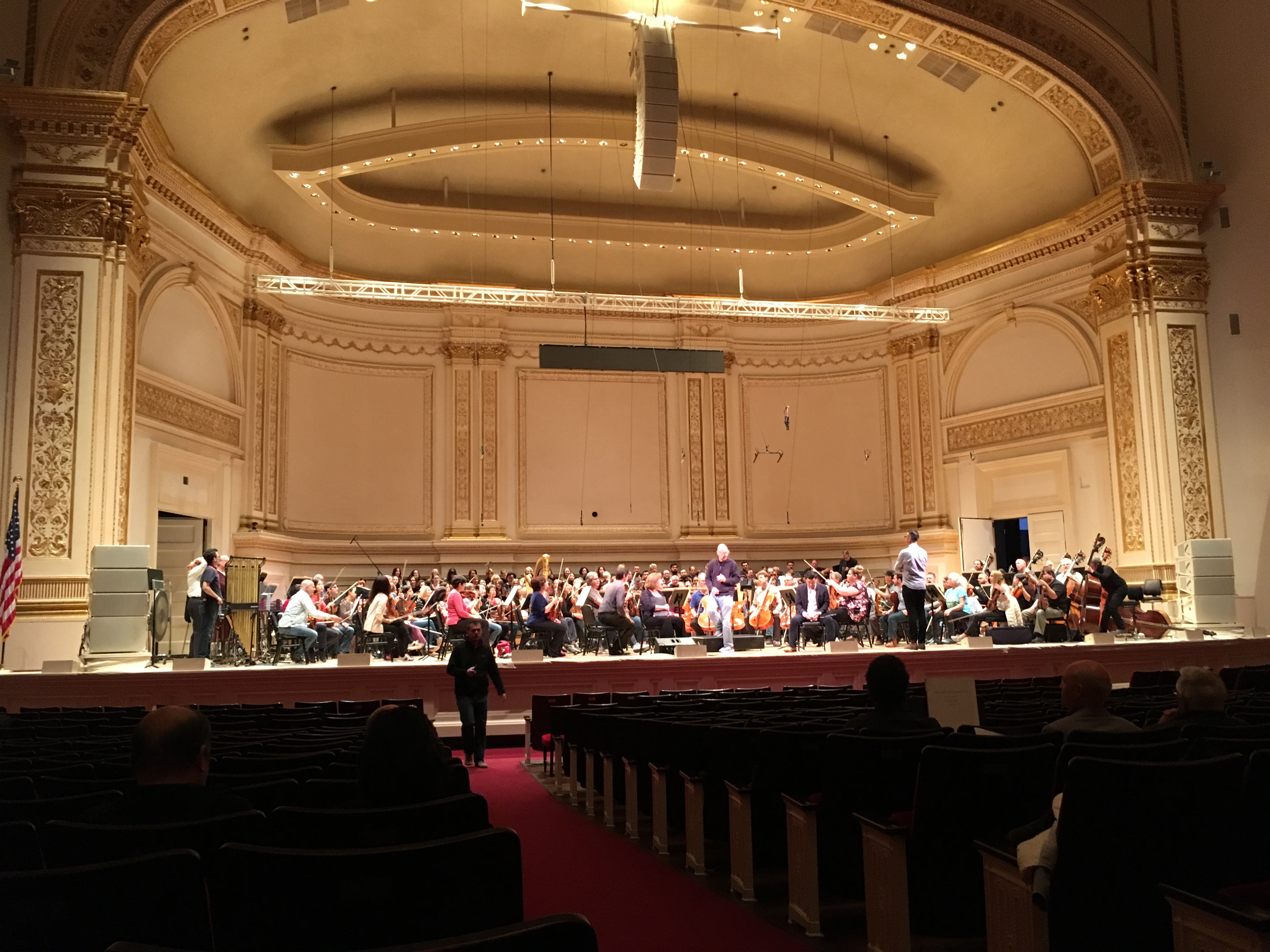 In the event, the composer sat quietly in the hall and listened in silence all the way through. St.Clair adjusted some dynamic markings here and there and now and then turned around to see if assistant conductor Roger Kalia and Pacific Chorale conductor Robert Istad felt the balances were right. (They did.)

When “Ramakrishna” ended, a smiling Glass approached the stage and said simply, “Great, I’ve never heard it sound so good,” and made his exit. Nervous he was not. 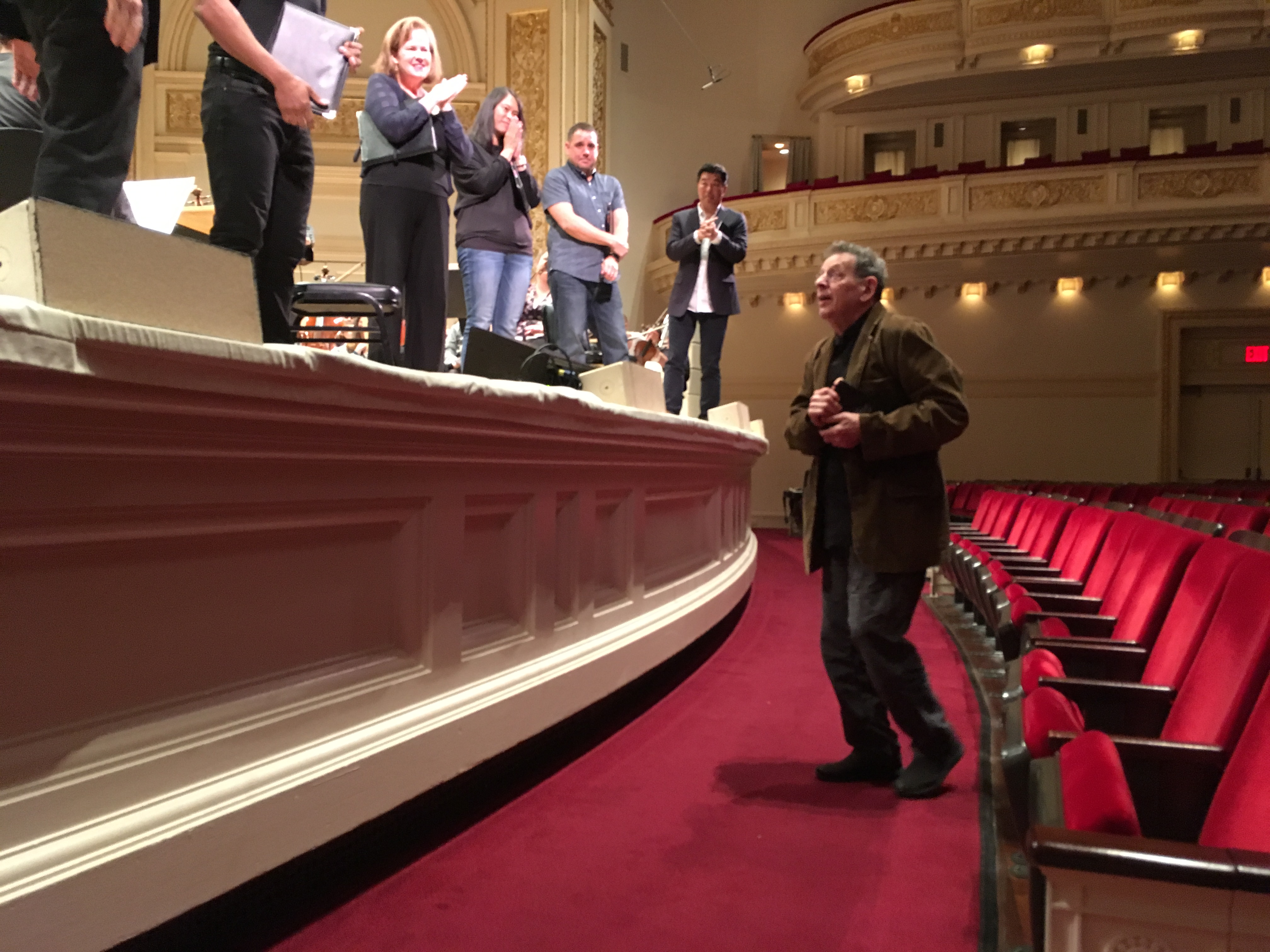 After a break, the rehearsal of Ravi Shankar’s Sitar Concerto No. 3, with sitar soloist Anoushka Shankar, and the Glass/Shankar “Meetings Along the Edge” went similarly without incident and all seemed prepared for the big event.

My next job was to quickly stuff down a dinner — pizza at Angelo’s — for I had a pre-concert lecture to deliver at 7 p.m. at the optimistically named Manhattan Skyline Room at the hotel.

A choice audience showed up for my palaver and seemed to find it illuminating and then we were off to Carnegie — across the street. 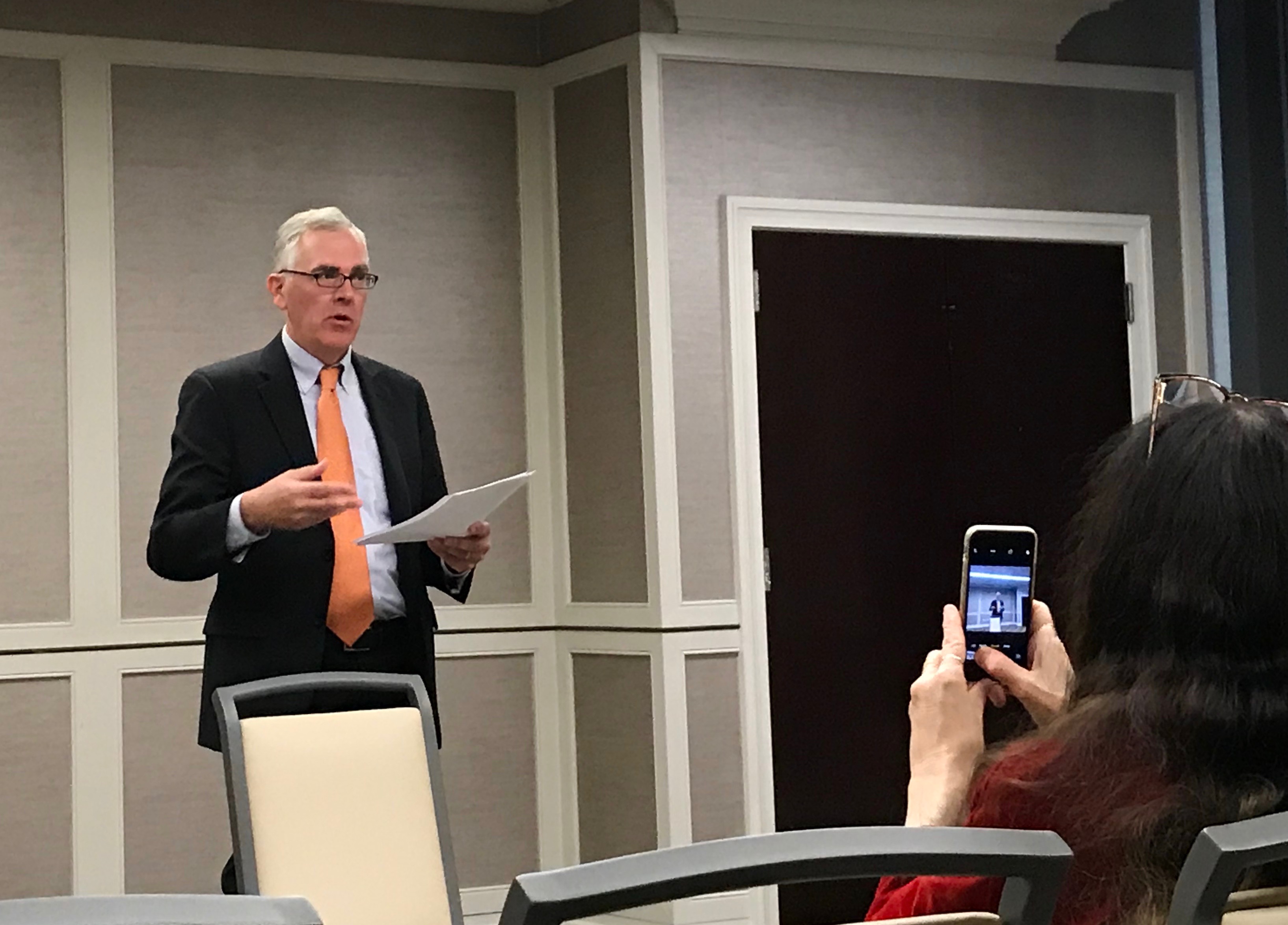 The venerable Hall was warm and sold out. The orchestra and choir and soloists performed superbly, giving the best rendition of this program that these ears had witnessed. There were standing ovations at intermission (after the Shankar) and at the end of the concert (after the “Ramakrishna” premiere). St.Clair interviewed Glass onstage 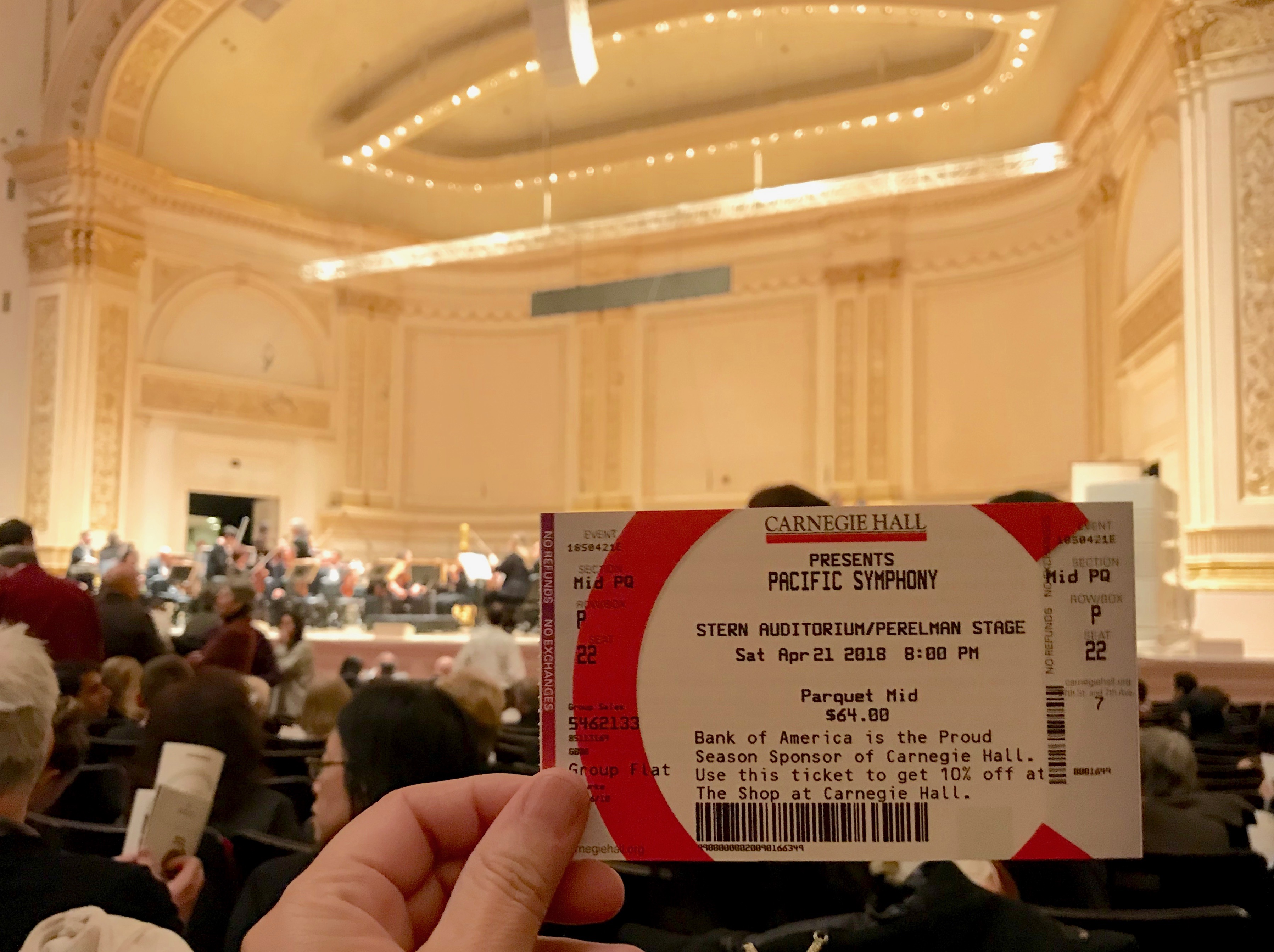 before the latter, the crowd greeting him like a returning hero. The Carnegie acoustics lived up to their reputation, the lower strings sounding especially lush and present. We heard through the grapevine that several critics were present, including someone from The New York Times. (We’ll share the reviews in this space as they become available.)

The after party — in the Rose Museum and adjoining rooms, on the premises — was everything it should be, with speeches and celebration and the composer in almost regal presence. After that, I went down the block for a ridiculously expensive beer with an old journalist colleague and a new friend, a composer who had come to the concert, Raphael Mostel, nephew of the famed Zero. Only in New York. 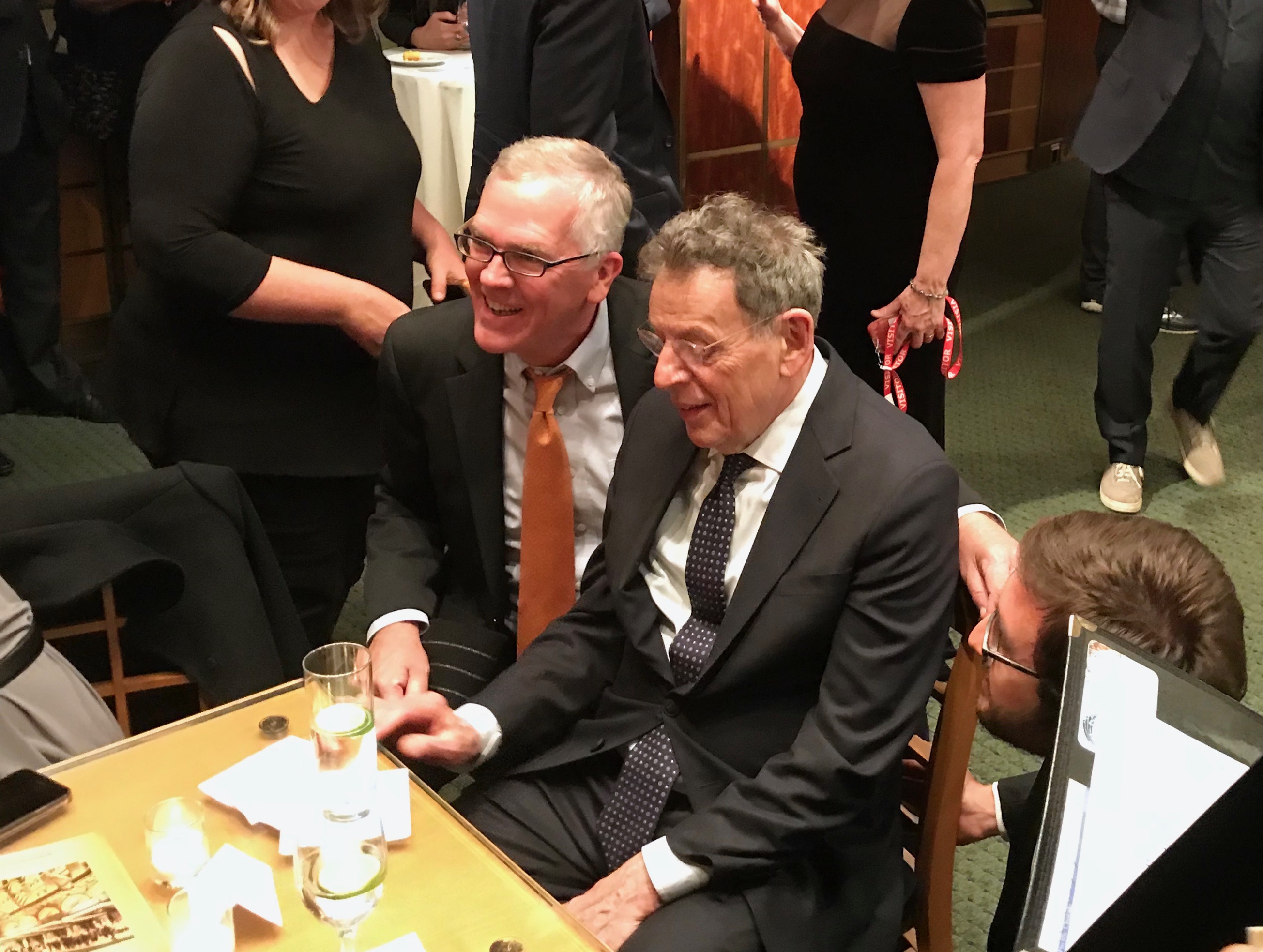 Saturday at Carnegie Hall and other adventures

Audio: Klemperer conducts the Overture to ‘The Magic Flute’