The quixotic quest of Richard Strauss 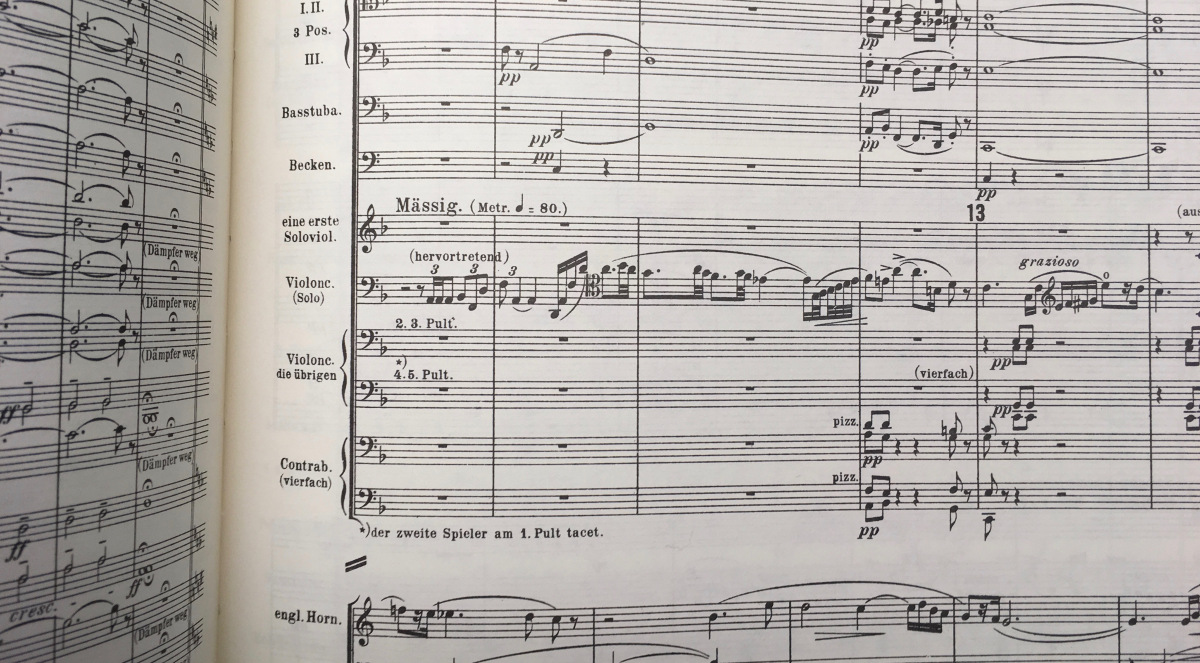 For one thing, it is one of the rare symphonic works that can be genuinely called comedic, symphonic music in general not known for the laughing it causes. For another, it is almost unique in being a piece in which the soloists play characters, in this case Don Quixote and his sidekick Sancho Panza (the qualifying “almost” used only because Berlioz’s “Harold in Italy” comes to mind as another).

Thirdly, there aren’t many pieces with a flock of bleating sheep roaming through it, though sheep indeed do make a brief appearance in a later Strauss work, “An Alpine Symphony.”

“Don Quixote,” of course, is what’s known as a symphonic poem or tone poem, a type of instrumental work that tells a story or paints a picture. Strauss excelled at writing them and became famous doing so. Written in 1897 and given its premiere in 1898, the work is inspired by the Cervantes novel and depicts characters and relates episodes described in the book. The subtitle on the title page of the score reads: “Fantastic Variations on a Theme of Knightly Character.”

Pacific Symphony’s principal cellist Timothy Landauer will be playing the solo part, i.e. Don Quixote, this time around. (The last time he played it was 16 years ago, also with Pacific Symphony and, as now, conductor Carl St.Clair).

“When I play ‘Don Quixote’ I imagine myself tall and proud with the lance and I go up to the horse and I swing my leg over,” Landauer said the other day just before a rehearsal. In that sense, he said, the piece is different than a concerto.

As the soloist in a concerto, “You’re thinking of something else, you’re thinking of just — I hate to say it — but it’s me, me, me.” “Don Quixote” is a much more collaborative work, he says, and the solo cello is part of a bigger, more complex musical story that Strauss is telling.

It can be difficult to know exactly where you are in the story at any given time, for listener and performer alike. Strauss omits labels in the score (at least in the first edition), other than “Don Quixote” on the first appearance of the cello theme and “Sancho Panza” on the first appearance of the viola theme. The piece is laid out as and Introduction, Theme and Variations — the variations each being an episode in the book — and Finale, and there are many analyses and commentaries on the work, based on what Strauss said, that allow us, with some study, to find out which notes and phrases are intended to depict what.

But Landauer says he only recalls the general outlines of the stories when he plays “Don Quixote.” He hasn’t read the book in many years, and then not entirely.

“I use my own imagination to fill in the dots” in the music, he says. “I find that even more fun. I form mental pictures of this piece and I don’t even care at this point whether they are right or wrong because it helps me to play it. And so, I do find that knowing the story is great, but using one’s own imagination, it’s just a fun thing to do, it’s very creative.”

He takes up the cello to demonstrate what he means. In the second measure of the theme, there is a downward leap to a long note, then an swoop up to and then over a high one.

Landauer, quite plausibly, envisions Quixote putting “his foot in the stirrup” for the downward leap to the long note, and then swinging his leg up and over the horse for the upward swoop. “That’s the picture that I have formed,” he says. He has many others for the piece.

Strauss’ “Quixote,” about 40-45 minutes long, is cleverly put together. We are introduced to the doddering knight in the Introduction, his theme first played by the orchestra not the solo cellist. The wandering harmonies and dreamy timbres are meant to represent Quixote losing his reason as he reads old chivalric romances involving knights errant, fair maidens and heroic deeds.

We then get a formal presentation of the two main themes. The solo cello plays an extended theme labeled in the score as “Don Quixote, Knight of the Sorrowful Aspect.” It is gently gallant but also, perhaps, a bit sad and meandering. Then the theme for Sancho Panza, Quixote’s faithful, illiterate, donkey-riding squire, is presented, first heard in the bass clarinet and tenor tuba but quickly taken over by a solo viola. This theme is a bit oafish and, at times, nervous.

The variations that follow are the adventures of this “strange pair,” an adventure per variation.

Variation No. 1, for instance, is the famous episode wherein Quixote attacks the windmills — whence the phrase “tilting at windmills” — mistaking them for giants. Near the beginning of this variation we hear a romantic melody representing Dulcinea, Quixote’s ideal love and damsel in distress (who only appears in Quixote’s imagination).

In Variation No. 2, Quixote does battle with a herd of sheep, thinking they are an army of the Emperor Alifanfaron.

Variation No. 3 actually gets down to the level of the characters speaking; according to the piano score (which offers more detail) the music is a “Dialogue of Knight and Squire. Demands, questions, and proverbs of Sancho; instructions, appeasings, and promises by Don Quixote.”

And so on through ten variations. There is a magical ride through the air, an unfortunate episode on a boat, a fight with a pair of monks (who Quixote mistakes for magicians), a duel with the Knight of the White Moon.

All of this is ingeniously sketched in the music. Quixote’s theme seems constantly galloping off into battle. The monks are a pair of bassoons, slowly chanting in counterpoint. A wind machine is used for the ride through the air. Swirling cellos, basses and woodwinds paint the turbulent waters that almost drown our heroes.

In the most famous, or perhaps infamous, section, the flock of bleating sheep is represented by woodwinds and muted brass using a special technique: flutter tonguing. The effect is uncanny and you can’t miss it.

Elsewhere, it’s easy to miss things, but Pacific Symphony will be projecting supertitles at the beginning of each variation to let listeners know what is going on.

Strauss’s tone poems were controversial in their day, including “Don Quixote.” The French writer Romain Rolland, an admirer of Strauss, thought “Quixote” was a bridge too far.

“This symphonic work marks, in my opinion, the extreme point program music can reach,” Rolland wrote. “In none of his other works does Strauss give more proof of intelligence, cleverness, and prodigious craftsmanship; nor is there another, I add in all sincerity, in which there is such a sheer waste of energy for the sake of a prank, a musical pleasantry, which lasts forty-five minutes, and subjects the composer, the players, and the audience to a painful effort.”

Meredith Crawford, the Symphony’s acting principal viola, has actually played “Don Quixote” three times previously, though none ever as soloist. The first time was when she was a member of the Youth Philharmonic Orchestra at the New England Conservatory prep school and the conductor was none other than Benjamin Zander, that great explicator of classical music.

“It was sort of a more educational first time through than maybe it would have been if I had played it the first time as a professional,” Crawford said. “I do remember him (Zander) sort of talking us through what each different variation meant and what was happening. We talked about the bassoons being the two monks and just all the interesting note painting.”

Like Landauer, she doesn’t recall every detail in the score (one analysis identifies 53 themes and motifs), but she has recently been doing a little research into the character of Sancho Panza in an effort to better sketch him in her part.

What she keeps coming back to is that Sancho is, at bottom, “sincere, but a little bit dopey” and he “prattles on a bit too much.” She adds that she enjoys playing a solo part that is more about creating a character than it is trying to play beautifully all the time .

For the listener trying to follow the ins and outs of “Don Quixote” she has perhaps the best advice.

“If someone is going to see this for the first time you don’t necessarily want them having to check the program notes every five seconds, because that sort of distracts from enjoying the performance.” Get the general idea and know little bits of the story, and you’ll be fine, Crawford says.

“But I also think the music in a way can tell the story so well, just kind of go and enjoy it and see it again another time and have a better understanding of it.”

The quixotic quest of Richard Strauss

One thought on “The quixotic quest of Richard Strauss”