Friday was an eventful day for the orchestra as well as for me.

First, on the personal front, the wife and I grabbed a cab and took in the fabulous Thomas Cole exhibition at the Metropolitan Museum of Art. During our ramblings there, she snapped this rather grand photo: 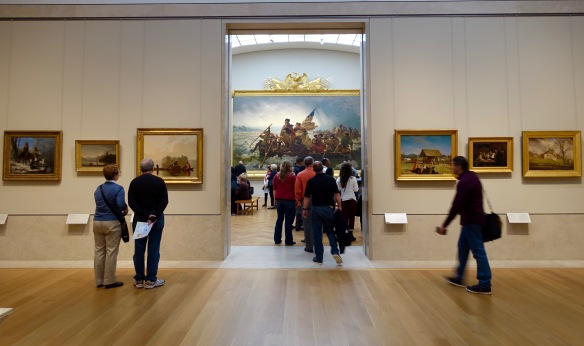 Some hot dogs from a street vendor, mustard on my pants and a chilly walk along Central Park … 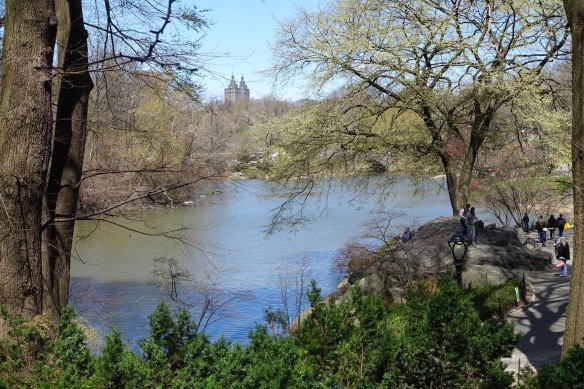 …and I was off to Steinway Hall to hear a discussion moderated by Pacific Symphony president John Forsyte with conductor Carl St.Clair and Carnegie Hall director of artistic planning Jeremy Geffen. 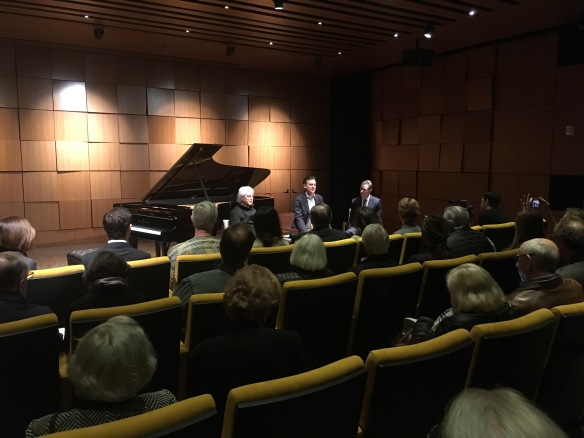 Geffen, it turns out, grew up in Orange County listening to St.Clair and the Pacific Symphony and studied viola at USC. He gave the audience of Symphony patrons some insights in the artistic side of running Carnegie Hall, which is the venue for some 700 concerts a year.

St.Clair spoke movingly and emotionally about the program he has brought for the orchestra’s Carnegie debut, and offered some deep insights into “The Passion of Ramakrishna” by Philip Glass.

Steinway Hall is also a showroom for the famed piano brand. I liked this one: 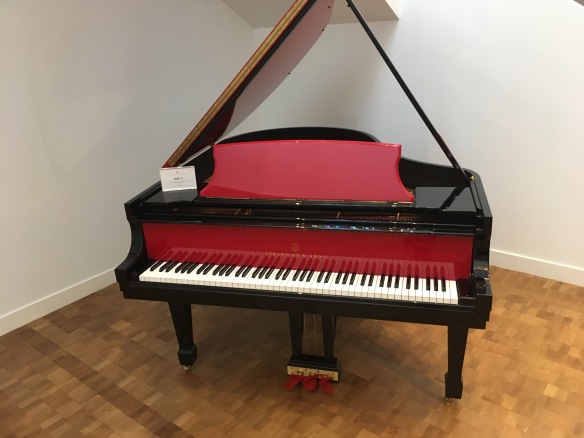 After the discussion, a young pianist, Drew Petersen, winner of a 2018 Avery Fisher Career Grant, gave us a short and impressive recital that included Beethoven’s Sonata, Op. 54, Liszt’s transcription of Schumann’s song “Devotion,” and the crackling finale (a fugue) of Samuel Barber’s Piano Sonata.

The biggest news of the day, though, was this: 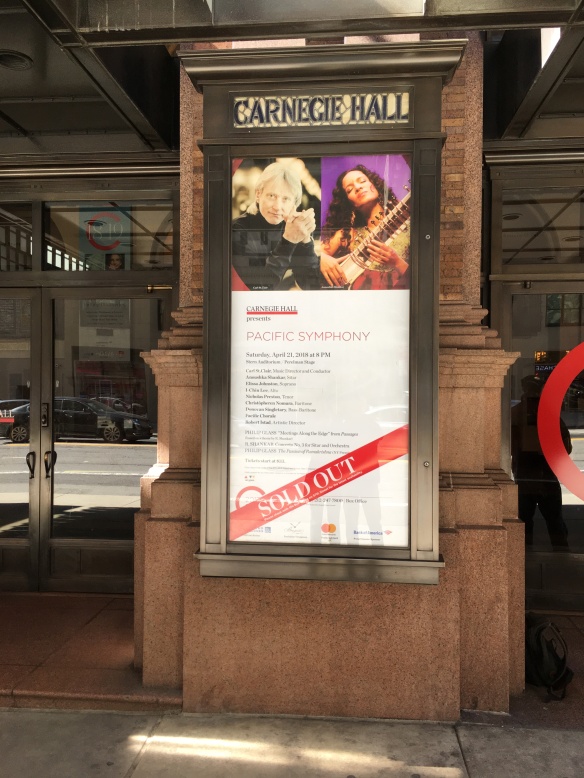 The orchestra has sold out its Carnegie Hall debut concert and the poster duly went up at the entrance.

1 thought on “Friday in New York”