Welcome to Pacific Symphony’s new blog, called, suitably enough, Pacific Symphony Blog. (We decided not to get too fancy with the title.) My name is Timothy Mangan and I’m the writer-in-residence and your host here.

A statement of intentions is perhaps in order. Our focus will be the orchestra of course — its musicians as well as the music it plays. We will offer behind-the-scenes views, interviews, features, videos, news, announcements, short posts and playlists. Maybe even some humor now and then.

We will also range, as time permits, outside of this orchestra’s activities, and consider matters pertaining to Southern California’s classical music scene, and classical music in general. We’d like this blog to be informative, entertaining, and enriching.

We also intend to post often. Please bookmark this page and visit again soon. Your comments are always welcome. Contact me via email at tmangan@pacificsymphony.org. 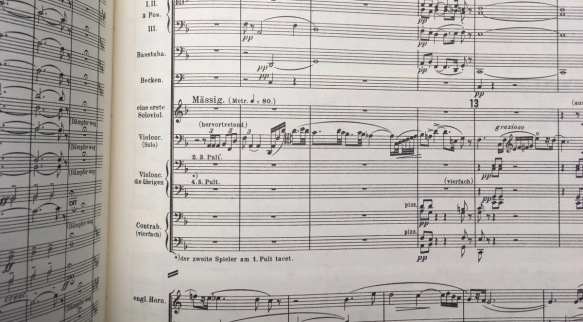 For one thing, it is one of the rare symphonic works that can be genuinely called comedic, symphonic music in general not known for the laughing it causes. For another, it is almost unique in being a piece in which the soloists play characters, in this case Don Quixote and his sidekick Sancho Panza (the qualifying “almost” used only because Berlioz’s “Harold in Italy” comes to mind as another).

Thirdly, there aren’t many pieces with a flock of bleating sheep roaming through it, though sheep indeed do make a brief appearance in a later Strauss work, “An Alpine Symphony.”

“Don Quixote,” of course, is what’s known as a symphonic poem or tone poem, a type of instrumental work that tells a story or paints a picture. Strauss excelled at writing them and became famous doing so. Written in 1897 and given its premiere in 1898, the work is inspired by the Cervantes novel and depicts characters and relates episodes described in the book. The subtitle on the title page of the score reads: “Fantastic Variations on a Theme of Knightly Character.”

END_OF_DOCUMENT_TOKEN_TO_BE_REPLACED

Immigrant-Entrepreneur Charlie Zhang Provides a New Home to the Pacific Symphony and Other Arts Groups. Orange Coast Magazine, May, 2017.

Symphony in the Cities Returns to Orange County: Mission Viejo, Irvine and Orange

Touring the OC with Symphony on the Go!